A new generation self-propelled artillery for the Russian Army will be created on the basis of the unified Armata chassis, which will be a twin-barreled self-propelled gun possessing extremely high firing speed.

On the basis of the unified Armata platform, the Uralvagonzavod concern is developing a heavy rapid-fire self-propelled artillery unit (ACS) of 152 mm caliber, RIA Novosti reports.

At the time of the appearance of Armata, the head of Uralvagonzavod predicted that 28 different machines would be made on its basis. In this line, three have already been implemented: the main T-14 tank, the  T-15 infantry fighting vehicle and the T-16 armored recovery vehicle.

A promising self-propelled gun on the Armata platform will have an improved combat module from the Coalition-SV gun mount with an increased rate of fire, according to sources in the military-industrial complex (OPK). 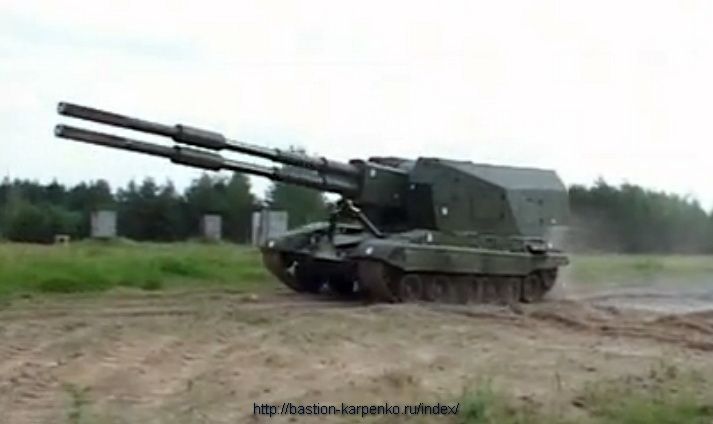 Integration on one platform gives a lot of advantages to this technique, ranging from the use of one repair kit and spare parts, to the possibility of upgrading the entire line of machines. This will also significantly reduce the cost of the process of creating new equipment and its maintenance.  It is reported that the project is currently at the research stage.

“Also, within the framework of the project, the possibility of implementing a double-barreled tower in the new ACS is being considered, which will provide the complex with an unprecedented rate of fire for heavy gun mounts of 30 rounds per minute,” an unnamed source from the defense industry told RIA Novosti. Russia needs a new ACS for superiority over a technically comparable enemy.

A military expert, editor-in-chief of the magazine “Arsenal of the Fatherland”  Viktor Murakhovsky , gave his assessment of the emergence of a new self-propelled gun mount – “the creation of a promising self-propelled artillery system on the Armata platform is designed to solve a number of tasks that are dictated by the requirements of a potential conflict with a technically equal or comparable enemy.”

“To combat such an enemy, the ACS should have a reduced time of fire raid while increasing its density. It should make quick maneuvers to change the firing position immediately after firing, be able to open fire from the march without preliminary instrumental training,” Murakhovsky said.

According to the expert, an analysis of the experience of wars and military conflicts of our time demonstrates that cannon artillery remains a key means of effective destruction on the battlefield. “Therefore, the development of these systems in the Russian Armed Forces is given due attention,” – said Murakhovsky.