Project 18 is a class of Next Generation Stealth Guided Missile Destroyers planned for the Indian Navy. This ship class will be in replacement of the Rajput-class guided-missile destroyers.

The destroyer even may get laser CIWS. It is being developed by DRDO’s Laser Science and Technology Centre, Delhi will employ 300 kW of laser system enough to take out any aerial threat. It will have its own radar. In addition, the warship will have a smaller 100kW laser too. 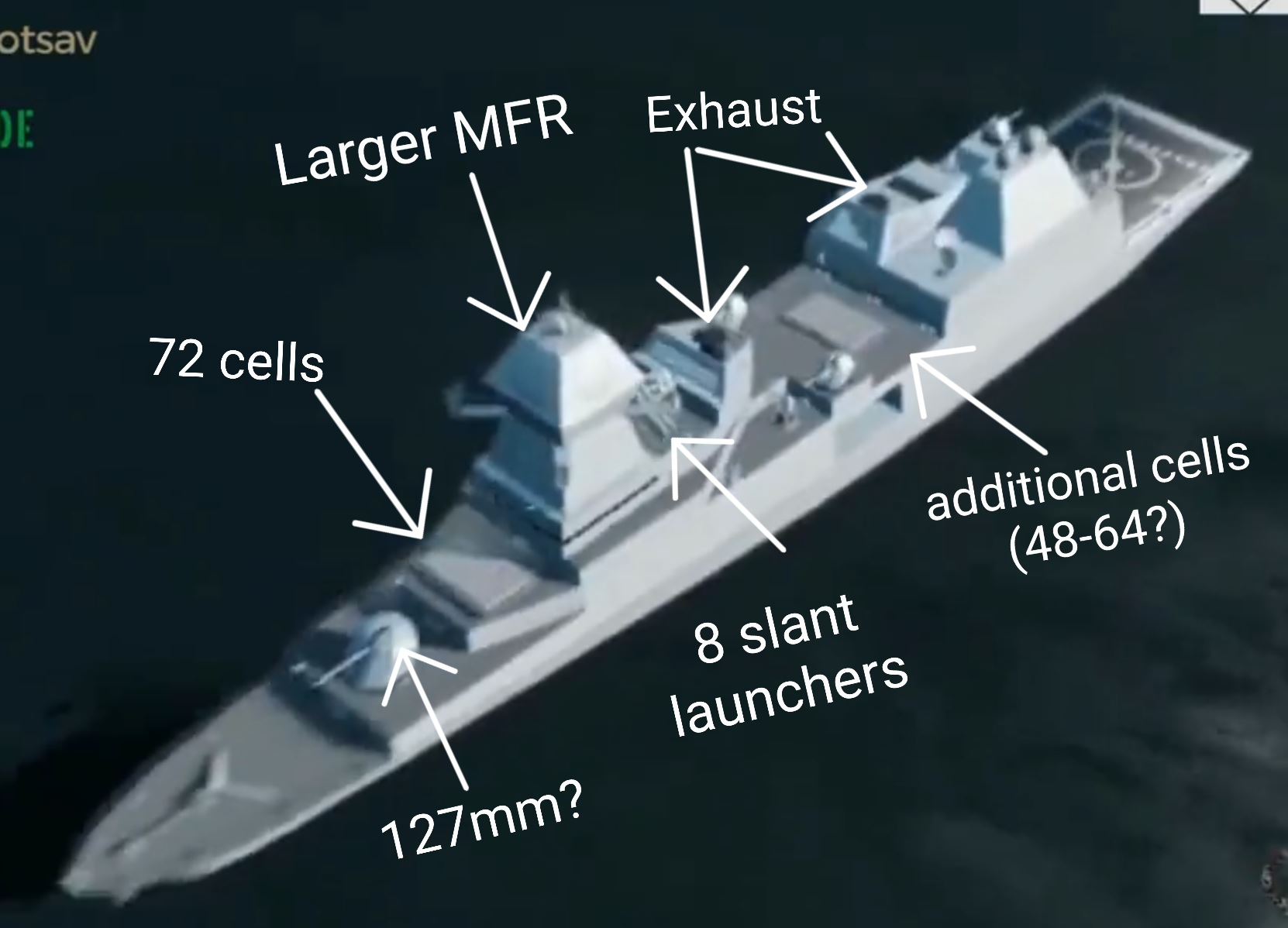 The most interesting part is Indian Navy’s future destroyer will be equipped with Univer vertical launch system. The new UVLS  will provide multiple benifits like it can fire all type of missile from its silos like Brahmos-2 hypersonic missiles, ballistic missiles, Nirbhay long range subsonic cruise missiles. For Air defence the ship will be equipped with Bramos-8ER developed by Indian and Israel. Barak-8ER or LRSAM has a range of 150 km.

Project 18 class New Gen Destroyers of the Indian Navy will have 100% Indian content compared to 90% for P-15B destroyers.