Jammu Airport Explosions: Two Indian Air Force personnel suffered minor injuries in the explosions that took place a little before 2 am at the high security airport located around 14 km from the border with Pakistan

In what is believed to be the first use of drones in a terror attack on an Indian military facility, two blasts took place at the Air Force base in Jammu Airport in the early hours of Sunday.

Two Indian Air Force (IAF) personnel suffered minor injuries in the explosions that took place a little before 2 am at the high security airport located around 14 km from the border with Pakistan. Reports say the explosions, at 1.37 am and 1.43 am, were heard a km away.

According to Indian air force officials, One of the blasts caused damage to the roof of a building in the technical section while another bomb exploded in an open area.

Two low intensity explosions were reported early Sunday morning in the technical area of Jammu Air Force Station. One caused minor damage to the roof of a building while the other exploded in an open area.

There were no immediate reports of any casualties. Teams of Jammu and Kashmir police along with other security agencies and forensic experts have reached the spot to ascertain the nature of the blast. A high-level meeting is underway. The investigation is on and further details are awaited.

There were also reports of two people, including one hardcore LeT terrorist, being arrested on Sunday and a 4.7 kg IED being recovered from them. However, sources said so far, there was no connection between the two incidents. 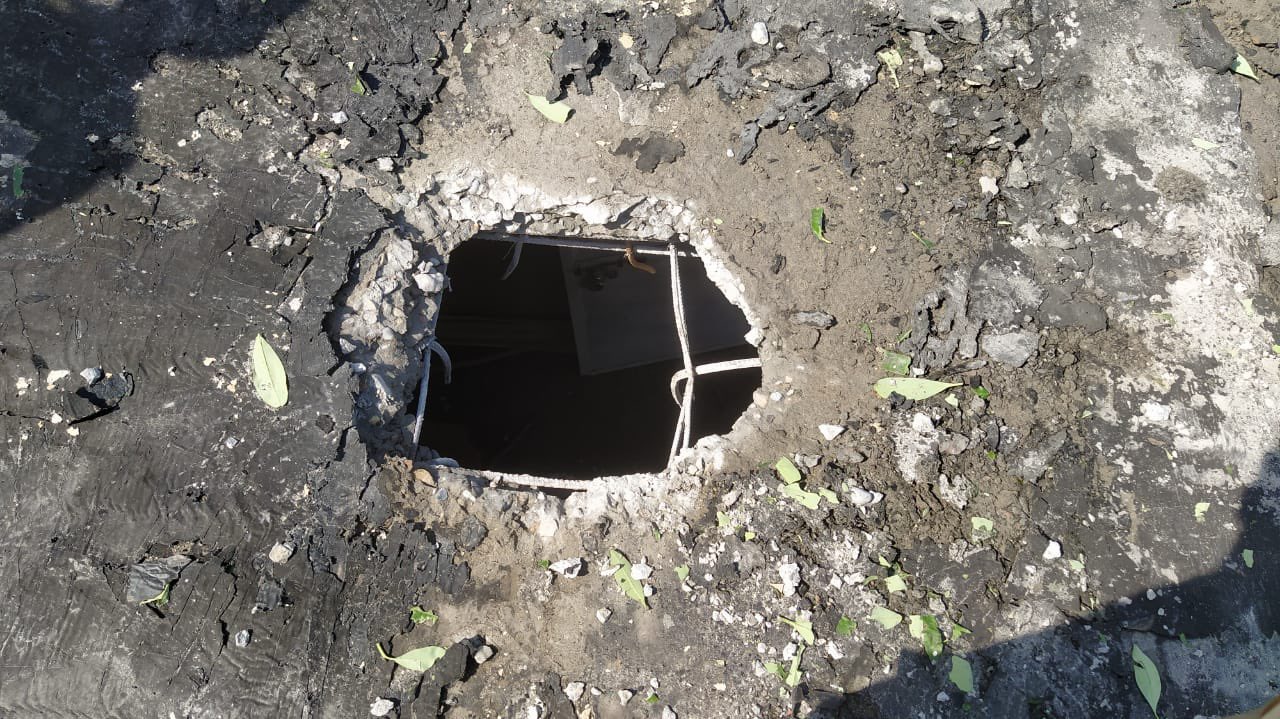 Security forces in Jammu and Kashmir’s Srinagar early this month detected and later defused a suspected improvised explosive device. A suspicious IED planted in a steel container weighing approximately 10 kg was detected near the government quarters in Chanpora, an official had said.

“The attack at the IAF station in Jammu is a terror attack,” said Jammu and Kashmir police chief Dilbag Singh.

An FIR has been registered under the anti-terror Unlawful Activities (Prevention) Act that allows the arrest of suspects and their detention for up to six months without evidence. The National Investigation Agency has taken over the probe.

Teams from the IAF, the National Bomb Data Centre, forensic experts and the Jammu and Kashmir police are also investigating the attack.

The police chief said another major strike was averted when a terrorist, believed to be working for the Pakistan-based outfit Lashker-e-Taiba, was arrested with an IED (Improvised Explosive Device) that was to be used for a strike “in a crowded place”. The arrest is not linked to the airport attack, Dilbagh Singh said.

“Drones with payload were used in both the blasts at Jammu airfield. Another crude bomb was found by the Jammu police. This IED was received by a Lashkar e Taiba operative and was to be planted at some crowded place,” Mr Singh told NDTV.

The Jammu airport is a dual use facility under IAF control, also used to operate passenger flights. Jammu Airport director Pravat Ranjan Beuria told PTI there was no disruption in flights.