Operation Morvarid (Persian for “Pearl”) was one of the fiercest air-naval battles after World War II, when Iran destroyed 80% of the Iraqi Navy in a single day, mainly by American-made aircraft.

Battle around the oil well

On September 22, 1980, Iraqi President Saddam Hussein decided to launch a full-scale attack on Iran in the hope of taking advantage of Iran’s instability after the 1979 Islamic Revolution. Despite the devastating impact of the Revolution, The force renamed the Navy of the Islamic Republic of Iran (IRIN) still shows high combat ability in the war with Iraq.

Reinforced Iraqi forces guard two oil rigs at Mina al-Bakr (today Al-Basrah Oilt Terminal) and Khor al-Omayah, both at the tip of the al-Faw peninsula. Early warning radars installed on top of the rig help the Iraqi Air Force to be alerted to Iranian Air Force activities in a timely manner. They also supported Iraqi missile and torpedo boat attacks on Iranian ships.

Thus, the mission of the Iranian Navy was clear: thoroughly destroy both oil rigs. Pierre Razoux’s “Iran-Iraq War” and Dr. Kaveh Farrokh’s “Iran in the Wars: 1500 to 1988” provide some Western assessments of one of the air-sea battles considered the fiercest since World War II.

The Iranian Navy has assigned a great mission to three of the La Commandante-class missile ships, including Joshan, Gordouneh and Paykan. These German-built 265-ton small ships carry only 30 crew members, traveling at 41 mph.

However, the first two attacks by Iran’s fast attack fleet against Iraqi oil rigs were only moderately successful.

During Operation Kafka on October 28, 1980, the Paykan provided air defense while the Joshan bombarded the al-Omayah rig and the Gordouneh attacked the al-Bakr rig. The Iranian speedboats dodged Iraqi anti-ship and air defence missiles fired at excessively long ranges and shot down three Iraqi warplanes, but despite the numerous shells fired by Iranian ships towards the oil rigs, they still did not cause them to stop working.

Three days later, a follow-up attack planned, known as Operation Ashkan, had similar results. Despite the damage, the Iraqi rigs and radar systems proved too resilient to the cannons of the three Iranian ships.

In late November, Iraqi artillery shelled Iran’s Abadan oil depot, halving the country’s fuel output. Affected by economic hardship, the Iranian military realized that Iraq was even more vulnerable than it was to attacks on such oil depots.

Renowned for their successes in fending off Iraqi air and sea forces, the Iranian Army, Navy and Air Force hatched a more ambitious plan that required closer coordination.

During Operation Morvarid, they aimed to eliminate not only Iraq’s radars but also Baghdad’s vital oil infrastructure. The Iranian military also hopes to destroy the Iraqi Navy in this daring operation.

On November 28, 1980, Operation “Pearl” began with a diversionary attack by Iranian F-5 and F-4 jets on Basra Air Base in Iraq, while the missile fleet Joshan and Paykan continued to bombard the two rigs. When two 235-ton Iraqi Osa II missile boats launched their cigar-shaped P-15 Termti missiles at long range, the Iranian vessels successfully evaded before dispatching the boats with their more reliable Harpoon missiles.

While Sea Cobra crews equipped with night-vision goggles strafed the platform’s deck with 20-millimeter cannon fire, Iranian commandoes roped down from the Chinooks and stormed the rig in a blaze of assault rifle fire, killing or capturing their crews while sustaining twelve casualties. 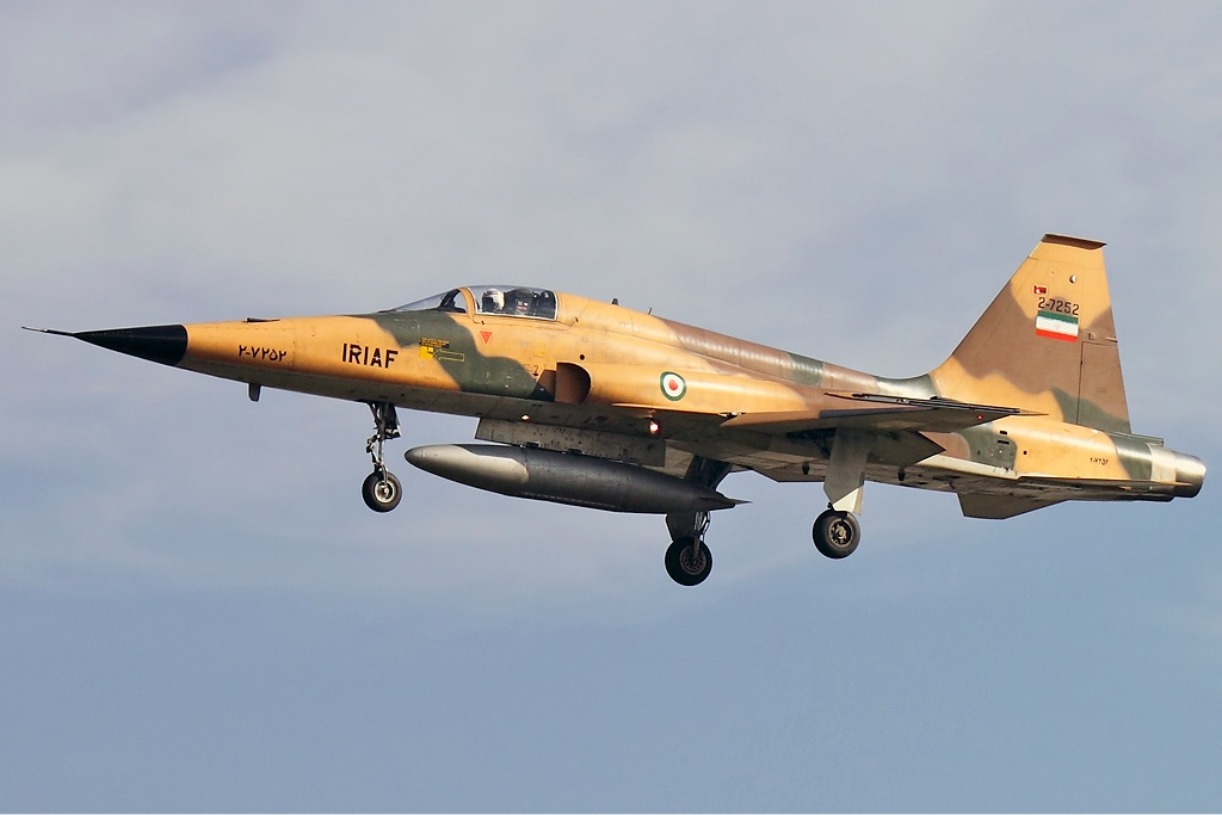 The commandoes then rigged the platforms with explosive charges, used shoulder-fired missiles to fire at two Iraqi-jets, then made their escape in six amphibious hydroplanes as the platforms blew sky high.

At that point, the greater strength of the Iraqi Navy’s Osa missile boats and 25-meter long P-6 torpedo boats came rushing to the scene, looking to avenge the platform’s destruction in blood. The Iranian missile boats, running low on ammunition, did their best to use the wrecked oil platforms for cover from a flurry of Iraqi missiles.

Things had gotten hairy in the air as well as squadrons of twin-engine MiG-23BN fighter bombers and MiG-23MF interceptors roared into the battles alongside French-built Super Frelon naval helicopters armed with Exocet missiles.

The Paykan dodged several missiles before she received a glancing hit by a 5,700-pound Termit missile that exploded nearby. Her deck gun nonetheless managed to down a heavy Su-22 attack jet that went soaring overhead. She then fired her last Harpoon missile and sank another Iraqi boat, but was struck by a missile fired by an Iraqi helicopter.

Still, the Iranian naval command denied requests from its boat commanders to withdraw. That’s because their job was to pin the Iraqi Navy down so it could be hit by a counterstroke that was inbound from the Iranian Air Force.

Phantom jets came howling down to the Paykan’s rescue and quickly sank two or three of the P-6 torpedo boats using Maverick missiles.  Later that day, an Iraqi naval detachment from Umm Qasr including an amphibious ship and three small patrol boats was destroyed by another Phantom strike.

A separate flight of F-4 Phantoms and F-5 Freedom Fighters struck Basra itself, knocking out surface-to-air missile batteries that might impede the air attack, and destroyed several more boats and landed Frelon helicopters.

Their intervention was too late for the damaged Paykan. While MiGs and helicopters swarmed around her, two Osas closed in four the kill, firing four Termit missiles at short range. Two struck, their thousand-pound warheads finally annihilating the battle-scarred boat.

Meanwhile, a swirling air battle had broken out between the MiGs and Phantom fighters, the latter also were supported by advanced F-14 Tomcat fighters with powerful AWG-9 radars.

Claims about who shot down what vary wildly. Iran lost between one and three Phantoms to ground fire and MiGs. Around six MiG-23s were destroyed by both Phantoms and missile boats, and one MiG was shot down by a Tomcat as the Iraqi pilot made an attack run on the Joshan.

In exchange for sinking the Paykan, the Iraqi Navy lost five Osa missile boats and four P-6 torpedo boats—roughly 80% of its strength. It would play little role for the remainder of the war, leaving it up to the Iraqi Air Force to launch attacks on Iranian shipping.

Even more significantly, the loss of the terminals cut Iraqi oil production to just 17% of its pre-war yield: from 3.25 million barrels per day to just 550,000 barrels. As Hussein had bitten off way more than he could chew by invading Iran, he would increasingly have to take out huge loans from neighboring Arab states to buy the vast quantities of military equipment Iraq needed to stay in the fight.

Eight years later, the Iranian Navy itself saw much of its own combat strength destroyed by the U.S. Navy’s Operation Praying Mantis—which ironically mirrored the Operation Morvarid in several striking respects.  U.S. Navy surface ships bombarded two Iranian oil platforms used as military staging grounds and radars; both were boarded by troops from helicopters and subsequently demolished, and airpower subsequently sank much of the Iranian’s Navy’s strength—including the battle-hardened Joshan.