hina’s People’s Liberation Army Air Force has evolved rapidly since the early 1990s from the least advanced in Northeast Asia, the small fleets of North Korea and Taiwan included, to arguably the most capable in the world other than perhaps the U.S. Air Force. The service’s inventory is by far the most modern of any large air force, and has benefitted from access technologies from both its own large and well funded defence sector and from Russian technologies which have been provided through aircraft sales and technology transfers. China is on track to become the world’s leading aerial power by 2030, in parallel to the rapid and massive expansion and modernisation of its navy and ground forces, and several next generation designs are set to enter service in its fleet in the coming decade. An assessment of the People’s Liberation Army’s five most capable combat jets is given below. 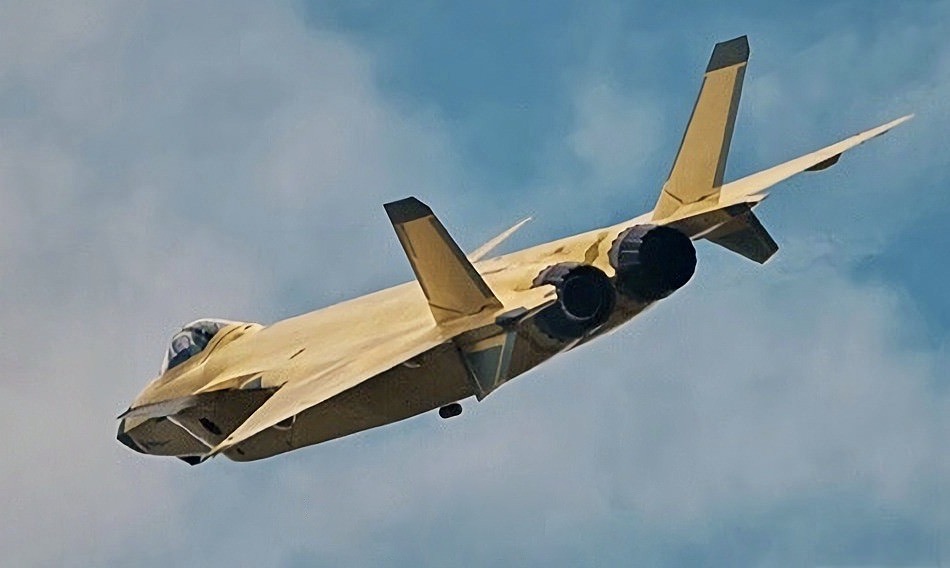 The first fifth generation fighter developed outside the United States to enter service, the J-20 has evolved rapidly since it first became combat ready in March 2017, integrating new WS-10C engines, distributed aperture systems and electronic warfare systems among other significant improvements. The fighter is a twin engine heavyweight air superiority aircraft comparable to the American F-22 Raptor, and is equipped with a high payload of PL-15 long range air to air missiles and a heavy AESA radar for excellent situational awareness. The J-20 is set to continue to evolve and, like the parallel American F-35 single engine fighter program, new next generation technologies continue to be developed for integration onto its airframe from hypersonic air to air missiles to new stealth coatings, electronics and laser weapons. 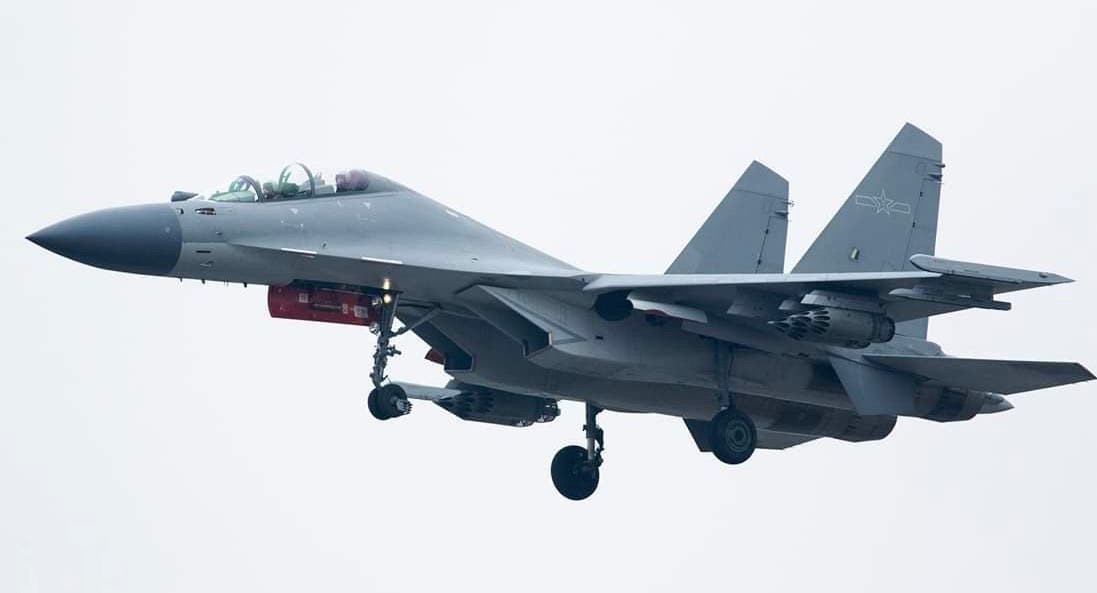 China’s most advanced derivative of the Su-27 Flanker design, a Soviet fighter which it assembled under licence in the mid 1990s before developing the indigenous J-11, J-11B and J-15, the J-16 represents a major improvement over the original design integrating a number of next generation technologies. The fighter makes use of a high composite airframe, integrates modern avionics and electronic warfare systems, and is the first and currently the only Flanker to make use of an ASEA radar providing situational awareness which is likely superior to the Su-35. The aircraft was designed primarily for a strike role, and lacks thrust vectoring engines installed in Russian Flanker derivatives, but is capable of deploying unique long range air to air missiles designed specifically to target enemy support aircraft such as tankers and AWACS at very extreme ranges. The fighter is well balanced and equally capable in both air to air and air to ground roles. 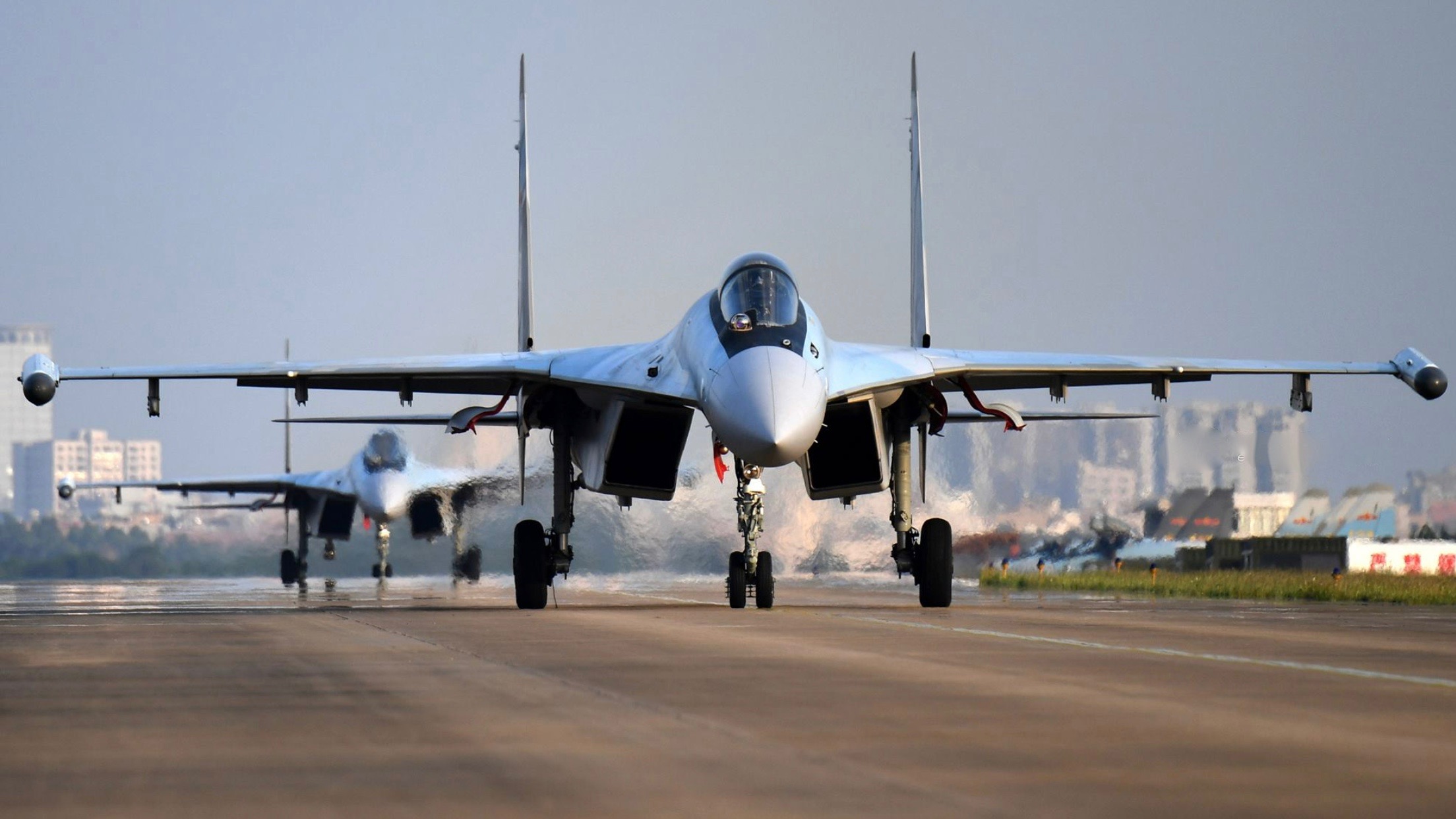 Acquired from Russia from 2015, the Su-35 ‘4++ generation’ air superiority fighter was designed to take on the American F-22 Raptor, and has served in the Russian Air Force since early 2014. The platform is prized for its unrivalled manoeuvrability, using powerful three dimensional thrust vectoring engines and a high composite airframe to reduce weight, and is capable of deploying up to 14 air to air missiles. The fighter’s maintenance requirements are low by the standards of heavyweight fighters, and the aircraft boasts a powerful IRST system for close range engagements, an Irbis-E radar to provide high situational awareness at long ranges range, and access to R-37M hypersonic air to air missiles. These are considered the most capable air to air missiles in the world, and have a 400km engagement range, a Mach 6 speed, powerful sensors and high manoeuvrability to ensure high precision. 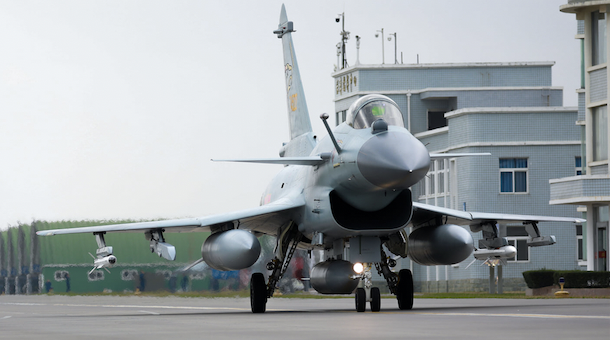 China’s latest class of fighter to enter service, the J-10C is arguably the most capable single engine fighter ever developed and comfortably outperforms competitors such as the F-16, JF-17 and Gripen. Dubbed a ‘4++ generation’ jet like the Su-35, the aircraft integrates thrust vectoring engines, a high composite airframe and an AESA radar, and has access to a range of high end munitions initially developed for the J-16 and J-20. These includes the PL-15 long range air to air missile, which provides it with almost double the range of most American and Russian fighters which rely on the AIM-120C and the R-77 respectively. The aircraft retains a high operational altitude, endurance and speed for a light single engine jet, and is prized for its low operational costs and maintenance requirements and its high sortie rate. While the fighter is considerably more sophisticated than the Russian Su-30 in any of its current variants, including the PLA’s Su-30MKK, as a lightweight single engine jet its flight performance, range, weapons payload, manoeuvrability and the size of its sensors are far more restricted. The aircraft’s small size, however, make it cost effective to operate and allow for a higher sortie rate than other heavier platforms.

The J-11BG is an advanced variant of the J-11B heavyweight fighter which entered service in the early 2000s, and benefits from integration of a number of next generation technologies including a large AESA radar thought to be derived from that of the J-16, state of the art electronic warfare systems and cockpit displays, and access to the PL-15 as its primary long range air to air missile. The J-11B was developed based on the Soviet Su-27 Flanker, which was widely considered the most capable fighter fielded by any air force in the world during the Cold War and was produced in China under license as the J-11. The J-11B was significantly more advanced than the Soviet original, with a lighter and more durable airframe due to higher use of composite materials, and with new sensors, avionics and electronic warfare systems which far surpassed those of its Russian counterpart. Where the J-11B was a leading fighter of its time, and for many years the most capable in PLA service, the J-11BG program represents an effort to bring the aircraft up to the standard of more modern Chinese fighters and is considerably more capable.