The Middle East is rich in oil. As we all know, this hot, desert and desert land should be a barren land, but because of the rich oil resources underground, some countries in the Middle East seem to have a cornucopia. For example, Saudi Arabia, a major oil producer in the Middle East, such as Iran, which has been sanctioned by the United States for decades but relied on oil to survive, and Qatar, which is not as well-known as Saudi Arabia but is quietly making a fortune!

These oil-producing countries in the Middle East generally have a characteristic, that is, although they have accumulated huge wealth by relying on oil, their overall strength is generally weak, lacking an industrial system or even an agricultural system, and lacking core scientific and technological competitiveness.

At present, several countries in the Middle East have introduced or are about to introduce expensive advanced fighter jets. Even Iran, which has been sanctioned by the United States for decades, has broken through layers of resistance and reached an agreement with Russia on the introduction of Su-30SM and Su-35.

Of course, the rich UAE is not satisfied with a mere 100 four-generation fighter jets. The United States has approved a plan to sell 50 F-35A fighter jets to the UAE. However, the UAE recently announced the suspension of this arms purchase agreement. Of course, the plan to suspend the purchase of F35 is not The UAE is short of money, but dissatisfied with some of the practices of the United States! When the announcement was made to suspend the introduction of the F-35, the UAE turned around and ordered 80 Rafale fighter jets from France, with a total contract value of up to 14 billion euros! If converted into US dollars, the unit price of these Rafale fighter jets is 200 million US dollars.

The third is Qatar. The cartel is a small country with a land area of ​​only about 11,500 square kilometers and a total population of less than 3 million. The Qatar Air Force has fewer active troops, only about 2,000, but also because of the huge wealth of oil, it has been buying and buying! The Qatar Air Force’s active fighter jets are 25 Rafale fighter jets and 12 Mirage 2000 fighter jets. In addition, 72 F-15QA fighter jets have been introduced from the United States at a unit price of 300 million US dollars, and 4 have been delivered! Do they really need so many fighters with only 2000 active personnel? Are these 2,000 personnel are all pilots?

Next is Kuwait. Kuwait is also a small country with a land area of ​​more than 17,800 square kilometers and a total population of less than 5 million. The current active personnel of the Kuwaiti Air Force is about 5,000. The number of fighter jets is relatively small among the major oil countries in the Middle East. Currently, there are only 50 fighter jets in active service. These 50 fighters are 21 FA-18C and 32 FA-18E. 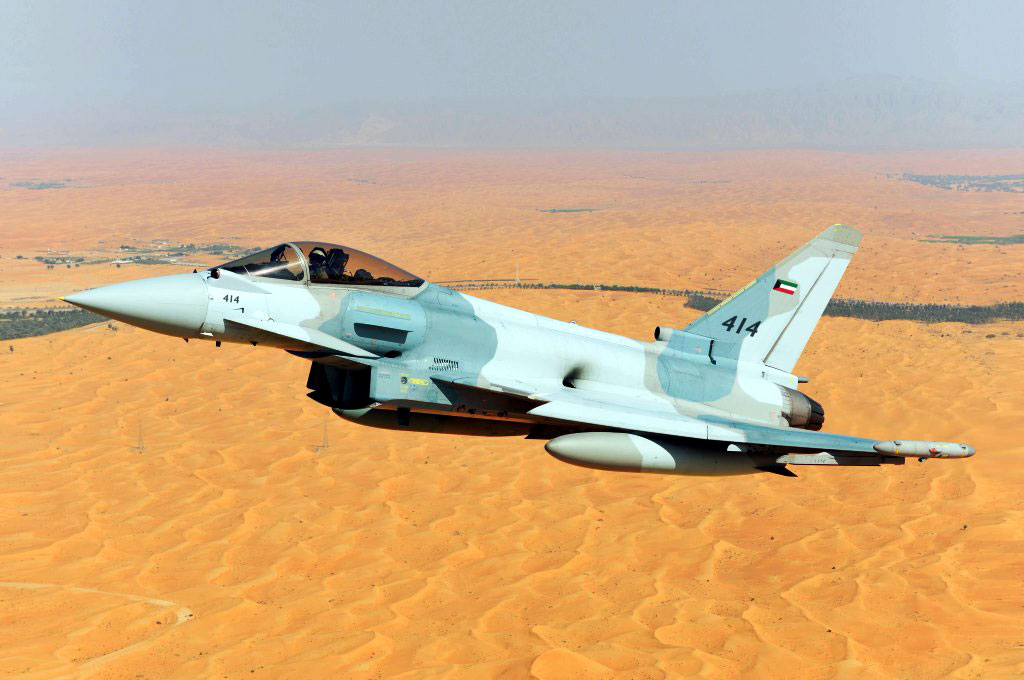 Finally, let’s take a look at Iran, which is also a big oil producer. Iran’s size is considered to be the strongest in the Middle East. However, due to decades of sanctions by the United States, Iran’s overall economic situation is not as good as the above-mentioned major oil giants, but oil is still a cornucopia at present, so Iran’s wealth is Not bad! Due to well-known reasons, the United States and other Western countries will naturally not sell weapons and equipment to Iran, so Iran has purchased dozens of Su-30SM multifunctional fighter jets from Russia this year. The unit price of Su-30SM is far lower than the above-mentioned F-15QA, Rafale, Typhoon, etc. but the introduction of dozens of heavy 4.5th generation fighters at a time shows that Iran does have a certain economic foundation. After all, many countries cannot afford such a transaction!

On the whole, except Iran, all other middle east countries are equipped with Western fighter jets. One thing these fighter jets have in common is that they are very expensive. The unit price of F-15SA, Rafale, and Typhoon fighters is not less than 200 million US dollars. Although these fighter jets are relatively advanced among the 4th generation of aircraft, the price of more than 200 million US dollars is still a bit expensive.