Next, we will not discuss how many air-to-air bombs are appropriate to bring, but only how many air-to-air bombs a fighter can carry. Let’s just talk about the “most empty bombs” that – I – know of, with pictures and facts. * It is still very difficult to find high-resolution pictures with exact information descriptions. I hope you will at least politely give a like, thank you!

Since the old hornet can carry 12 missile, it is certainly not a problem to enlarge the upgraded version of the super hornet. The picture below is from the F/A-18F (AA104) of the famous VFA-103 “Pirate Flag” squadron. The state of the wingtip pylons cannot be seen, only the 4 pylons and 2 air intakes under the wing can be seen 8 AIM-120s on a pylon. 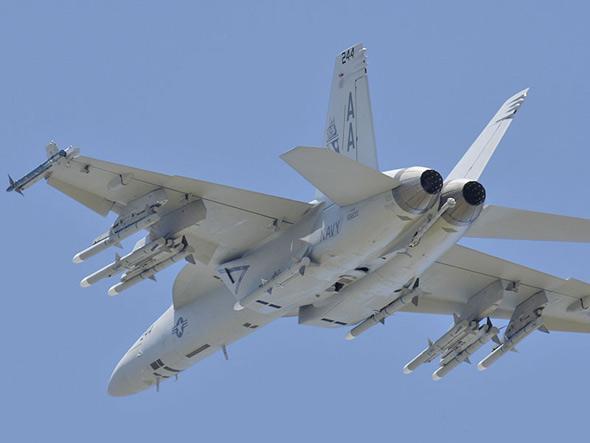 In the pictures of the F/A-18E/F above, none of the planes use the innermost hard point on the upper wing. All wing hardpoints are used, as shown in the picture below: a total of 12 bombs – eight AIM-120 + two AIM-9 + 2 Ham AGM-88; but the super hornet in the picture below does not use the air intake hanger. The below pictures id from the actual combat mounts of the U.S. Navy airstrikes in Syria in 2017. The aircraft pictured is a F/A-18F of the VFA-213 “Blacklions” squadron. Mounts visible in the picture: ten 1000 lb GBU-32 JDAM + two 188 lb AIM-9X + 400 lb Advanced Targeting Forward-Looking Infrared/ATFLIR pod + 480 gallon External tank. 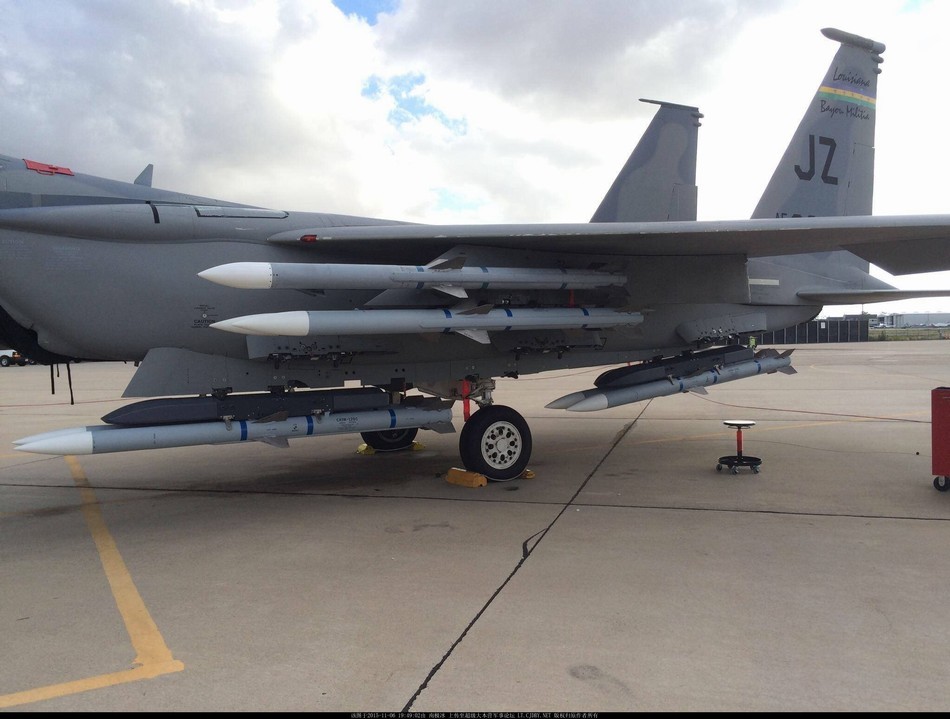 The above pictures is from the F-15C of the 159th Fighter Wing of the US Air Force Indiana Air National Guard, verifying the “F-15 2040C configuration”. As can be seen in the picture, a total of 8 air-to-air missiles are mounted on the left side of the fuselage – 7 AIM-120 + 1 AIM-9X. Unfortunately, there is no full photo of the entire plane, or maybe am a bit lazy to dig the internet for a full photo.

On the whole, the mount is as shown in the conceptual diagram above: 16 empty-to-air bombs – 14 AIM-120 + 2 AIM-9X. The sentence of “the maximum theoretical empty mount of 18 pieces” is “on the basis of the mounting scheme shown in the figure above, the centerline of the fuselage is mounted on a double pylon .” At the Tokyo International Aerospace Exhibition, Boeing displayed the improvement plan for the Japanese F-15J/DJ, including the mounting configuration of these 18 air-to-air bombs.

The picture above shows The latest toy of F-15 variant, the F-15E “Attack Eagle”, is the latest toy from the Middle East tyrant Saudi Arabia. The mount in the picture is: 12 AIM-120+2 600-gallon external drop tanks. Theoretically, the composite pylon at the wing root of the F-15SA does not mount the fuel tank but is replaced with a 4-unit composite pylon, and the pylon under the conformal fuel tank/CFT is also changed into a composite pylon, and the center line is hung with a double pylon, then, F-15SA’s maximum air-to-air missiles load is 22.

[The F-15 series of new models can carry up to 22 air-to-air bombs. This should be the best of all fighter jets] 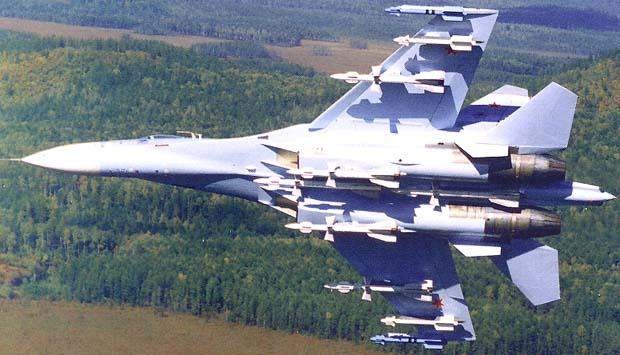 The loading capacity of the Flanker family is also very impressive, and it is not uncommon to see pictures of more than 6 air to air missiles in a single machine. The SU-27SK in the picture above is equipped with 10 air-to-air missiles – 6 R-27 + 4 R-73 – all 10 external hardpoints of the SU-27 series are used.

In fact, the SU-30 and SU-35 series in the Flanker series have 12 external hardpoints, so there is no problem in realizing the theoretical load of 14 air-to-air missiles. The following picture is from the Indian air force SU-30MKI on the slag picture has 12 missiles mounted –  The fighter is equipped with 4 R-77+  4 R-27 under the main fuselage + 4 R-73 air to air missiles.

So, how does the theoretical maximum mount of 14 come from? It is because the two pylons on the center line of the SU-35 fuselage can support composite pylons, and each composite pylon can hang 2 R-77s, so that the whole SU-35 can mount 14 air-to-air bombs. It is the SU-35S exhibited at the МАКС-2017 Moscow Air Show. It can be seen from the picture that the groin space between the two air intakes of the SU-35 is not enough to support two missiles hanging side by side. The Russians’ final solution is to “stagger the front and rear” of the dual pylons.

It is unremarkable to mount “F-35” in “stealth Mode”, but if it is “Beast Mode”, F-35 can mount 16 AAM. The following picture (picture source – Lockheed Martin’s official website): F-35 “stealth” and “Beast” mode comparison