India has quietly launched its third Arihant-class nuclear-powered ballistic missile submarine in the last week of November in Visakhapatnam.

According to a report by the British “Jane’s Defence Weekly” on December 29, 2021, India’s third “Arihant” class nuclear-powered ballistic missile submarine, code-named S4, was launched on November 23, 2021, in Visakhapatnam dockyard, India.

The British publication further reported that satellite imagery had confirmed that at 7,000-tonnes, the S4 SSBN was ‘slightly larger’, with a load water line measurement of 125.4m compared with 111.6m of the 6,000-tonne INS Arihant, the lead boat in this class. It categorised the S4 – and successive boats – as ‘Arihant-stretch’ variants.

n its December 29 report, the magazine declared that the submersible ballistic nuclear submarine (SSBN), known simply as S4, was launched on November 23 and had been ‘relocated’ to near the ‘fitting-out wharf’ that was presently occupied by INS Arighat, the second such nuclear-armed missile submarine. Arighat was launched in November 2014, and currently awaits commissioning that has reportedly been delayed possibly due to the ongoing COVID-19 pandemic, Janes said. Consequently, the Indian press had not reported the S4 SSBN’s launch.

From the satellite imagery, the S4 is much larger than the first two submarines in the series. According to the “Jane”, the total length of the first nuclear submarine of this class, is about 111.6 meters, with a displacement of about 6,000 tons, while the total length of S4 is estimated to be close to 131 meters with a displacement of more than 7,000 tons. 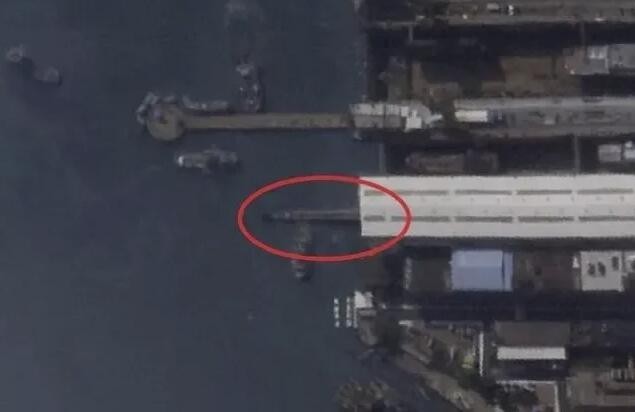 It is speculated that the length of the submarine may be increased to accommodate the new vertical launch system. According to the news previously disclosed by the media, the number of vertical launch units of the submarine has doubled (8), and it can carry 8 K -4 submarine-launched ballistic missiles or 24 K-15 missiles. The ranges of the two missiles are 3,500 kilometers and 750 kilometers, respectively. It is worth noting that the K-4 submarine-launched missile can be equipped with a nuclear warhead, which also means that the S4 will have considerable strategic strike capabilities.

The first of the SSBN pack, INS Arihant (code name S2 was launched amidst much fanfare, when it was launched on July 26, 2009, with Gursharan Kaur, wife of then Prime Minister Manmohan Singh, breaking a coconut on the hull, to mark its launch in Visakhapatnam. While second Arihant class submarine is either in the final stage of sea trial or already in service with the Indian Navy. Indian Navy keep maintaining low profile on Nuclear submarine, so its hard to tell the exact status of submarines.

According to The Hindu the construction, commissioning, testing and status of the SSBNs are directly under the Strategic Forces Command (SFC) or the Strategic Nuclear Command (SNC), which is under the control of the PMO (Prime Minister’s Office). Confirming the launch, a senior naval officer said that the launch of a submarine is nothing more than getting the outer hull floated in water. It was in the dry dock area till now and it is now in the water. It is still a long way for sea trials, weapon trials, and commissioning.