Japan is making its plans for the further development of the Air Self-Defense Force (VSS), and the F-3 project occupies a key place in them. Its goal is to create a promising new generation fighter aircraft with high tactical and technical characteristics. While this project is in its early stages, and some of its features have not yet been determined or published. Not so long ago, new details became known.

In recent times, the Japanese Ministry of Defense has published some interesting news and new materials on the F-3 project. It follows from them that the solution of organizational issues is now being carried out. After completing this stage, it will be possible to move on to solving engineering problems. At the same time, there is already a rough understanding of what the new aircraft should be like.

In December 2020, the Ministry of Defense published a new image of the future fighter, reflecting current views on the project. The figure shows an integrated aircraft with a high wing and a collapsed V-shaped tail. The power plant includes a pair of turbojet engines. The armament is planned to be placed on the external and internal sling.

At the same time, we are not talking about the final determination of the appearance of the future aircraft. The discussion of this issue continues, and the most interesting proposals are taking place. Thus, the possibility of attracting foreign aircraft manufacturers to work is being considered, incl. with direct borrowing of their technologies and developments.

It is reported that in the 2020 financial year, it is planned to launch a full-scale development work on the F-3 theme. To do this, the FY2020 defense budget is provides for a separate item for 28 billion yen (more than 250 million US dollars). Funding will continue in the coming years – likely to be allocated comparable amounts.

Mitsubishi Heavy Industries has already been appointed the lead developer of the F-3 fighter. It is also planned to involve other companies in the project, incl. foreign. This year, the Japanese Ministry of Defense is going to find potential foreign participants. BAE Systems, Airbus, Lockheed Martin, etc. will receive invitations.

The intention to cooperate with foreign companies led to the emergence of versions about possible approaches to design. The version about plans to borrow developments or even to create an F-3 aircraft based on an existing foreign machine is somewhat popular in the media. Which aircraft will be copied or processed depends on which foreign company will cooperate with Mitsubishi. However, officials do not comment on such versions in any way.

Plane of the future

According to known data, while the project of the F-3 fighter is in its earliest stages. Several years remain before a complete set of documentation appears, as well as before the construction of a prototype. The construction of the prototype will begin only in the mid-twenties, and its tests may last until the end of the decade. 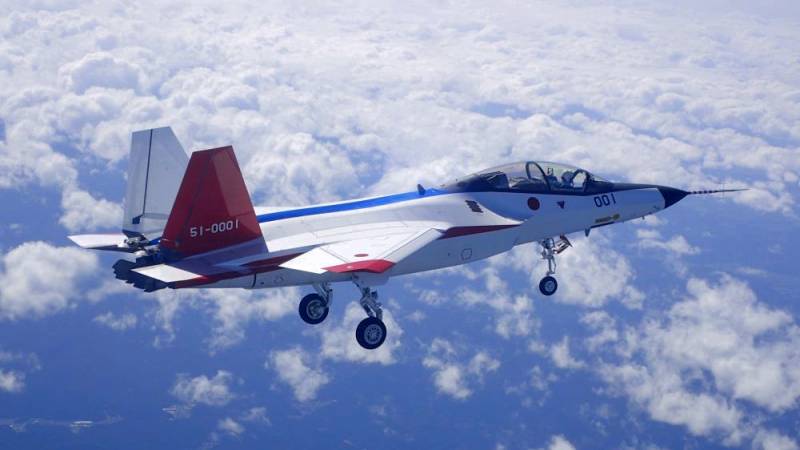 The main goal of the F-3 project is a full-scale renewal of the tactical aircraft fleet of the Japanese Air Force. With the help of these aircraft, it is planned to replace the aging F-2 fighters – a reworked version of the American F-16. The production of such machines began in 1996 and continued until 2011. According to the current plans of the command, the F-2 will remain in service until the thirties.

The forces of industry regularly carry out repairs and modernization of existing fighters, but in the future they will be abandoned. In about 10-12 years, BCC plans to begin the process of decommissioning outdated F-2s with replacement of new F-3s.

The F-3 aircraft is being developed with an eye to the distant future, which affects the requirements for it. For some time, it has been argued that the project will use elements of the conditional sixth generation of fighters. Thus, the promising F-3 will have significant advantages over the current Japanese Air Force fighters. In addition, he will be able to remain in the ranks and effectively solve the assigned tasks in the distant future.

Currently, the tactical aviation of the Japanese Air Force uses several types of aircraft. The basis of this fleet is formed by the fourth generation fighters F-15J and F-2. The operation of such equipment may continue for the next several years, but then replacement will be required. Plans for rearmament have already been drawn up, and even their implementation has begun.

First of all, VSS will be updated by purchasing American fighters of the latest fifth generation F-35 Lightning II. There is a contract for the supply of approx. 150 of these aircraft in two modifications. More than two-thirds of the deliveries will come from the F-35A; it is also planned to purchase 42 F-35B aircraft. To date, the United States has managed to transfer more than a dozen new fighters to the customer, and Japan is training personnel.

Over the next few years, new imported F-35s will serve alongside older aircraft types on hand. Then the process of writing off obsolete samples begins, which will change the balance of power and increase the responsibility assigned to the Lightning. 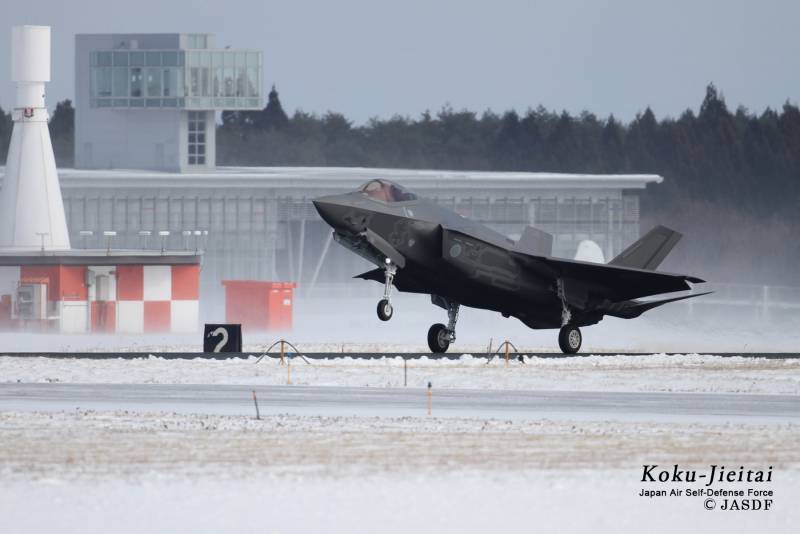 One of the first F-35A for the Japanese Air Force

In the future, at the turn of the twenties and thirties, the command plans to start purchasing the next sixth generation fighter. The deliveries of serial F-3s will allow for the gradual decommissioning of the hopelessly outdated F-2 while gaining well-known advantages.

Thus, according to the current plans of the Japanese command, over the next years, the Air Self-Defense Forces will seriously update the fleet of combat aircraft with a noticeable increase in combat effectiveness. During the twenties, the full-fledged introduction of fifth-generation fighters into practice will be carried out, and at the turn of the thirties, the troops will receive equipment of the next model.

It should be noted that in such plans, the current F-3 project occupies a special place. In fact, it is this project that is a key component of the rearmament program and determines the future of the Japanese Armed Forces for the next several decades. In addition, he will have to demonstrate the ability of the Japanese industry to create a new generation of aviation technology.

Japanese aircraft builders have already demonstrated their ability to create modern aircraft – the result is the experienced X-2, which was tested in the recent past. However, the industry now faces new challenges. The promising F-3 should be developed with a focus on the distant future, for which it must meet the requirements for the sixth generation that has not yet taken shape.

It is not known whether it will be possible to fulfill all the existing plans. So far, the F-3 project is in its earliest stages, and even the general appearance of the aircraft has not been determined. However, Japan Air Force and Contractor companies are determined and intend to bring their own next generation aircraft to production and service. In the meantime, the Air Self-Defense Forces will have to use the existing equipment and master a new foreign model.