This is the space agency’s first launch since a nationwide coronavirus lockdown was initiated by Prime Minister Narendra Modi on March 23. An earlier launch – of the GSAT-30 telecommunication satellite – was completed in January, but that was from a base in French Guinea.

The launch took place at 3.12 PM after a 26-hour countdown. The launch was delayed by 10 minutes due to bad weather and debris in the flight path, ISRO sources told news agency PTI.

India sent its first space mission in almost a year with a launch of EOS-01, an earth observation satellite, this afternoon. EOS-01, along with nine satellites from foreign countries, was launched by a PSLV rocket twelve minutes past three. 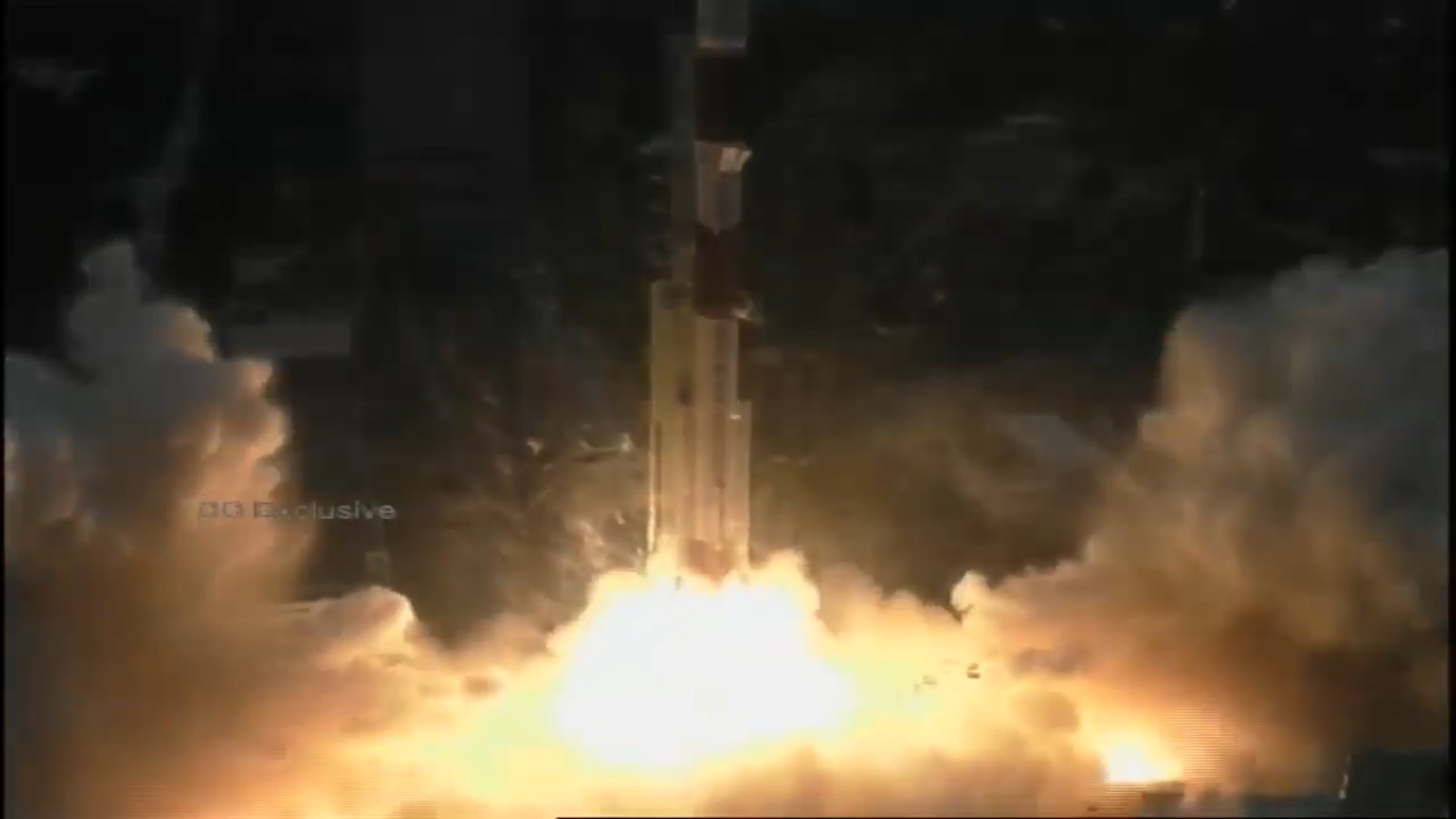 This is ISRO’s first mission since the launch of RISAT-2BR1, another earth observation satellite similar to EOS-01, on December 11 last year. After that, ISRO had also sent communication satellite GSAT-30 in space in January this year, but that was done using an Ariane rocket launched from French Guiana.

Thereafter, ISRO’s launch schedule was entirely derailed by the coronavirus

epidemic. ISRO had planned more than 20 satellite launches in the fiscal year 2020-21, including high profile missions like Aditya L1, the first exploratory mission to Sun, and unmanned Gaganyaan, the precursor to India’s first manned space flight. Half of the planned launches were those of earth observation satellites like the one which were sent today.

EOS-01 is nothing but another Radar Imaging Satellite (RISAT) that will work together with RISAT-2B and RISAT-2BR1 launched last year. EOS-01 was initially named RISAT-2BR2, and was supposed to be the third of the three-spacecraft constellation aimed at providing all-weather round-the-clock service for high-resolution images.

With EOS-01, ISRO is moving to a new naming system for its earth observation satellites which till now have been named thematically, according to the purpose they are meant for. For example, the Cartosat series of satellites were meant to provide data for land topography and mapping, while the Oceansat satellites were meant for observations over sea. Some INSAT-series, Resourcesat series, GISAT, Scatsat, and some more are all earth observation satellites, named differently for the specific jobs they are assigned to do, or the different instruments that they use to do their jobs.

Land and forest mapping and monitoring, mapping of resources like water or minerals or fishes, weather and climate observations, soil assessment, geospatial contour mapping are all done through earth-observation satellites.

Henceforth, it seems, all the earth observation satellites would be called EOS-series.

EOS-01, like its cousins RISAT-2B and RISAT-2BR1, uses synthetic aperture radars to produce high-resolution images of the land. One big advantage that radar imaging has over optical instruments is that it is unaffected by weather, cloud or fog, or the lack of sunlight. It can produce high-quality images in all conditions and at all times. 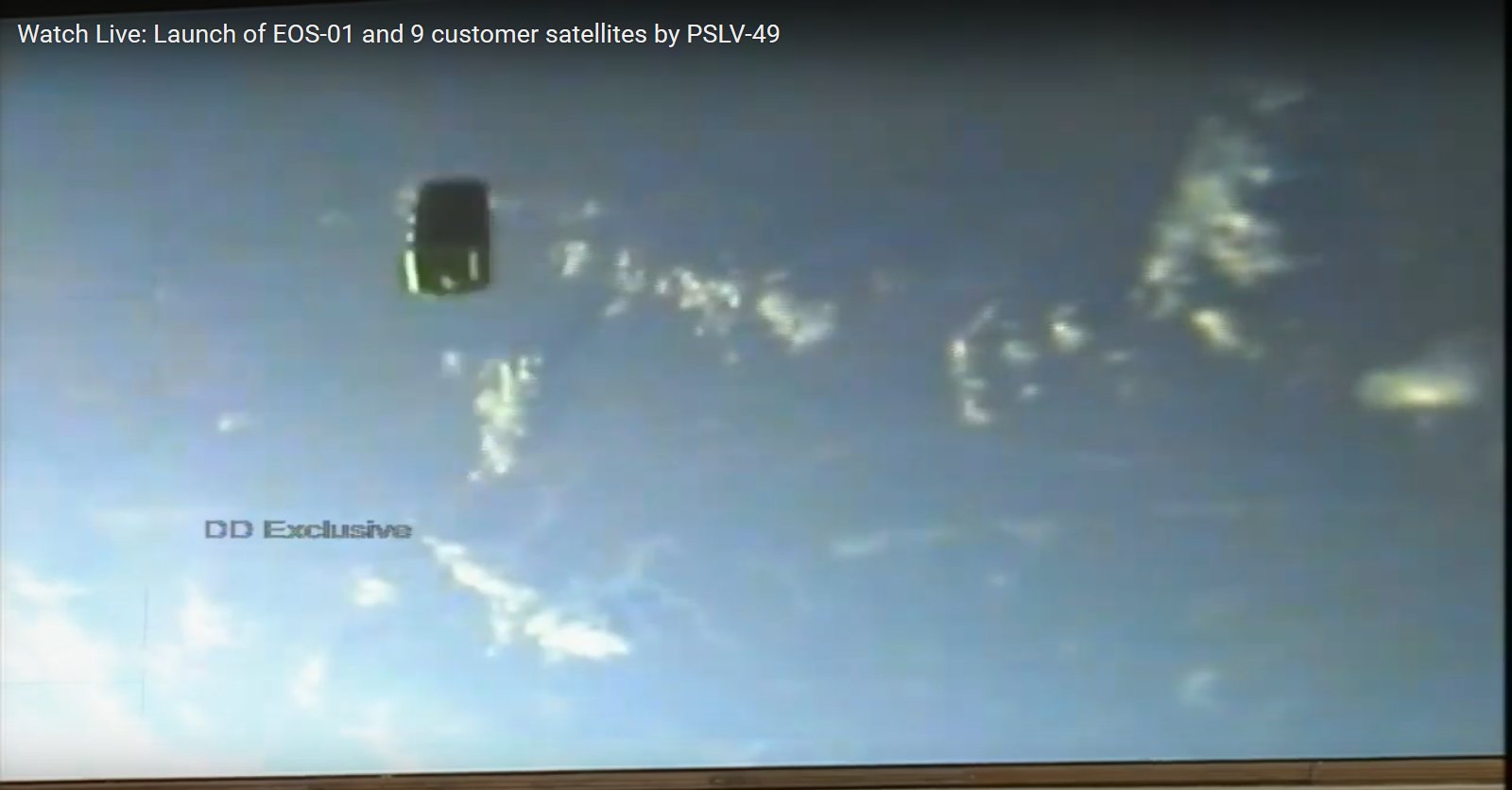 EOS-01, and its sister RISATs, use X-band radars that operate at low wavelengths and are considered best for monitoring of urban landscape, and imaging of agricultural or forest land. According to ISRO, EOS-01 is intended for applications in agriculture, forestry and disaster management support. The radar images are also considered to be immensely useful for military requirements.

For the launch of EOS-01, ISRO used a new variant of its PSLV rocket that has been flown only once before, in January last year, when it had placed the Microsat-R satellite in orbit. This Microsat-R was the one that was brought down in March last year in India’s first anti-satellite test, a demonstration of its capability to hit an in-orbit enemy satellite in space.

This variant of PSLV does not become waste after depositing its satellite in the orbit. Instead, the last stage of the rocket, the one that remains after the satellite is separated, can acquire its own orbit and be used as an orbital platform for other onboard instruments to perform experiments in space. In effect, the fourth stage acts like another satellite, with a life span of about six months.

For the PSLV, this was the 51st flight. Only two of its launches have not been successful.

Of the nine foreign satellites being carried in the mission, four each are from the United States and Luxembourg, while another is a technology demonstrator from Lithuania.

Why does every country want a Space Force after the birth of the US “Space Force”?

Before we even started in 2022, Musk has launched 2 rockets to put 154 satellites

Forget Kazakhstan, Ukraine or Syria, the world is facing something much more terrible