The test shot was carried out on October 23 at the test site of the Pokhran field field, in the western state of Rajasthan. The missile destroyed the target with extremely high accuracy in both desert terrain and rugged frontier hills.

“This is the final test and the NAG program will begin to be deployed to all units in the military,” the Indian Defense Ministry said in a statement.

NAG is a product of the Defence Research and Development Organisation Agency of India (DRDO). The missile equipped with an advanced passive navigation system with the ability to precisely destroy the target. It is designed to destroy modern tanks and heavy armored targets. It also has night strike capabilities.

The missile can be launched from a ground-based launch pad or an airbase. The ground version can now be mounted on NAMICA (BMP-2 platform) using NAG missiles. The platform can fire six missiles with a gap of 20 seconds. 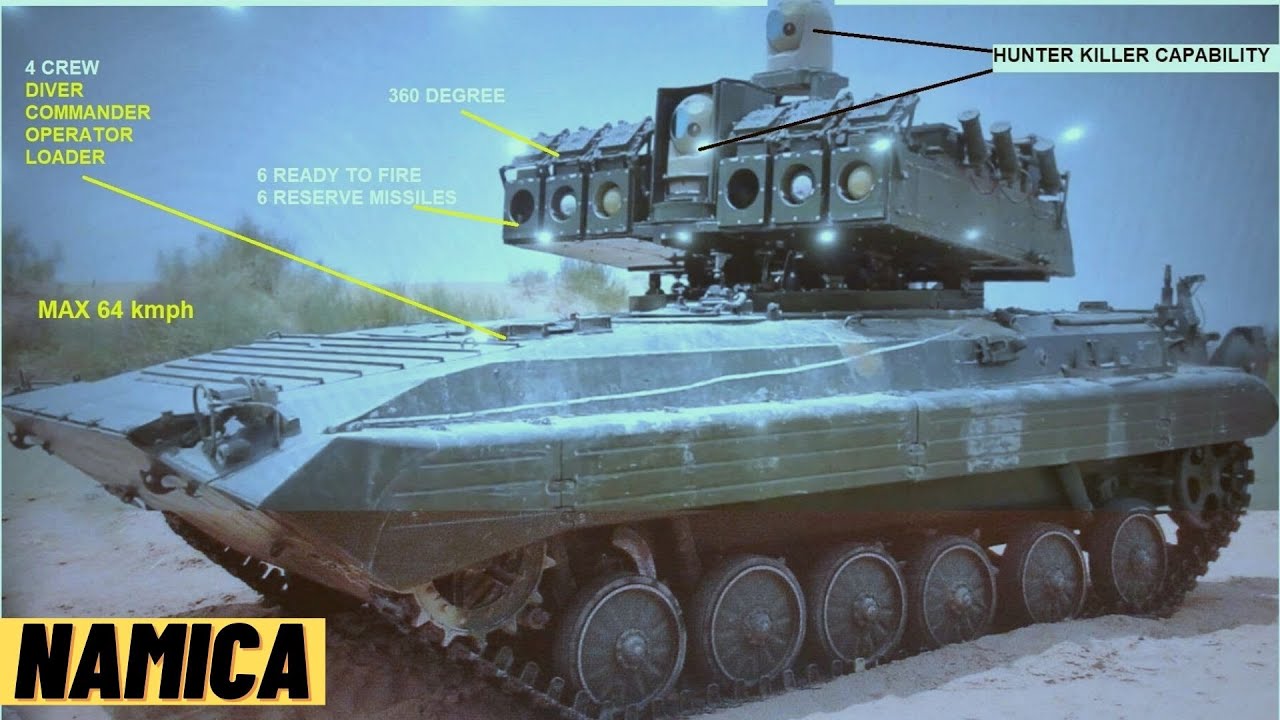 (IGMDP) program developed by the Ministry of Defense, involving four other types of missiles, including Agni, Akash, Trishul, and Prithvi.

The first test of the NAG was carried out in October 1990, but it was not until 2002 that there were initial successes. Testing of anti-tank NAG missiles against stationary and mobile targets took place from 2007 to 2016.

During the test in January 2016, a NAG missile successfully destroyed a thermal weapons system (TTS) at a range of 4 km at the Pokhran range. This anti-tank missile has undergone the last of the practical tests in different weather conditions this year.

According to DRDO, NAG is a line of anti-armored weapon guided missiles built of lightweight and highly durable composite materials. It has a high combat ability and can evade the enemy’s defenses.

The missile is installed with 4 penguins, spread and length 1.85, diameter 0.20m, wingspan of 0.4m and weighs 43kg. The missile is fitted with a targeting guidance system, while the middle body contains many compact sensors and warheads.

A rocket-powered turbocharged engine was positioned in the rear, and four fish-fin-like tails were mounted in the rear to stabilize its flight path.

A real-time image processor combined with a rapid combat algorithm installed next to the navigation system allows the missile to automatically detect and track the target. The autopilot system allows it to be stable during flight.

In addition, NAG is also equipped with an electronic drive system to control the missile fly in the right direction and reach a cruising speed of 828km / h, a range of 4 to 7km.

DRDO claims it is the strength and reliability of the NAG gained in the tests that caused India to cancel the contract with Israel in the Spike deal – a weapon that is said to do bad combat in mountainous terrain.