Amidst tensions in Ladakh along the border with China, India’s missile programs have taken huge leaps in the past month. At least six separate weapons were successfully tested in the last five weeks by the Defence Research and Development Organisation (DRDO).

DRDO has successfully tested the Hypersonic Technology Demonstrator Vehicle (HSTDV) on September 8, the extended range variant of the BrahMos supersonic cruise missile on September 30, an anti-tank guided missile on Setember 23 and on October 1, a lighter version of the nuclear-capable Shaurya on October 3, the ‘SMART’ torpedo on October 5 and most recently, an anti-radiation missile today.

All these missile tests have kept the country’s missile scientists on their toes—and official sources indicate many more tests are lined up in the days to come including that of the 800 km-range subsonic ‘Nirbhay’ cruise missile. 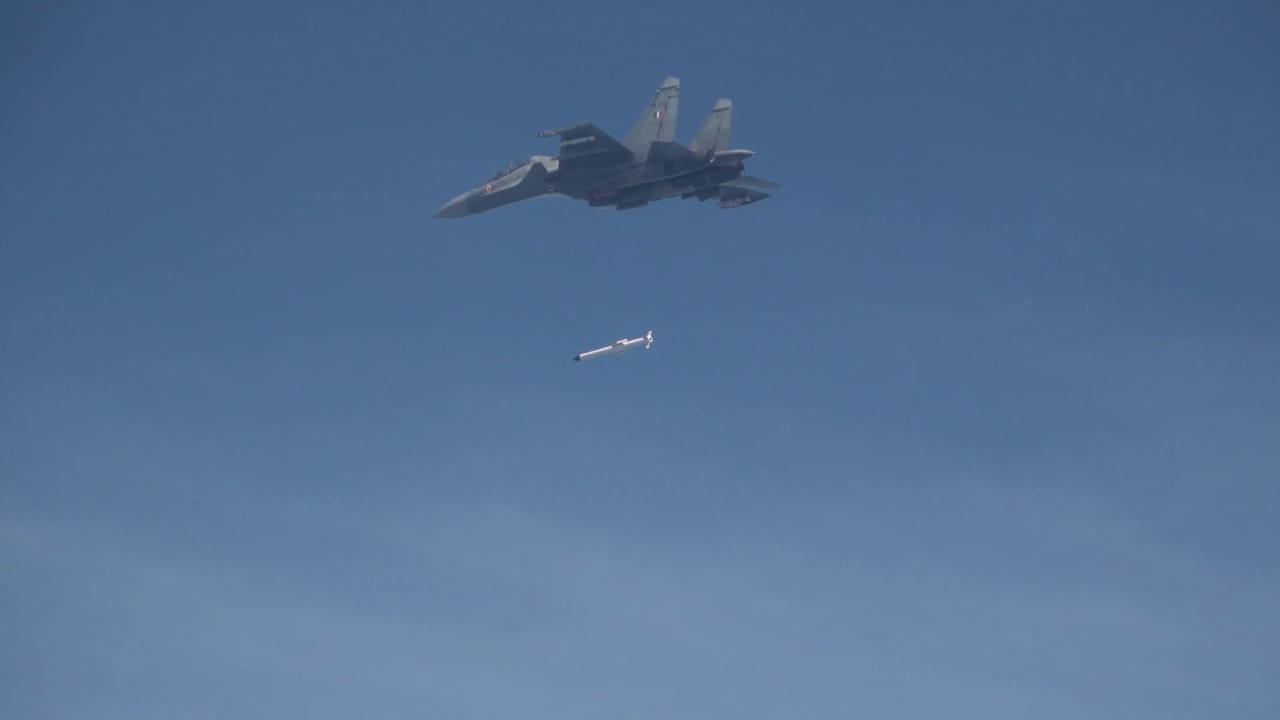 Latest in the series is the new generation Anti Radiation Missile (RUDRAM), which was successfully flight tested. This is the first indigenous anti-radiation missile of the country, design and developed by the DRDO.

“The RUDRAM was successfully flight tested onto a radiation target located on Wheeler Island off the coast of Odisha on the bay of bengal. The missile was launched from SU-30 Mk1 fighter aircraft. The RUDRAM hit the radiation target with pin-point accuracy,” DRDO said in a statement. It is learned that with this, RUDRAM is ready for its induction in the Indian Air Force.

All of the weapons systems tested supplement India’s capabilities in new ways.

On Monday, the supersonic missile assisted release of torpedo (SMART) system was tested, an anti-submarime warfare missile which is aimed to be operationalised in the Indian Navy in the coming days and which could prove a trump card against China’s submarines.

The nuclear-capable ‘Shaurya’ missile test was carried out last week and is expected to be inducted into the Strategic Forces Command (SFC), which handles the country’s tri-service nuclear arsenal. The newer missile is expected to be both lighter and easier to operate.

The Brahmos Supersonic cruise missile with an indigenous booster and air frame is expected to have a longer range of over 400km—compared to the in-service BrahMos missile which has a range of up to 290km.

The successful test of the Hypersonic Technology Demonstrator Vehicle (HSTDV) on 7 September put India into the league of nations like US, Russia and China, which have such niche technologies within their arsenals.

Stating that the RUDRAM missile is integrated on the SU-30 MKI fighter aircraft as the launch platform, having capability of varying ranges based on launch conditions, DRDO said it has Inertial Navigation System(INS)-Global Positioning System (GPS) navigation with Passive Homing Head (PHH) for the final attack. The missile is a potent weapon for the Indian Air Force (IAF) for suppression of enemy air defence effectively from large stand-off ranges, it stated.

RUDRAM is developed by the DRDO’s Hyderabad based laboratory, Defence Research and Development Laboratory (DRDL), which is mandated for the design and development of state-of-the-art missile Systems and technologies required for deterrence as well as for the defence of the country.