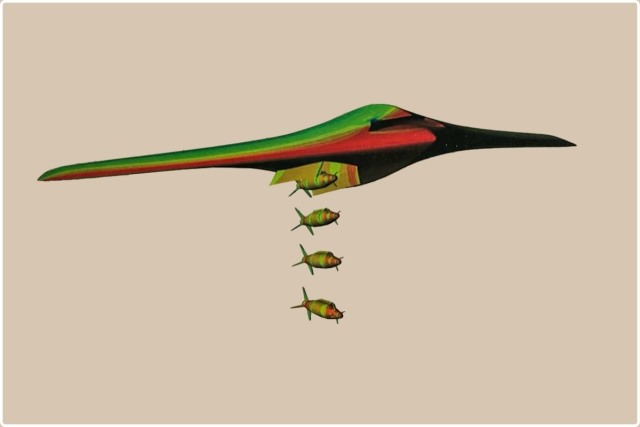 In a technology bulletin released in October 2020, the DRDO had said that it had completed the designing of the landing gear for the programme and the manufacturing of the airworthy components was under progress.

SWiFT is a precursor to India’s stealthy UCAV Ghatak.

“SWiFT UAV is a…scaled-down version of Ghatak UCAV The main intent of SWiFT UAV is to demonstrate and prove the stealth technology and high-speed landing technology in autonomous mode,” the DRDO has said.

A model of this platform was recently seen in a video lecture published by the Indian Institute of Technology (IIT) Kanpur, which is involved in the fundamental research and testing related to the stealth UCAV programme.

Ghatak’s undercarriage and landing gear were seen in this model, which was sitting in the background as an IIT Kanpur professor delivered a lecture in the institution’s Aeromodelling Lab.

This model was most likely a “mockup or a sub-scale flying model” of the SWiFT. The IIT Kanpur video lecture in which it appeared is available here.

Ghatak is intended to be an unmanned aircraft which can not only be used for surveillance but also to fire precision weapons at designated targets, using its stealth features to avoid detection by enemy sensors in contested airspace.

The Bengaluru-based Aeronautical Development Agency is developing the UCAV with participation from the Defence Electronics Application Laboratory and many other labs of the Defence Research and Development Organisation.

Work on the project, which was earlier called AURA (short for Autonomous Unmanned Research Aircraft), began sometime around 2009.

The programme is linked to the development of India’s fifth-generation stealth fighter Advanced Medium Combat Aircraft or AMCA.

The Ghatak programme formally received sanction as a ‘Lead-in Project’ in May 2016 and started receiving funding from early 2017, Livefist has reported.

Very little technical detail about the UCAV project is available due to its classified nature. Wrapped in secrecy, the programme is under the direct oversight of the Prime Minister’s Office and the National Security Advisor.