INS Rajput, the first destroyer of the Indian Navy, will be decommissioned on May 21 at the naval dockyard in Vizag.

The lead ship of the Rajput class (modified versions of Soviet Kashin-class destroyers) was built by the erstwhile USSR and served the Indian Navy for over 41 years.

INS Rajput was commissioned on 4 May 1980 at Poti, Georgia by Inder Kumar Gujral, the Ambassador of India to USSR with Captain Gulab Mohanlal Hiranandani serving as her first Commanding Officer.

Due to the ongoing COVID-19 pandemic, the ceremony will be a low-key event attended only by in-station officers and sailors with strict observance of coronavirus protocols. 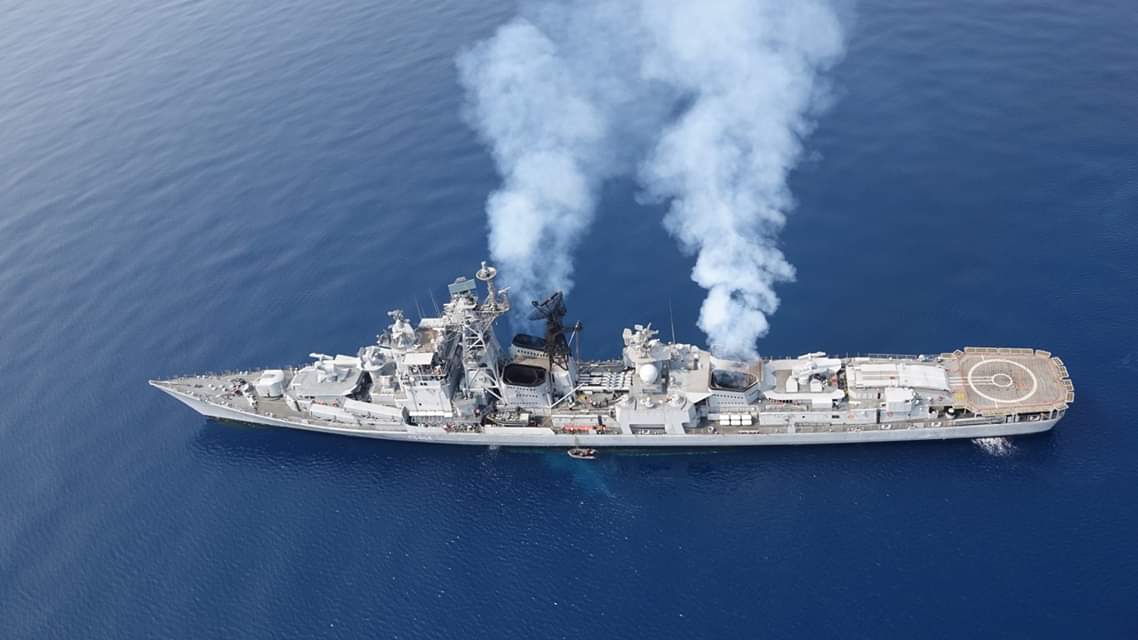 The destroyer had the unique distinction of serving in both Western and Eastern Fleets.

It participated in several operations and numerous bilateral and multi-national exercises and also served as a trial platform for the BrahMos cruise missile, an Indo-Russian joint venture.

First ship to be affiliated with Indian Army regiment

“In her glorious 41 years, the ship had 31 Commanding Officers at her helm with the last CO taking charge of the ship on 14 Aug 2019. As the sun sets on 21 May 21, the Naval Ensign and the Commissioning Pennant will be hauled down for the last time onboard INS Rajput, symbolizing the decommissioning,” the Ministry of Defence stated in a release.

The destroyer was also the first ship to be affiliated with an Indian Army regiment – the Rajput Regiment.