INS Visakhapatnam has been formally commissioned into the Indian Navy in the presence of Defence Minister Rajnath Singh at the Naval Dockyard in Mumbai on Sunday.

INS Visakhapatnam is a P15B stealth-guided missile destroyer. It is indigenously designed by the Indian Navy’s in-house organisation Directorate of Naval Design and constructed by Mazagon Dock Shipbuilders Limited, Mumbai. INS Visakhapatnam, has been constructed using indigenous steel DMR 249A and is amongst the largest destroyers constructed in India with an overall length of 163m and displacement of over 7400 tons. The ship has a significant indigenous content of approx. 75%.

It is equipped with an array of weapons and sensors which include Brahmos supersonic surface-to-surface and Barak-8 surface-to-air missiles(LRSAM). LRSAM has a range of up to 100 km. Max speed up to match 4.5, Its Minimum range of 500 meters allows it to be used as both a short-range and medium-range air defense missile., medium and short-range guns, anti-submarine rockets and advanced electronic warfare and communication suits. 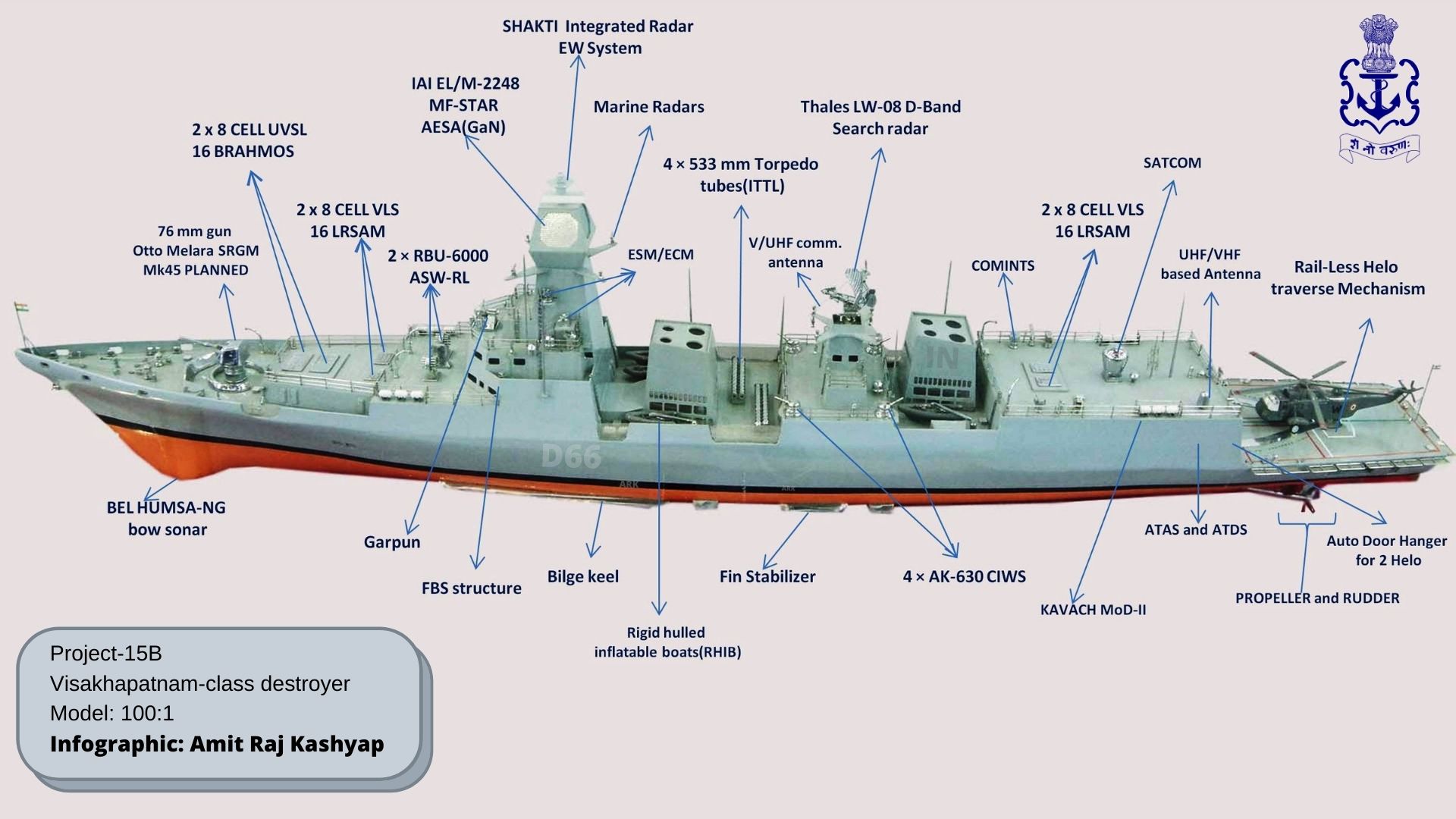 The ship is propelled by a powerful combined gas and gas propulsion which enables her speed of over 30 knots. The ship has the capability of embarking two integrated helicopters to further extend its reach.

Some of the major indigenous equipment system onboard Visakhapatnam includes the medium-range surface-to-air missiles, surface-to-surface missiles, torpedo tubes and launchers.

Visakhapatnam will augment the Indian Navy’s mobility, reach and flexibility towards the accomplishment of its role and tasks.