F4 ridgeline has been captured by IA in a daring counterattack by our SFF boy’s. The PLA literally ran away without giving a fight. Status quo of May 2020 has been reinstated. Chinese FM have been asking us to go back to F1.

Specialised units of the Indian Army Special Frontier Force (SFF) have climbed up the heights, within Indian dominated territory facing the ridgelines of Finger 4 in the Northern Banks of Pangong Tso in Ladakh where the Chinese had built posts following their intrusion in April, ThePrint has learnt.

The development comes at a time when another set of specialised units of the Army has captured strategic heights in the Southern Bank as part of precautionary deployment on its own side of the Line of Actual Control (LAC), taking the Chinese by surprise.

Sources in the defence and security establishment told ThePrint that it was in this week that a “readjustment of deployment” was carried out and soldiers reached “heights” and established posts.

“These are precautionary deployments well within the Indian side of the LAC,” the source said.

“There is no point in sitting on the ground when the enemy is at the heights. It is readjustment of troop deployment,” the source added.

“Reports of Indian troops occupying heights at Finger 4 are not correct. As part of the precautionary deployment carried out on 30 August, some readjustments of our positions on the Northern Bank of Pangong Tso on our side of the LAC had also been carried out,” an Army source said.

As reported by ThePrint earlier on multiple occasions, Chinese had intruded into the Indian side of the LAC in the Northern Banks of the lake.

China currently dominates areas between Finger 4 and Finger 8, a distance of about 8 km, which comes within the Indian side of the LAC.

Focus still on talks but India has ‘better bargaining power’

India had moved the specialised units to the Pangong Lake way back in late April and multiple plans were made. However, the focus remained on talks, which have not made progress since July as the Chinese refused to budge from their positions. 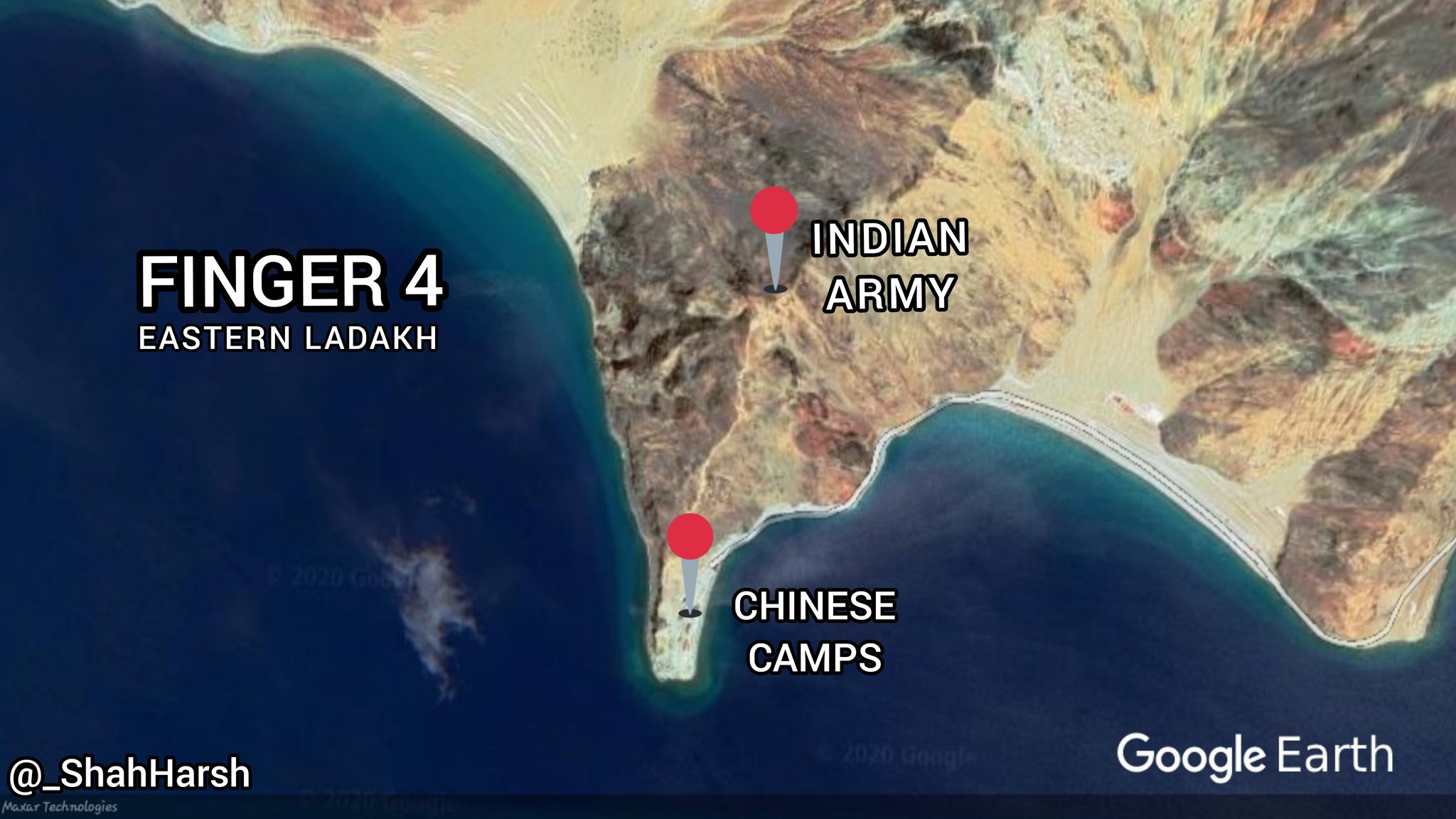 With talks not making any progress and China’s bid to capture more territory over the weekend in Southern Banks, the Army moved in and dominated heights within the Indian side of the LAC.

The soldiers were also working on reaching heights near the ridgelines of Finger 4 where the Chinese have camped even though they had pulled back some troops from the ground level to Finger 5.

Sources said that India has not been on the offensive, but is actually defending its interest in its own territory.

Sources indicated that the fresh developments in the Southern Bank give greater impetus for talks and resolving the issue by the Chinese and that India now has “better bargaining power”.

This report has been updated to reflect the correct position of the Indian Army in the Northern Banks of Pangong Tso.