The first flight test of the surface-to-surface ballistic missile Agni P was conducted by DRDO in June this year.

The Defence Research and Development Organisation (DRDO) on Saturday morning successfully test fired the ‘Agni P’ missile. The launch took place at 11:06 am, and the new-generation nuclear capable ballistic missile took off from the Dr APJ Abdul Kalam island, located 10 kilometres off the coast of Odisha. The trajectory and parameters of the missile were monitored and tracked by many telemetry, electro-optical, radar stations as well as down-range ships that were positioned along the country’s East Coast, the DRDO said in a statement. The mission was successful as the missile followed the trajectory perfectly, and all the mission objectives were met with high accuracy.

For those who are wondering, ‘Agni P’ is a two-stage solid propellant ballistic missile which can be stored in a canister, according to DRDO, and it has a dual redundant navigation and guidance system. It is a new-generation missile in the Agni series, serving as an advanced variant to the family of missiles, and it has a range of between 1,000 km and 2,000 km. 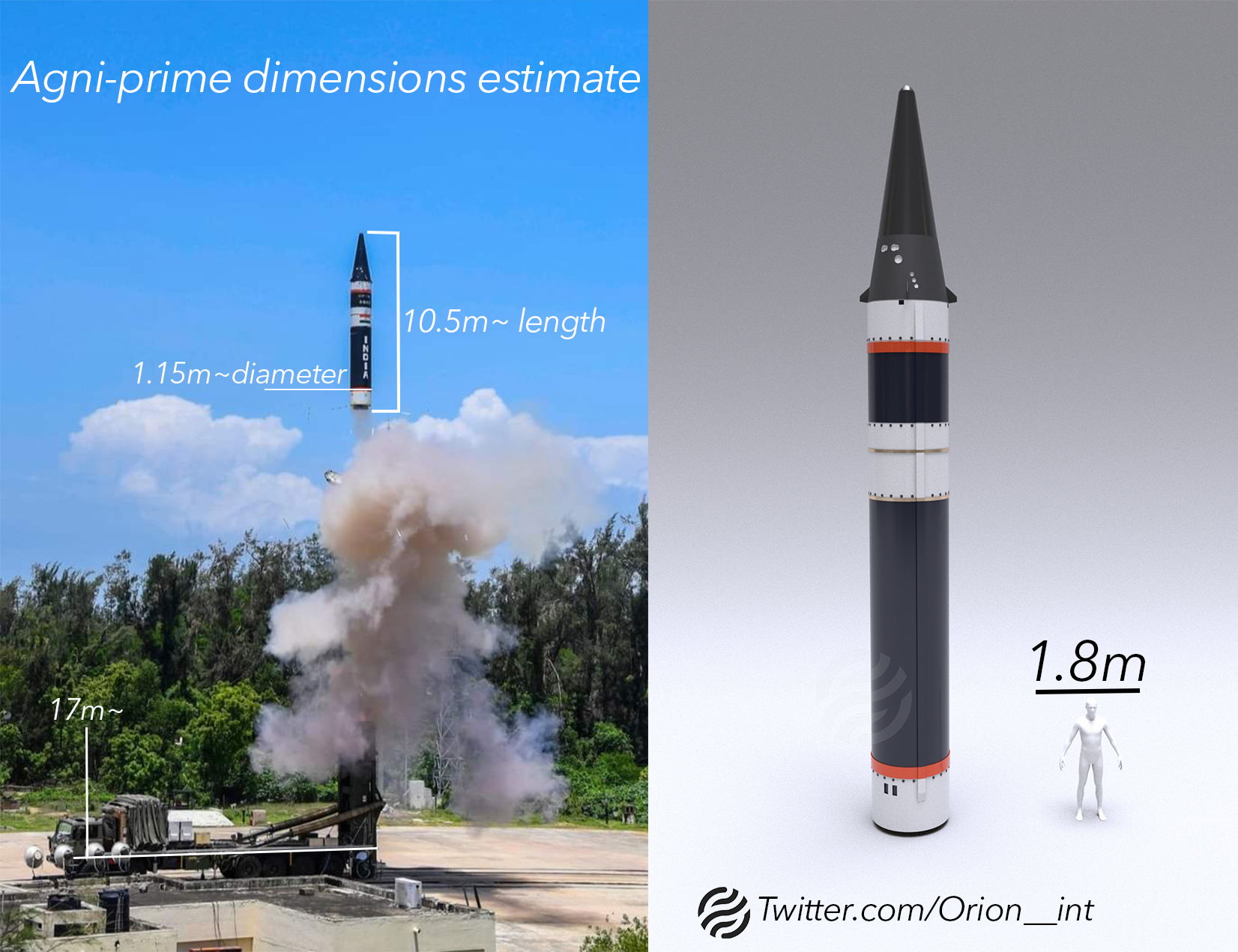 The first flight test of the surface-to-surface ballistic missile Agni P was conducted by DRDO in June this year and it had also proved successful. The second test aimed to prove that all the advanced technologies integrated into the missile system were reliable.

The Agni P, initially named Agni-1P, is said to weigh 50 percent less than Agni 3 and is the lightest and smallest of the Agni series because of technological advancements, sources said.

Adding to the usefulness of the missile is that it is a canisterised system. This means that the movement and launch options increase for the Strategic Forces Command, which oversees India’s nuclear arsenal.

If you look at the accuracy of the missile, Agni prime has Circular error probable (CEP) 10-50m, while Agni-5 has 10-80m CEP, and Chinese Df-21 accuracy estimated to be 50~100m. So Agni Prime have better CEP compare to others and it is enough to sink Chinese Fighter carriers.

During the test, missile was launched from a BEML TEL and a cannister. And it was a cold launch. Basically, the missile exited the cannister on being pushed by compressed gases and ignition happened outside the cannister.The missile can be launched from rail or road and can be transported to various parts of the country.

The two-stage and solid-fuelled weapon system comes with new propulsion systems, composite motor casings, and inertial navigation systems based on advanced ring-laser gyroscopes. Gyroscopes show the location of the missile and the trajectory it is taking.

“The missile can even be manoeuvred at one point if need be,” a source said. This feature, which is usually not available in a ballistic missile, makes it more difficult to intercept.