Share
India is rapidly developing its potential in the space industry. In November-December 2020, the country is going to test a reusable Reusable Launch Vehicle (RLV-TD).
As you know, the Indian Space Research Organization (ISRO) has long planned to build a reusable launch vehicle capable of launching satellites into orbit and then returning to Earth for the next mission. The Indian Space Agency believes that such a shuttle will help the country save money on launching satellites into space.
India currently has only two disposable launch vehicles for the PSLV polar satellites and a launch vehicle for the GSLV geosynchronous satellites.
In addition, a small SSLV launch vehicle, which is also a one-time launch vehicle, is being prepared for production.
It is noteworthy that the space shuttle RLV plan to lift the helicopter and launch from a height of 4 kilometers. Tests of the landing of a reusable launch vehicle will take place in the Chitradurga area of Karnataka state in southern India. This was stated by Mr. Somanath, director of the Vikram Saraby Space Center, part of the ISRO structure.
When the RLV is launched from a helicopter, it will plan and move to the runway for self-landing at Chitradurga
airfield. According to the ISRO representative, the shuttle interface will allow it to interact effectively with the helicopter. The shuttle’s navigation and control system will ensure its safe descent. Thus, the RLV will go into orbit, stay on it, then re-enter the landing and land on the runway like an

airplane. By the way, in 2016 India has already carried out the descent of the RLV from a height of 65 km and its return at a speed of about 5 Machs. Then, showing good survival at high temperatures, the shuttle successfully planned down to a certain landing point 450 km from Sriharikota in Andhra Pradesh state. However, the vehicle collapsed from a blow to the water of the Bay of Bengal, as it was not designed for drive.

If the ambitious project of the Indian Space Agency is completed, India will become one of the few modern countries to own its own shuttle. However, according to experts, any significant change in India’s position in the space services market is not worth waiting for.
However, so far in India and do not claim to compete in the space sphere with such titans as the United States or
Russia. It is much more important for the Indian leadership, firstly to ensure cheaper launch of its satellites into space, and secondly to develop their own technologies. In this vein, shuttle testing helps to strengthen the Confidence of Indians in their own capabilities.
It is no coincidence that the shuttle’s tests back in 2016 were appreciated by Indian Prime Minister Narendra Modi, who is the author of the country’s industrialization program under the slogan “Made in India.”
As for such large gaps between tests, they are the result of insufficient funding: so far India does not have the means to accelerate space development. 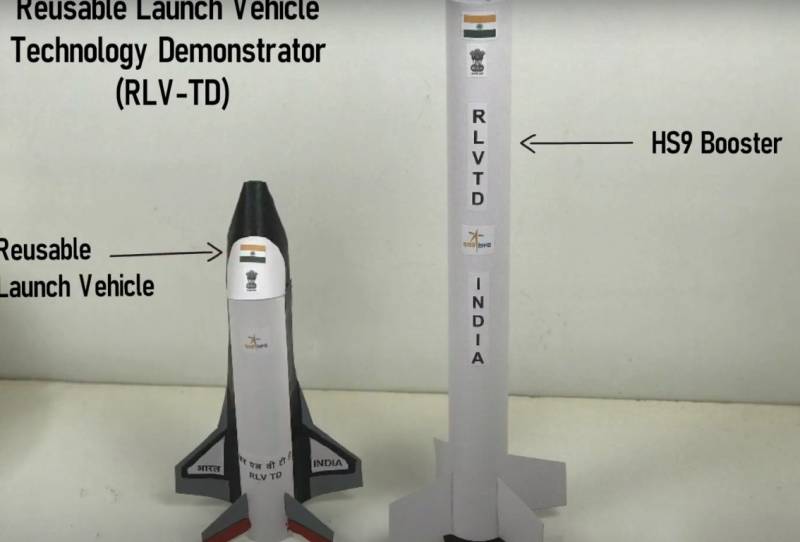