Operating a third aircraft carrier is very much in the scheme of things for Indian Navy that foresees having air power at sea as an absolutely necessity for a country that aspires to become a five trillion dollar economy, Indian Navy Chief Admiral Karambir Singh said here on Thursday.

“Air operations are integral to naval operations. Airpower at sea is required here and now. If you have an aspiration to become a $ 5 trillion economy and have one-fifth of the world’s population you would have to go outward and seek the world. For that airpower is required at a longer range and is absolutely necessary,” Admiral Singh said ahead of Navy Day.

Indian Navy currently functions with a solitary carrier INS Vikramaditya whereas a second aircraft carrier – an indigenous ship that would be named INS Vikrant post-induction – is undergoing trials. 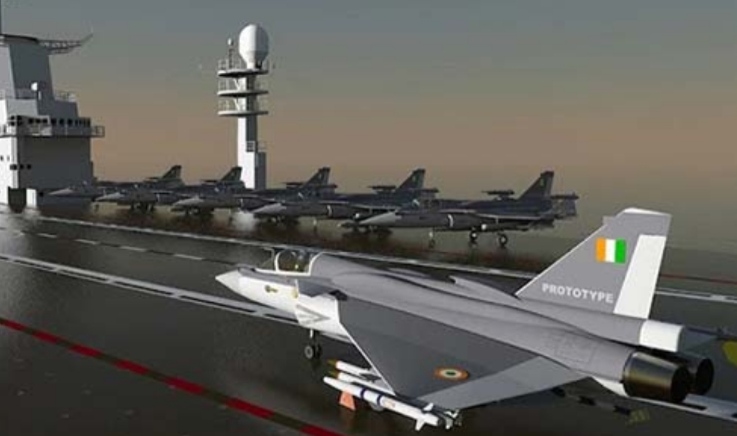 “We have not yet gone to the government (seeking approval and funds) for the third carrier as we first want to get certain parameters right. But we don’t want to be a Navy tethered to the shore,” he said.

The assertion from the Navy Chief comes months after reports quoting unnamed sources with the government that the Centre wasn’t keen on having a third aircraft carrier because future battles were thought to be land-centric.

For its carriers, the navy plans to buy 57 multi-role carrier-borne fighters in order to replace the existing MiG-29K fleet that flies from the decks of INS Vikramaditya and will also take off from INS Vikrant. But the Russian-origin combat platform met with three accidents in the last one year.

A second option has been provided by Defence Research and Development Organisation and Aeronautical Development Agency that have offered to develop a twin-engine deck based fighter aircraft on the basis of the lessons gleaned from the LCA Navy project. This, Admiral Singh hoped, could enter the service by 2030.