The Su-30MKI Flanker currently forms the mainstay of the Indian Air Force’s combat fleet, with 11 of the service’s 27 fighter squadrons comprised of the aircraft and additional squadrons planned. Currently, Indian airforce has 272 Su-30mki fighter in the inventory. The aircraft represents a significant enhancement over the original Su-27 Flanker, the Soviet Air Force’s most capable air superiority fighter which was designed to be able to counter all platforms in service in the Western Bloc at the time, and integrated new capabilities from its modern sensors, more powerful thrust vectoring capable engines and high composite airframe. The platform inherited the Su-27’s advanced air to air combat capabilities, but was capable of deploying a new generation of munitions and electronic warfare systems and had an avionics suite which not only made it more capable in an air superiority role – but also well suited to strike and maritime strike roles. Depending on its configuration, the Su-30MKI thus emerged as a truly multirole aircraft which excelled in all roles it was allocated – from a bomber using the SPICE 2000, a ship hunter or strike fighter using the BrahMos, an AWACS hunter using the K-100 or an air superiority fighter using the R-27ER and R-77.

While the Su-30MKI is already considered the most capable fighter in South Asia by a considerable margin, and after Rafale only fighter in the Indian fleet capable of going head to head with modern Chinese jets such as the J-11B and J-16, the design is set to be enhanced considerably with the integration of new weapons and technologies. The aircraft has been highlighted repeatedly as a possible replacement to India’s ageing Jaguar attack jets, and with the Indian Air Force planning to significantly expand its combat fleet from 32 to 42 squadrons production of more units under licence is seen as an effective means of doing so.

The Indian Air Force is reportedly planning to equip the Su-30 with the Irbis-E ‘stealth hunter’ radar – a platform developed for the newer Su-35 air superiority fighters. The Su-35 is a later derivative of the Flanker design which first entered service in 2014, and has a number of advantages over the Su-30MKI including a lower radar cross section, superior thrust vectoring capabilities, more powerful engines, a lighter composite airframe and a far more capable radar designed specifically to counter stealth fighters such as the American F-22 and Chinese J-20. Russian sources differ on the Irbis-E’s ability to lock onto stealth jets, with some claiming it can do so at 58km ranges while others place the range at 90km. With India fielding Flankers in their hundreds, should multiple fighters deploying Irbis-E radars  share data from their sensors they will have an extremely high level of situational awareness few other fighter units can match – allowing them to seek and destroy adversaries including stealth fighters at long ranges. The radar will also better allow the fighters to make use of extreme range munitions such as the R-37M, and is more resistant to jamming by its potential targets. Another major technology from the Su-35 which Russia has offered to integrate onto older Flanker derivatives, the Saturn AL-41FS engine is considerably more powerful than the AL-31FP currently used by Indian Flankers. The engine benefits from advanced high and low-pressure turbines, a new digital control system, superior thrust vectoring nozzles and a longer lifespan. While thrust vectoring systems alone will improve the Flanker’s manoeuvrability substantially, the aircraft’s thrust/weight ratio will also improve with the new engines putting out 32,000 lbf of thrust with afterburner compared to just 27,700 lbf from the AL-31FP. New engines will not only increase the fighter’s endurance, but also make it more survivable and better suited to carrying heavier weapons payloads. 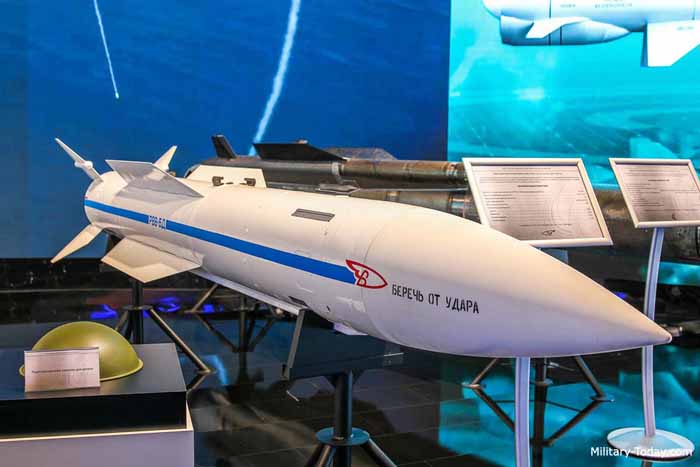 While the R-77 and the ER, ET and EA variants of the R-27 provide Indian Flankers with air to air engagement ranges of 110km and 130km respectively, the Indian Air Force has expressed an interest in acquiring more modern and longer ranged munitions for its fighters. The deployment of the PL-15 by China and possible future sale to Pakistan, a missile with a 200km range, and possible future deployment of the PL-21, PL-12D and PL-XX which are estimated to have similar or longer ranges, means that Indian Flankers could find themselves at a range disadvantage in standoff engagements. The R-37M was developed to equip the Su-35 and Su-57 next generation fighters of the Russian Air Force, but with the Irbis-E integrated onto the Su-30MKI it should be able to make full use of this missile’s capabilities. The missile is one of just two classes of hypersonic air to air missile in production anywhere in the world, and ensures a short response time even for faraway targets due to its formidable speed of Mach 6. With a 400km engagement range, the missile will be able to engage most targets at four times their engagement range (the PL-12 and AIM-120 both have a range of around 100km). Their range and speed makes these missiles a far more effective ‘AWACS killer’ than the older K-100 the Indian Air Force currently deploys, and unlike this platform the R-37M is also highly viable against manoeuvrable fighter sized targets. While the capabilities of America’s upcoming AIM-260 and China’s PL-XX air to air missiles remain unknown, at present no missile can match the R-37’s combination of speed and range. A second class of air to air missile likely to be deployed by the Su-30MKI, the K-77 retains a shorter range of little over 190km but benefits from a number of unique technologies. The first missile to use an active phased array antenna guidance system, the missile’s radar is capable of detecting fighters in a 360 degree arc – rather than 90-120 degrees as is common for other air to air missile types. This makes the missile almost impossible to evade even for the most manoeuvrable enemy fighters – Chinese Su-35 and J-10C jets included. Combined with a very long range, this makes the K-77 a unique and unparalleled asset – one which will make the Su-30MKI extremely lethal in beyond visual range engagements.

While the beyond visual range capabilities of the Su-30MKI are being seriously enhanced, to complement improvements to the fighter’s manoeuvrability new short ranged air to air missiles are likely to be acquired. The first if these is the K-74M, an enhancement of the R-73 with an expanded ±75° off boresight, a longer range, and fully digital and re-programmable systems. The second is the AIM-132 ASRAAM, a British equivalent to the AIM-9 sidewinder and the Russian R-73. Although its benefits over the other two platforms are minimal, it will provide Indian Flankers with greater diversity in their short range armaments which will present greater challenges for adversaries to counter. A third class of next generation missile, the K-MD, is currently under development and is likely to be available for export by the mid 2020s. The platform is a clean sheet design intended to meet the Russian Air Force’s needs in the 21’st century and is expected to be considerably more capable than any short ranged air to air missile currently in service.

While Indian Su-30MKI fighters have deployed BrahMos cruise missiles for testing, large scale deployments have yet to take place. This could change particularly as India phases its Jaguar attack jets and MiG-27 strike fighters out of service and a new Su-30 squadrons are pressed into a strike role. The Mach 3 missile is reportedly capable of tearing warships in half with the sheer force of its impact, and is extremely difficult to intercept due to its high speed and manoeuvrability. With India and Russia reportedly jointly developing a more capable variant of the BrahMos capable of surpassing Mach 5,  such missiles are also likely to be deployed by the Su-30MKI when they become available. Russia has tested similar hypersonic missile technologies successfully in the past, and their sale to India for an air launched platform is likely to be on offer by the mid 2020s

Recently Alexander Maksichev, Russia manager of Brahmos Aerospace, a Russian-Indian joint venture, told that the company will build a Brahmos cruise missile in 2024 to destroy air targets such as early warning aircraft (AWACS). The Russian-Indian joint venture will develop an anti-radiation missile for India’s Su-30MKI fighter jets, and Maksichev noted that the design of the Brahmos air-to-air cruise missile to destroy air targets in the early warning aircraft category has been approved and preparations for the first launch are scheduled in 2024.

Astra is an all weather beyond-visual-range air-to-air missile developed by the Defence Research and Development Organisation. It is the first air-to-air missile developed by India. It features mid-course inertial guidance with terminal active radar homing. Astra is designed to be capable of engaging targets at varying range and altitudes allowing for engagement of both short-range targets at a distance of 10 km (6.2 mi) and long-range targets up to a distance of 110 km (68 mi) at a speed of mach 4.5.