Full scale Prototype design for the twin engine fifth generation fighter aircraft AMCA has been finalized and will be sent for approval to the Cabinet Committee on Security (CCS).

India is now finally getting set to launch its most ambitious indigenous military aviation project to build a fifth-generation fighter or the advanced medium combat aircraft (AMCA) with advanced stealth features as well as ‘supercruise’ capabilities.

The case for the full-scale engineering development of the twin-engine AMCA prototypes has been finalized and will be sent for approval to the Cabinet Committee on Security (CCS) by early next year after consultations between the defence and finance ministries, Times of India said on Sunday.

The estimated cost of just developing the prototype of AMCA is pegged at Rs 15,000 crore and the rollout of the first prototype is scheduled for 2025-26. The design and development of AMCA has been carried out by ADA for almost a decade and as reported in Financial Express Online earlier, ADA officials had indicated that the prototype of AMCA will be ready by 2025. However, the engine for AMCA has yet to be decided. 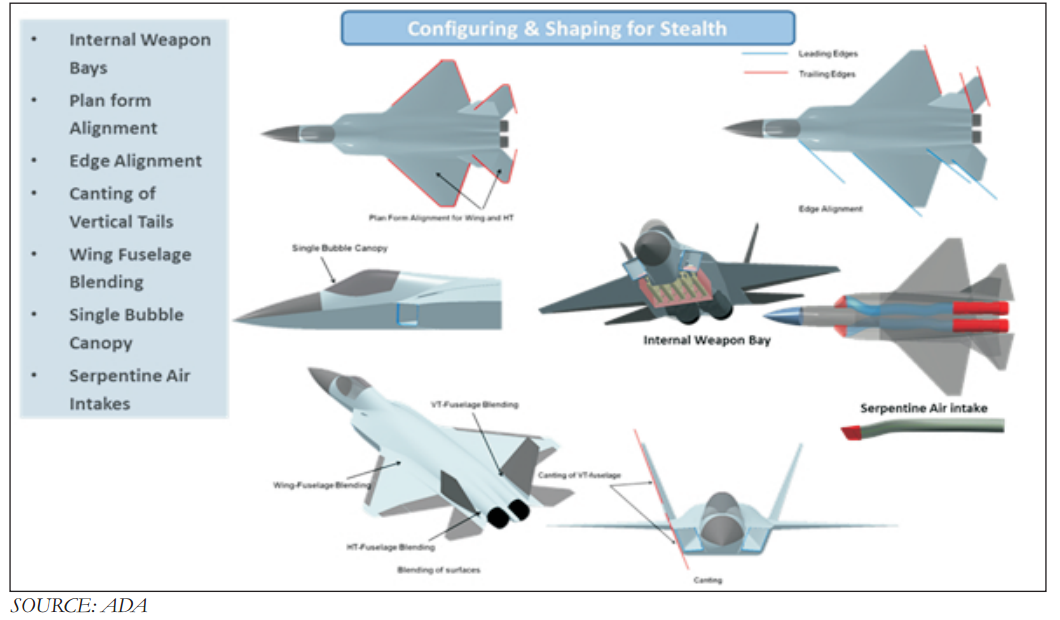 AMCA would ensure India’s entry into the elite club of countries with fifth-generation stealth warplanes. So far, only the US (F-35 and F-22 Raptor), Russia (Su-57 Felon), and China (J-20) have fifth-generation aircraft in their arsenal. Many experts believe that India could become the fourth country to operate an indigenous stealth fighter aircraft.

Production of fifth-generation jets is an extremely complex and expensive affair, with the American F/A-22 Raptor and F-35 Lightning-II Joint Strike Fighter, the Chinese Chengdu J-20 and Russian Sukhoi-57 being the only operational ones around the globe at present.

Experts, however, contend the J-20 and Sukhoi-57 fighters are still somewhat short of being true-blue fifth-generation fighters. The 36 Rafales being inducted by IAF, under the Rs 59,000 crore deal inked with France in September 2016, are 4.5-generation jets.

However, one major hurdle in the AMCA program is the engine. The AMCA design that was approved in December 2018 meets the IAF’s “preliminary staff qualitative requirements”. However, the lack of a powerful engine could be a major issue.

The foreign collaborator will be chosen by early-2022, and the new engine will be built in-house at the same time, as reported by TOI. The swing-role AMCA will have advanced stealth features such as “serpentine air-intake” and an internal bay for smart weapons, as well as radar dampening materials and a conformal antenna.

The aircraft will have an empty weight of 12 tons with 2-tons of internal weapons and 4-tons of internal fuel. Combat ceiling will be 65,000 feet, max speed of 1.8-Mach at 11-km altitude. The AMCA will be powered by 2 x 110 KN thrust engines with vectored nozzles.

AMCA will use carbon-fibre composites (C-FC), and titanium alloy steels for construction. The LCA Tejas already has 45% of its airframe by weight made of Composite materials which is among the highest in all fighter jets.

The AMCA is designed to be difficult to detect by radar and other electronic measures due to various features to reduce radar cross-section include airframe shaping such as planform alignment of edges, fixed-geometry serpentine inlets that prevent line-of-sight of the engine faces from any exterior view, use of Adrishya radar-absorbent material (RAM) paint, and attention to detail such as hinges and pilot helmets that could provide a radar return. Efforts have been made to minimise radio emissions and both the infrared signature and acoustic signature as well as reduced visibility to the naked eye. Alignment of wings, tail, flaps and other edges increases radar and visual stealth. The AMCA will also feature a Diverterless Supersonic Intake, which will help improve its stealth capabilities.

The AMCA features an internal weapons bay, but a non-stealthy version with external pylons is also planned. The aircraft is planned to be equipped with beyond visual range missiles, close combat missiles, standoff weapons, precision weapons and laser guided bombs. Directed energy weapons are also planned to be equipped on the AMCA Mk2. It can carry 4 AAM or 8 DRDO SAAW bombs in the internal weapon bay.