Everyone suspected this for a long time, and some, quite likely, knew about it for sure – and now, apparently, the suspicion was confirmed. On September 7 of this year, the already well-known publication The WarZone, published a details article on how the US rushed Harpoon anti-ship missile to Ukraine.

On Tuesday, one of the Pentagon’s biggest customers shed light on how the US supplied Ukraine with RGM-84 Harpoon anti-ship missiles, which he said were used to sink two Russian warships.

Advisor to the Secretary of Defense William LaPlante, responsible for the acquisition, delivery, maintenance of weapons and technology (and much more), said during a press conference that “an incredible innovation has taken place.” There’s incredible innovation going on,” William LaPlante, Under Secretary of Defense for Acquisition and Sustainment. Working with this country and some contractors (not named), they managed to place ship-based missiles on trucks. One truck carried the rockets and launchers, the other the power supply. The trucks were interconnected by a cable.

Ukraine, having learned that there was a working method of converting the ship version of the Harpoon into a land version that can be quickly exported, sent personnel for training, who arrived on Memorial Day weekend. About three weeks later, he said, two Russian ships were sunk by those missiles.

In June, Ukraine announced that its navy had hit a Russian ship in the vicinity of Snake Island, about 20 miles off the coast. LaPlante did not give the name of the ship, but it appeared to be the rescue tug Vasily Bekh, which was reported to have been transporting weapons, personnel and ammunition to the island. Ukrainian officials claimed that this was done by two Harpoon missiles. 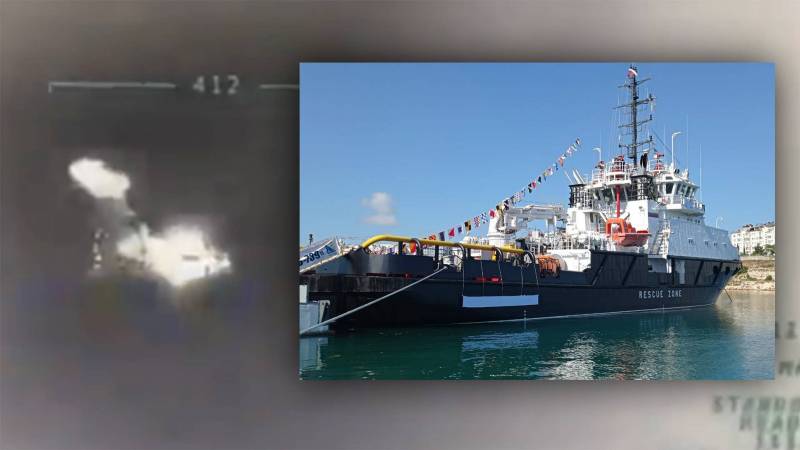 There was no confirmation of this claim at the time, although the Ukrainian Defense Ministry showed a video taken by a Bayraktar-type drone. The video shows that the ship was hit by two missiles.

Back in May, NATO countries announced their readiness to transfer such weapons to Ukraine. Thus, Denmark announced the delivery of two launchers of the land version of the RGM-84 and an unknown number of charges, and the United States in June announced its own delivery of two complete sets, including launchers and spare parts, but without missiles.

Immediately after LaPlante’s statement, a Pentagon spokesman clarified that the Ukrainian rocket men were not trained in the United States. The training was carried out by an “anonymous contractor”, but where exactly this took place and whether the American government had anything to do with it was also not said.”