Maintaining the health of the troops is perhaps the most daunting task for the Army, writes the first General Officer Commanding of the Leh sub-area.

Though the Indian Army has been guarding the frontiers of the entire Ladakh region assiduously for the last 70 years, this year it faces a unique challenge. Never in history did India have such a large deployment of troops in the Eastern Ladakh sector.

The stand-off with an aggressive and belligerent China continuing without any signs of “pull back” for the last six months. This “no-war no-peace” situation is unprecedented on the Line of Actual Control with Chinese People’s Liberation Army. In fact, de-facto the LAC has turned into Line of Control in the sector quite similar to what we have with Pakistan all along the mountainous region of Jammu and Kashmir. With no solution in sight, the Indian Army has galvanised its logistic resources at war footing. The advance winter stoking has never ever been done at such a frantic pace and with such a mammoth level. The war effort has now shifted focus from the enemy PLA to the natural elements of weather. The chances of another skirmish are now remote due to freezing temperatures and bone-chilling wind factor. Even the 1962 war had ended, when the PLA withdrew on November 21. Since it was no longer possible for them to push forward or even hold on to the gains made by them in the Chushul sector. Some of the severe challenges created by holding additional troops in the inhospitable terrain are very apparent to every military planner.

Maintaining the health of the troops is perhaps the most daunting task for the Army. The medical resources designed for the troops normally posted to the 14 Corps Zone are taken care of by the Army Hospital in Leh, a 200-bed capacity hospital now increased to 300. The troops deployed at forward posts may have at the best one young medical officer for one unit.

Winter-related cold injuries like hypothermia, chill blains, frostbites, cerebrovascular accidents, cortical venous thrombosis, heart attacks, pulmonary hypertension are so serious that many patients have to be airlifted to Chandigarh. The logistics of lifting sick soldiers from their post to the hospital in Leh and onward treatment is a nightmare.

To add to the agony is the sudden “packing up” of the weather not permitting any air evacuation. The loss of life due to the vagaries of the weather are heartbreaking and have a very telling effect on the state of mind of other soldiers. It is to the credit of the medical fraternity within the forces that the very best young doctors are posted to Leh and Srinagar hospitals.

The Indian Army has scaled up its requirements of extreme winter clothing. The clothing required below 12,000 feet is not much of an issue as all products are made in India and sufficient stocks are available as reserves. The real challenge is “special” winter clothing for deployments beyond that altitude. 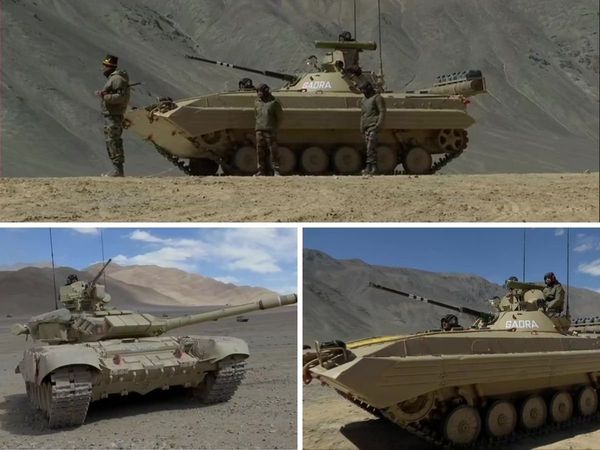 Almost the entire range of clothing has to be procured from abroad at exorbitant rates. The Army has done well to get the required clothing from various agencies and as per reports over 15,000 new special clothing sets have been purchased off the shelf from foreign countries.

The habitation for the troops has been constructed at war footing and much of the work may still be in progress. Just making these special shelters to withstand extreme cold and bone-chilling winds is not sufficient, these have to be provided with heating arrangements. With no electric generation capacity in these areas, the entire load is on diesel generating sets consuming huge amounts of diesel.

The good old “bhukahri” too needs colossal amounts of kerosene oil. This kind of requirements of fuel for heating purposes has never ever been stocked earlier. The region does not have underground storage capacity and hence most of this stock may be kept on the “wheels” adding to further difficulties.

The water resources have all been frozen as the rivers that provide fresh drinking water are already at freezing point. The troops need water not only for drinking but also for bathing and cooking. Carriage of water from lower altitudes on water tankers on very narrow roads is an unfathomable task for the logistic echelons.

A large amount of high-tech equipment has been deployed in the region in view of the likely war breaking out with the PLA during the summers. It includes the T 90 and T 72 tanks, mechanised infantry combat vehicle, radar systems for air defence and early warning, specialist radio equipment, Artillery guns and mortars, Surveillance equipment and a plethora of other optoelectronic devices.

This kind of equipment needs temperature-controlled repair and maintenance sheds, which are almost nonexistent in this desolate region. Such facilities too require power supply through generating sets, which adds to the requirement of fuel. To add to the logistic challenge is the requirement of specialist lubricants for such a variety of equipment. Many of these are imported and need lead time for procurement agencies. 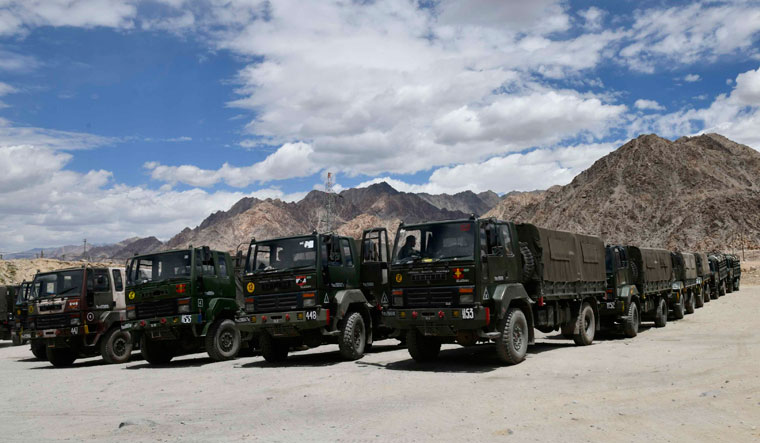 The supply chain is very complicated and to add to their problems is poor road infrastructure in the region. The Chushul-Pangong Tso sector is serviced by one road coming from Leh across the formidable Changla Pass. Due to heavy snowfall, the pass often becomes unfit for the movement of vehicles. The narrow road can be blocked for hours with only one truck getting stuck or a vehicle meeting with an accident. At best the road is fair weather even in the summer season. The task of moving thousands of tons of supplies and troops on this single road must have been a major management challenge.

The Covid-19 pandemic could not have come at a worse time for the forces already stretched due to the almost war-like situation with China. The cases in Ladakh among the forces though under control but did cause concern to the military leadership. The Covid-19 protocols have added to the overall logistic burden on the system already stretched to its seams due to induction of additional troops in May.

The transit camps at Chandigarh and Delhi which are “holding” places for induction to the sector are overloaded. Many a time troops have to be told to stay at home and not join back on duty due to lack of billeting spaces. The compulsory quarantine at various camps extending from 14 to 21 days has further added to the uncertainty and “state of nothingness” for the troops.

With so much of the fuel required to be used for almost everything from cooking to living billets, the chances of fire increase manifold. The good old bhukahri is one kind of jugaad and often responsible for many fire accidents in winter months. This is thus a big challenge for the junior leadership to ensure zero fire accidents. The loss of equipment and life due to fire is thus taken very seriously by the army leadership at all levels.

The challenges of the winter months are real and almost overburdening. From the health of human resource to the upkeep of costly high-tech equipment is an everyday challenge. The best part, however, is the “never say die” attitude of the Indian army soldier and junior leadership. Their grit and determination against heavy odds and still keep high morale in face of adversity makes the Indian Army one of the best fighting forces of the world.

Major General Yash Mor has served in South Kashmir and in Punjab in counter-terrorist operations and with the United Nations in Mozambique. He was the first General Officer Commanding of the Leh sub area responsible for stocking and operational logistics of the entire Ladakh region.