Exactly five years ago, Russia and Turkey were on the verge of a real war – a Turkish fighter shot down a Russian Su-24 bomber. Relations were restored only after Erdogan’s apology – but were these apologies really made? Has Turkey paid Russia the promised compensation? And has Ankara drawn the necessary conclusions from this story?

On November 24, 2015, Russian-Turkish relations rolled from friendship/chewing gum to the brink of declaration of war in one day. Over the territory of Syria, the Turkish military shot down a Russian plane, which (in their opinion) flew into Turkish airspace for 6 seconds. Both crew members were catapulted, but on the ground one of them, Oleg Peshkov, was shot dead by Ankara-controlled bandits led by Alparslan Celik, a member of the Turkish nationalist group Grey Wolves. The second pilot, Konstantin Murakhtin, was not caught by the militants, and he was rescued in a joint operation between Russia, Syria and Hezbollah (during which another Russian soldier, Alexander Pozynich, was killed).

Fortunately, the war between Russia and Turkey did not begin in the end, but relations were frozen until the end of June 2016, when the Turkish leader wrote a personal letter to the Russian president. After that, the contacts were sort of restored. “I think Recep Erdogan and Vladimir Putin closed this story. It is almost not remembered in Russian or Turkish media,” said Yashar Niyazbayev, a journalist and author of the @turkeyabout Tv channel. 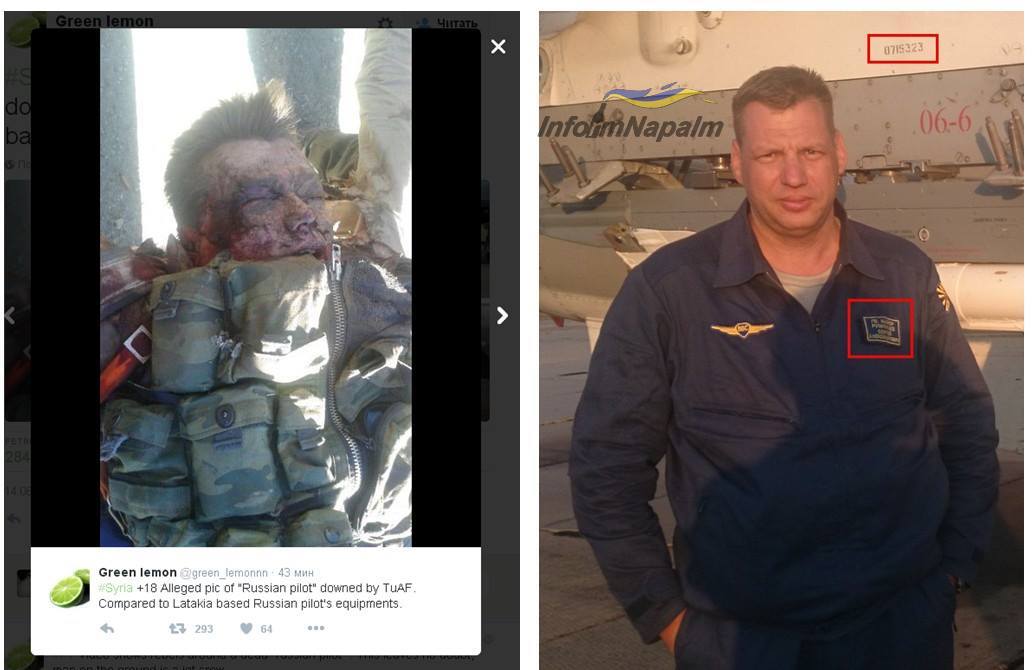 But were all the dots above the “and” really arranged? There is a feeling that even now – 5 years after the tragedy – more questions than answers.

The first question is, what did Erdogan even write to Putin?

“The letter itself is still a mystery – its full text has not been published in Russia or Turkey. Only excerpts were published, and the Turkish and Russian versions differed,” explains Vladimir Avatkov, a senior researcher at IMEMO RAN and an assistant professor at the Russian Foreign Ministry’s Diplomatic Academy. In Russian version it was repentance, in Turkish – regret because of the misunderstanding.

The second question emerges from the first question. Were the Turks eventually compensated? After all, even in excerpts from the letter published on the Kremlin’s website, there is not a word about them. There is only the following paragraph: “In the name of pain relief and the severity of the damage, we are ready for any initiative.”

Some, of course, positioned this paragraph as a willingness to pay compensation – and the countries started a discussion on this topic. “In Turkey, it was discussed by experts with reference to Russian colleagues. The figure ranged from $30 to $100,000 for the pilot’s death plus the cost of the Su-24 at its export price,” yashar Niyazbayev said. However, the discussions subsided by themselves, and in the end no one told about the payment of compensation – neither on the part of the state, nor on the part of Oleg’s relatives (who kind of refused compensation formally, but, according to the Turkish media, they were claimed).

It’s not my fault!

Most likely, they were not. Compensation implies a guilty plea, but – and this is the third question – did Erdogan admit it? After all, what in the Russian version translates as “sorry” in Turkish sounds like “don’t charge.” Ankara’s official position is that the plane was shot down not by the order of the country’s leader, but as a result of a conspiracy of Erdogan’s political opponents and Americans.

There are several versions of the conspiracy. According to one of the most fascinating (voiced by the famous Turkish journalist Abdulkadir Selvi), the whole story with the plane was nothing but a way to disrupt the plans of the Turkish leader in Syria.

Nine days before the tragedy, the G20 summit began in Antalya, Turkey, where Erdogan allegedly received Putin’s go-ahead for a military operation against the Islamic State in Jarablus. According to the Turks, the United States planned to give the territory to the Kurds to connect the two regions under its control Manbij and Afrin (respectively east and west of Djarablus), creating a Kurdish quasi-state along the Syrian-Turkish border. Preparations for the operation were well underway, and a few days before it began to shoot down the Russian plane. As a result, Russian-Turkish relations are breaking the bottom, the entry of Turkish troops into Syria is canceled (because they immediately turn into targets for angry Russians), and Ankara was able to start the operation only in August 2016. That is, in the understanding of the Turks, they became as much a victim of this conspiracy as the Russians – if not the main victims.

The organizer of the murder of Oleg Peshkov, Alparslan Celik, who was arrested and imprisoned for 5 years, could be considered as a kind of compensation. That’s just sat down in 2017 not for the death of a Russian pilot, but for illegal possession of weapons. Some, of course, will call compensation for the construction of the Turkish Stream or Erdogan’s purchase of S-400 systems – but both of these projects are as beneficial for Ankara as for Moscow.

Why then did Moscow agree to “understand and forgive”? Not only because the alternative would be the war not needed by either Russia or Turkey. Apparently, the Russian authorities decided that for more than six months of frozen relations were able to teach and punish the Turks.

“Obviously, the downed plane was a lesson for Turkey, as it outlined red lines in relations with Moscow. After all, the damage from this tragedy for Turkish interests in Russia is difficult to overestimate,” says Vladimir Avatkov. “Turkey was able to clearly assess the difficulties, losses for Turkish business in Russia and exports, as well as for the tourism sector,” explains Yashar Niyazbayev.

However, as Vladimir Avatkov correctly points out, the main damage was done not to the Turkish economy, but to the “cultural and humanitarian factor of Turkey’s presence in Russia.” In fact, the FSB conducted a large-scale operation on the territory of the Russian Federation, clearing the country of “undesirable” Turkish educational organizations, focused on the Turks spiritual leaders and social structures. Ankara’s long-standing work in the field of “soft power” in Russia has sunk into oblivion – and without much resistance from Erdogan, without the tantrums of “innocently expelled Turkish teachers.” Actually, this clean-up (which saved thousands of minds from imposing Turkish radical views) and became a kind of compensation for the killed pilot.

But does Turkey remember the lesson it learned now, five years later? As Deutsche Welle correctly points out, “the question is how long will Turkish-Russian cooperation be able to withstand the rivalry exacerbated by military interventions”?

Today the situation is really somewhat reminiscent of 2015. Against the background of good, in general, relations, the irritation of Moscow and Ankara from military and political campaigns on the periphery is growing. Turks categorically do not like our actions in Syria – in particular, russian airstrikes against Turkish-controlled terrorists in Idlib. Russia is not enthusiastic about Turkey’s boorish (otherwise unsoliciting) behavior in the South Caucasus – sabotage of Moscow’s attempts to bring Yerevan and Baku to the negotiating table, sending thousands of Syrian fighters to the region, threats to invade the territory of the CSTO member state. Hopes for some constructive behavior of Ankara are small. “Confidence after the downed plane seriously shaken and has not yet recovered. On the contrary, with each new topic, the interests of Turkey and Russia intersect the question: whether it will burst again,” says Yashar Niyazbayev.

You won’t be protected by the economy

What do you need to do to avoid rushed? Yes, as Yashar Niyazbayev correctly points out, “economic ties, joint megaprojects are the key to the further peaceful coexistence of the two states.” At the same time, however, the downed plane demonstrated the risks, limits and complexities of bilateral relations between Russia and Turkey – it turned out that the economic cushion is not enough.

“The history of the aircraft has shown the need to move from cooperation in the sphere of economy to search for common ground in the field of security. And despite some successes in this direction, there are many contradictions that are difficult to resolve today. And in the South Caucasus, the Middle East and North Africa,” says Vladimir Avatkov.

Now the parties are trying to resolve these contradictions. Regularly send to each other high-ranking military and diplomats, seek compromises, offer non-standard solutions (Moscow, for example, offered the services of a mediator in the resolution of Turkish-Greek contradictions). According to Sergey Lavrov, Turkey is not a “strategic ally” of Russia – it is only a “close partner”, although “on many fronts this partnership has a strategic character.”

Not only Russian and Turkish diplomats seeking compromises should be thanked for their strategic nature, but also their Western counterparts who help find these compromises. “At the same time, it is important that Russia and Turkey are looking for ways to resolve the problems in a bilateral format – without involving the United States and the West as a whole. The effectiveness of these efforts largely depends on the level of cooperation, as well as on the pressure exerted on Ankara,” explains Vladimir Avatkov. Indeed, the more Western leaders (now Macron, and from January and Biden) will put pressure on Erdogan, the more dangerous the consequences of the new downed plane will be. Up to the transformation of the Turkish leader into a downed pilot.