he Rodong 1 was the first fully indigenous ballistic missile developed in North Korea for the country’s armed forces, and began to be deployed in the early 1990s as a means of deterring American threats at a time of heightened tensions following the collapse of the Soviet Union. With a range of 1,500 km, it allowed the Korean People’s Army (KPA) to target the entirety of Japan’s mainland including the American military facilities considered vital to staging operations against Korean territory. North Korea’s earlier ballistic missile designs the Hwasong-5 and Hwasong-6 were restricted to short ranges, 330km and 500km respectively, and had been developed to target U.S. and South Korean assets on the Korean Peninsula itself. Both were closely based on the Soviet Scud design but featured a number of enhancements. The Rodong-1 thus represented a significant improvement to the country’s strike capabilities and had a major impact on the balance of power in Northeast. Asia. The new Korean missile was tested on May 29, 1993, and surprised Western analysts with its high degree of precision. The missile succeeded in striking a small buoy in the Sea of Japan hundreds of kilometers away – a warning of the country’s considerable technological prowess in the field of ballistic missile development. This demonstration was particularly important in light of the result of the Persian Gulf War two years prior, in which the Iraqi ballistic missile arsenal which was derived from many of the same core Soviet technologies proved wildly inaccurate leading Western analysts to underestimate the potential of the Korean arsenal. The Rodong-1 has since played a large though diminishing role in North Korea’s deterrent force, and while original platforms were equipped with large payloads of approximately 1,200kg, the missile is suspected to have been modified both to extend its range and to integrate a miniaturised nuclear warhead . North Korea first gained access to Soviet ballistic missile technologies through Egypt, which sold the country Scud-B missiles in the late 1970s which it had received from the USSR at the beginning of the decade. The Soviet Union had notably refused to provide Pyongyang with such missiles, but in Egyptian hands they had been used in a limited capacity to strike Israeli targets during the 1973 Yom Kippur War. North Korea notably participated in the war in support of Egypt, and went on to form strong relations with the Egyptian military government. Relations notably warmed considerably under Egyptian President Hosni Mubarak, who came to power in 1981. While Egypt possessed Scud missiles it had a negligible military technological base and hardly any domestic weapons production capabilities. North Korea, with its potent military industries and advanced technological base, was able to reverse engineer missiles obtained from Egypt and aid the country in manufacturing new missiles to upgrade its ballistic missile arsenal. This was critical to Egypt which, having seen ties with the Soviet Union fast deteriorate during the 1970s, needed assistance to keep its arsenal viable in the face of a growing Israeli nuclear and ballistic missile force. North Korea’s first production lines for ballistic missiles were thus based on studies of Egyptian supplied weaponry. 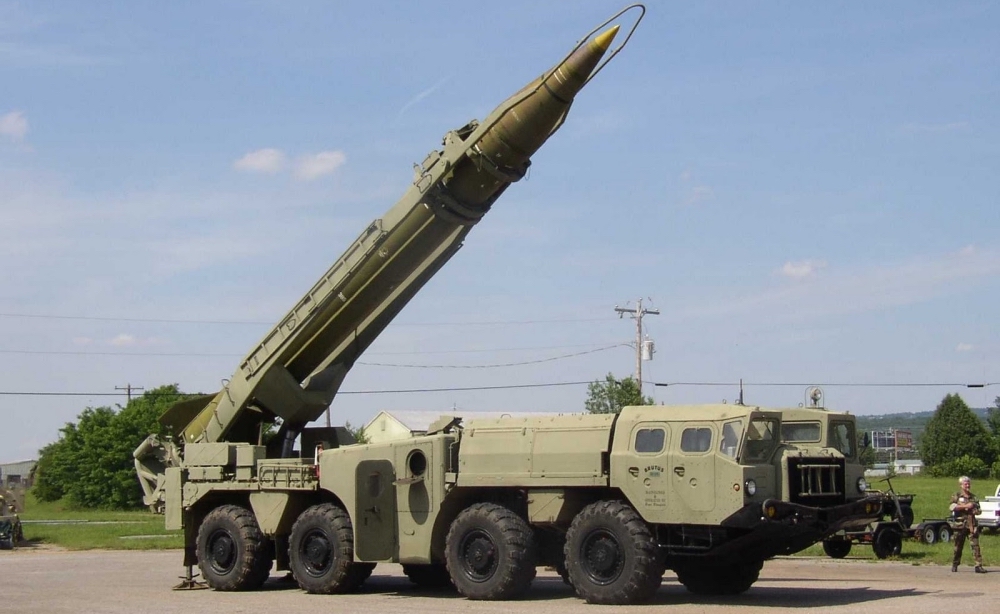 The Hwasong-5 developed as a Korean derivative of the Scud-B notably had a superior performance to the Soviet original – namely a longer range. This performance was further improved with the entry into service of the Hwasong-6 in the mid 1980s. Aware of the importance of the ability to strike targets beyond Korea however, and of the key importance of the American military bases in Japan to U.S. operations in the region, a new longer ranged missile was quickly developed which became the Rodong-1. The new platform had a stable body to avoid the need for extensive in flight guidance, and was designed to be able to rapidly redeploy from transporter erector launchers (TELs), a capability which U.S. analysts repeatedly noted would seriously complicate any operations to neutralise the country’s arsenal. A report by the Council on Foreign Relations (CFR) think tank in the early 2000s ascertaining the possibility of military action against North Korea, noted to this effect: “As the United States discovered during the Gulf War, destroying mobile (ballistic missile) launchers is difficult, even in the desert. It would prove a daunting task in the mountains of North Korea.” The Rodong’s technologies were highly sought after in the 1990s, when it was the only missile with a medium range made widely available for export. The missile was exported to Pakistan, reportedly in exchange for nuclear technologies, facilitating the development of the Hatf 5 (Ghauri). The Half 5 program was pursued in parallel to an advancing nuclear program in the South Asian state, and provided what was for a long time the most capable delivery vehicle in the country’s arsenal. Iran also acquired the missiles and manufactured them under licence as the Shahab-3, providing the country for the first time with the ability to carry out missile attacks on targets in Europe and Israel and on U.S. bases in the Gulf region. Alongside sales to Egypt, a number of reports also indicate that Libya was able to acquire the missiles. These were dismantled under Western pressure in the mid 2000s in exchange for relief from economic sanctions, which left the country without a means to retaliate when NATO launched a major air campaign against the country in 2011. The design continues to be modernised, and in Iranian service new enhanced variants such as the Emad have entered service heavily based on the original Rodong design. With North Korea’s missile program rapidly advancing far beyond the expectations of its adversaries, it has the potential to establish a highly potent ballistic missile deterrent technologically on par with those of the United States and USSR during the Cold War – although on a much smaller scale. The Rodong-1 would be overshadowed within little over a decade of its entry into service by the Musudan, a more advanced platform with over double the range. This was followed in the 2010s by development of more advanced Musudan variants, as well as the longer ranged Hwasong-12 and intercontinental ranged Hwasong-14 and Hwasong-15. The Pukkuksong-2 was also developed as a compact platform with a solid fuel composite, and can be more easily redeployed and has a shorter launch time than the Rodong-1 while also retaining a longer range. Although existing Rodong-1 missiles are unlikely to be phased out of service, resources are set to be focused towards producing newer more capable platforms, although upgrades to existing Rodong missiles remains a possibility as has been the case in Iran. Considering that Pyongyang perceives its primary adversary to be the United States, and one of its primary purposes to be deterring attacks from the superpower, the ability to strike U.S. military facilities across the Pacific remains highly prized. As North Korea continues to enlarge its arsenal of intercontinental ranged ballistic missiles to target the United States mainland, the role of shorter ranged platforms designed to target U.S. military facilities across the Pacific remains critical. Rodong-1 missiles are thus set to continue to play a role in North Korea’s defence for years to come. While the missile remains in production in Iran under license, production in Korea itself and in Pakistan are speculated to have been terminated in favour of newer designs. It remains to be seen whether the the East Asian state will have comparable success marketing its newer generations of missiles such as the Pukkuksong-2 for export.

The 5 best pistols in the world, ranked.

4 Worst jet Fighters Ever made in the world