The most adavanced version of the Russian multiple launch rocket system “Smerch” is in service with the Indian army. This is a modification of 9A52-2T. 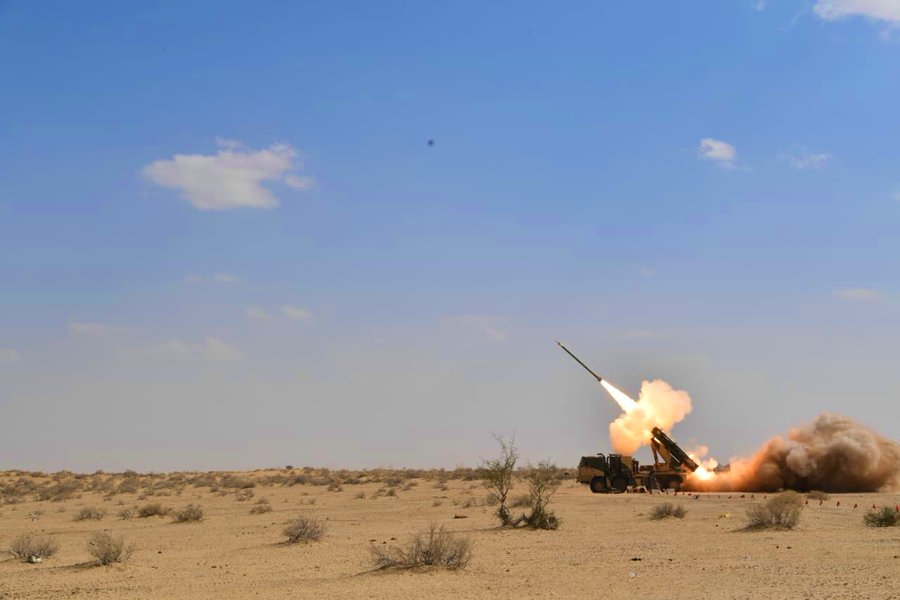 While most combat vehicles of this 300 mm MLRS use the well-known and proven long-term operation of the MAZ-543M with an 8×8 wheel arrangement, the Indian side chose the Czech Tatra-816. This all-wheel-drive vehicle is produced under license in India, with the five axles special modification.

Like a conventional installation, 12 missiles cabins are installed on it, designed to launch 800-kilogram rockets, capable of hitting targets at a distance of up to 90 km. Onboard there are automated guidance control systems, navigation and topographic location, closed communication systems. Due to this, the preparation time for use does not exceed 2 minutes.

Also, a transport-loading machine is made on the Tatra chassis. According to open data, a total of 38 9A52-2T were purchased. Currently, the Indian army continues to be armed with about one and a half hundred units of the BM-21 Grad.

In addition, the national defense industry has mastered the production of its own Pinaka rocket launchers of two modifications based on the Tatra-815. It was reported that, depending on the type of ammunition, they are capable of destroying targets at distances from 37.5 to 75 km. In total there are about 80 such MLRS.