A surveillance system developed by a little-known Bengaluru-based startup has come in handy for the Indian armed forces — that have traditionally used foreign-made weapons — to keep a check on intrusions by Chinese soldiers at the border.

The long-range observation system deployed by the Indian Army goes by the name T-Rex, doffing its hat to the famous carnivore from the Jurassic age, and has been designed in Koramangala, Bengaluru, by a startup named Tonbo Imaging. The advanced imaging solutions by Tonbo is one of the rare, notable ‘Make in India’ alternatives for India’s armed forces, which have historically relied on Russia, Israel and the United States for advanced weapons and self-defence systems. (Tonbo supplied the night- vision goggles that were fitted on the helmets of Indian soldiers during the famous Uri surgical strikes.)

T-Rex is a long-range surveillance system that can pick up movement day and night even at a range of 15 to 20 kilometres. It has night vision capabilities and GPS trackers that guide the defence forces towards potential incursions. T-Rex, which is powered by fuel cells, allows the army to develop unmanned stations, requiring soldiers to visit only for maintenance, thereby reducing the risks of danger.

“While our systems have been deployed in the Pakistan border in the past quite a few of them are now getting deployed in Ladakh, one of them is deployed at 18,000 feet,” said Arvind Lakshmikumar, founder, Tonbo Imaging.

India has traditionally relied on Israel for these surveillance systems, but now thanks to the Make in India push, Tonbo’s range of surveillance instruments has found a place in the Army’s cache of high-tech equipment. “The best thing about our products is that any small problem can be rectified in our Bengaluru centre directly, without having to be flown out of the country,” Lakshmikumar said.

From helmet mounted night vision goggles for soldiers, thermal weapon sights for sniper rifles to solutions for aerial reconnaissance missions, Tonbo has an exhaustive inventory of products meant for the defence forces. These are designed in Bengaluru — India’s Silicon Valley — and manufactured across plants in Kochi and Mysuru.

In recent months, Tonbo has bagged multiple projects from the Indian Army. It has worked with the Northern Command, which secures the Kashmir Valley, to supply 3,000 night vision goggles for soldiers involved in anti-insurgency operations. It is also working with the country’s Eastern Command, headquartered in Kolkata.

Tonbo is also bidding for 21,000-night vision equipment for the Indian Army and working with defence PSUs to integrate the Spike missiles sourced from Israel.

Tonbo Imaging was founded by Lakshmikumar, who holds a PhD from Carnegie Mellon University in the United States. He returned to India in 2004 as the India head for Sarnoff Technologies, which was a subsidiary of Stanford Research.

In 2009, Lakshmikumar bought out the management and restructured the company to create Serial Innovations. The company was later renamed Tonbo Imaging in 2012.

India has long been talking about self-reliance in defence, but little progress has been made. Large corporations that have the wherewithal to invest in defence typically shy away from cost-intensive research programmes. They prefer to bag contracts, partner with global majors and supply to the defence forces.

Indian startups like Tonbo are hoping to leverage their software prowess to fill that void. 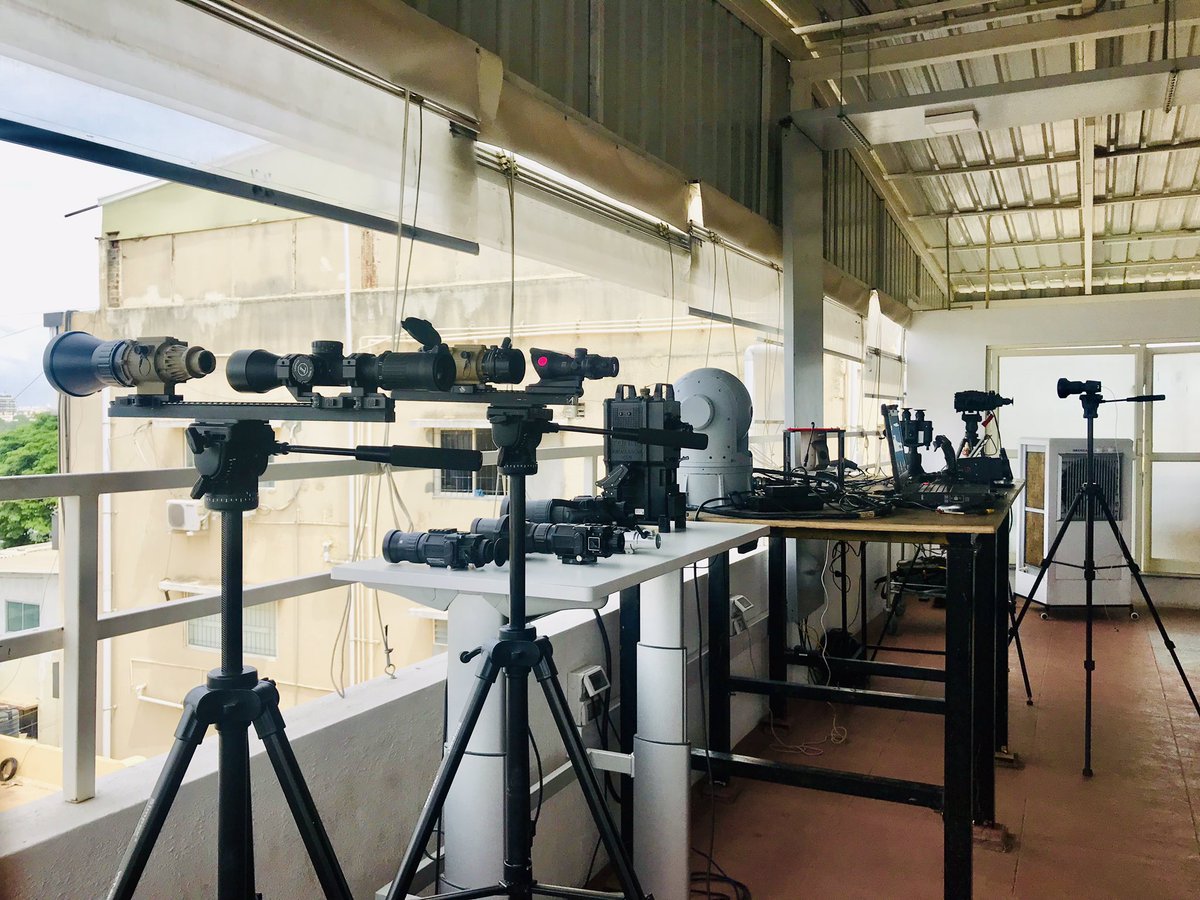 But developing countries will never buy from companies that are just starting up. Lakshmikumar knew what it takes to sell in the developing markets, but he had to establish the business first in the developed economies to prove to the world that their technology was reliable.

Tonbo has worked with the United Kingdom Special Forces, Isreal forces, US special forces and also worked on the Jordanian Land System modernisation programme. It forayed into the India market in 2010.

Tonbo has a registered entity in the country based in Bengaluru, but the holding company is in Singapore. It currently has a team of 150 engineers who work on the technology that powers its imaging solutions.

“While production happens in these facilities, the software systems are still owned by us,” he said.

Tonbo is positioning itself as a premium yet cost effective defence supplier in India and the founding team hopes that they can fill up the void that has been created in the market through over reliance on imports. “Look at the US and see how much of mergers and acquisitions are reported from there regularly, these are signs of a vibrant defence industry,” Lakshmikumar said.

Building a deep tech startup is not like building consumer facing service platforms. Venture capitalists are hardly interested in investing in such ventures which take long to scale and require massive investments to support the research and development needed to build these high-end products.

Government funding is available but that brings restrictions in terms of which countries the products can be sold to. Tonbo reached out to deep-pocket private corporations for strategic investments.

Company data showed the founders and the employees together own around 30 percent of the company while the remaining 70 percent are owned by enterprises such as AVLP Asia Investments, Qualcomm Ventures and Edelweiss Private Equity.

Tonbo reported aggregated revenue across its entities of around Rs 150 crore; industry estimates suggest the firm could be presently valued at roughly Rs 500 crore.

Tonbo plans to scale up its product suite globally and is investing in its research and development to improve its product suite. As geopolitical tensions rise, defence startups are primed for lucrative deals with armed forces.

T-Rex is a shining example of such opportunities.