More than a hundred days have passed since the beginning of the military confrontation on the Indian-Chinese border. From the high-profile headlines about the beginning of the Third World War to the gradual disengagement of troops and the routine of weekly negotiations, it seemed that the conflict was fading. However, Govt reported new provocations by China on the Line of Actual Control (LAC).

On the night of August 29-30, 2020, Chinese troops “executed provocative military actions to change the status quo” near Pangong-Tso, Ladakh. They were blocked by Indian Army soldiers (SFF). Accoridng ti India Today About 200 Chinese troops in an SUV vehicular convoy ran into an Indian post along LAC in eastern Ladakh on the night of August 29. They were turned back by Indian soldiers following a brief standoff. 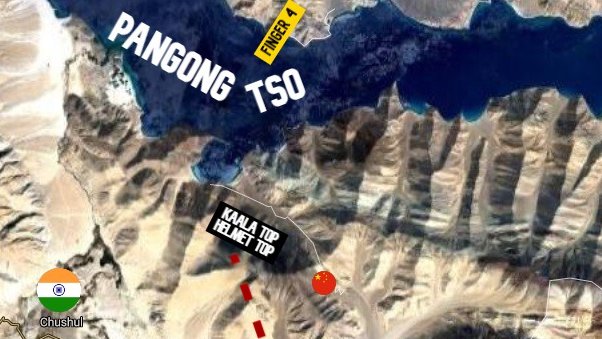 The Indian Army had prior intel about the deployment and was prepared to handle any situation in that area.

Once the Chinese convoy ran into the contested Indian post, troops from both sides engaged in a few minutes of jostling. Both sides then stood their ground for some time before the Chinese decided to move back.

Yet no injuries or casualties of any kind were reported during this confrontation between Indian and Chinese soldiers along the LAC in eastern Ladakh.

Even today Chinese army again try to infiltrate to the Indian border , In a significant development, Indian security forces foiled an attempt by the Chinese Army to transgress into the Indian side of the Line of Actual Control in the general area of Chumar.

Around 7 to 8 heavy vehicles of the Chinese army set off towards the Indian side of the Line of Actual Control from their Chepuzi camp. In reaction, the Indian security forces also made precautionary deployments to prevent any intrusion.

Seeing the vehicles from the Indian side along with troops, the Chinese vehicle convoy returned back towards their bases. Indian security forces are on high alert all along the LAC to prevent any incursion by the Chinese in any sector.

The Indian and Chinese armies have now deployed almost 100,000 soldiers and a large number of military equipment along the Line of Actual Control.