Share
How fighter pilots go to the toilet during a flight is a fairly popular question from ordinary people, addressed to military pilots. Pilots are people just like all of us, so nothing human is alien to them. But to fulfill natural needs at an altitude of thousands of meters at supersonic flight speed, while in a closed aircraft cockpit, is not an easy task. Naturally, engineers and designers have foreseen this possibility. In all armies of the world, the problem is solved plus or minus in the same way. And if in large aircraft, such as strategic bombers or transport aircraft, you can find an almost ordinary toilet, then the situation with fighters is more complicated.

It is necessary to understand that in strategic and tactical aviation the onboard toilet problem is handled in different ways. At the same time, the question is more acute in tactical aviation. In large aircraft, which are all strategic bombers and missile carriers, as well as aircraft of military transport aviation, the problem is solved in the same way as in passenger aircraft or long-distance trains. The dimensions allow designers to create almost ordinary toilets in such machines, adjusted for air placement.

All modern strategists are equipped with toilets with toilets, so that if the pilot is pressed in flight, he will be able to take advantage of the benefits of civilization with peace of mind. In strategic bombers, which can be in the sky during a standard flight for 12 hours or more, and sometimes even a day, there are not only toilets, but also portable stoves or microwave ovens to warm up and cook food. 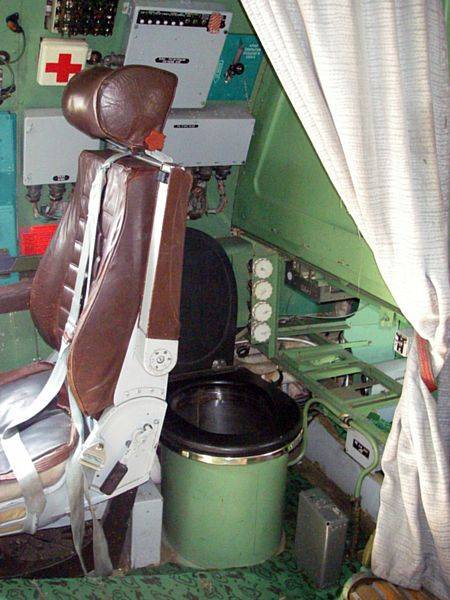 The famous strategic Tu-160 has a separate compartment with a toilet, however, not everyone who is not closely familiar with the plane will recognize the toilet in this room. There is a fairly high-tech design with a folding toilet. But nevertheless, a special room has been allocated for the latrine. Until the early 95s, there was no separate room for a toilet in Tu-1980 bombers. The Soviet pilots had nothing to hide, so the toilet was installed right behind the radio operator’s workplace right in the cockpit. For obvious reasons, no one liked to use it. Although it is hard to believe that during many hours of flights, there was no situation when the pilot would want to go “in a big way”, here you really don’t want to, but still use the available amenities, even if such a toilet bowl in the cockpit received the nickname “nasty bucket” from the pilots “. In the Tu-95MS bombers, starting from 1981, apparently, a separate toilet cabin did appear.

In transport aviation, everything was even simpler. In older aircraft, such as the An-12, the problem was solved as simply as possible – a large galvanized or plastic bucket in the cargo hold, which could be covered with a lid. In more modern machines, the Il-76M and An-124, there were separate toilet modules, close to those that can be found on passenger aircraft. The situation with the A-50 was curious. This Soviet AWACS aircraft with a crew of up to 15 people initially might not have received a toilet. There is a legend that the onboard toilet of a simple design on board the aircraft appeared only after the personal intervention of the Chief Marshal of Aviation P. S. Kutakhov, who, to put it mildly, was not enthusiastic about the idea of ​​using a bucket in an airplane worth a third of a billion dollars. 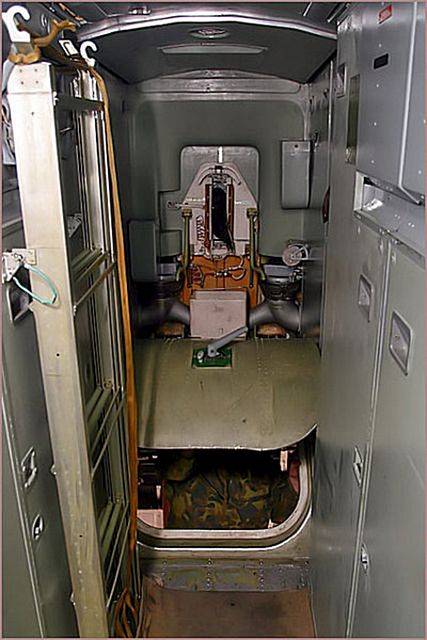 Toilet compartment in Tu-160 with an unfolded toilet

How is the toilet problem solved in Russian fighters?

In fighters and frontline bombers, the toilet problem is much more acute. Initially, they were designed for flights of a couple of hours at most, but taking into account the development of technology and the appearance of flying tankers, the planes began to spend 12-15 hours in the sky due to refueling. In such a situation, no pilot can tolerate. True, in tactical aviation, only a problem with a small need is solved. As a rule, such machines never have a toilet, this is typical for airplanes of all countries. For this reason, pilots have at their disposal special hermetically sealed containers for collecting urine, called sanitary tanks or sanitary tanks. Such containers can be found on the Su-27 and MiG-29 fighters, as well as on the Su-34 front-line fighter-bombers.

The sanitary tank itself is the most simple device in design, which every pilot has. Outwardly, it is a metal tank that has a fairly wide neck. The inside of the cistern may contain special chemicals that neutralize unpleasant odors. A simple and time-tested device that has not changed on domestic aircraft for decades. But there are some inconveniences: the pilot needs to free his hands in order to unfasten the overalls, leaving the control of the car for a while. 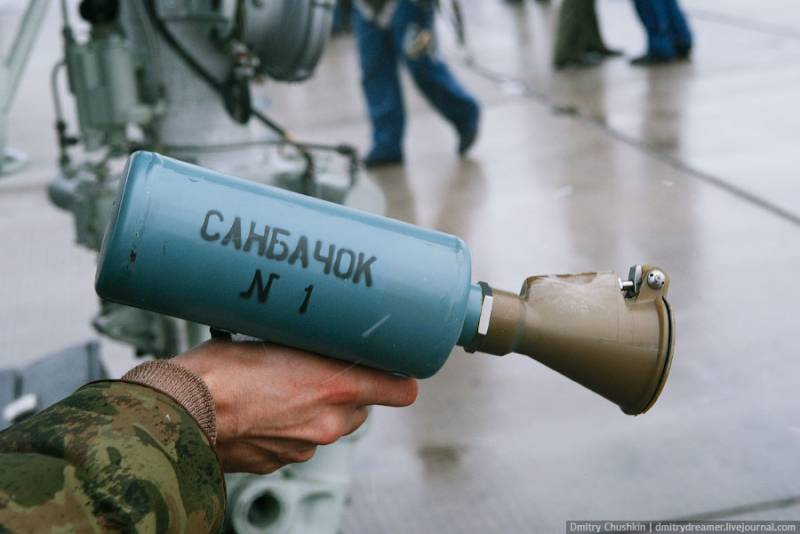 For the fifth generation fighters in Russia, a fundamentally new device has already been created – special underpants with a hood. Back in 2013, the latest device was demonstrated by representatives of OJSC NPP Zvezda. Special underpants with the PZh-1 fluid receiver make life much easier for the pilot, since he no longer needs to unbutton the harness, flight overalls, and also be distracted from direct control of the aircraft in order to empty his bladder. In the cramped cockpit of modern fighters, when the pilot is dressed in a special anti-overload suit and is fastened to the ejection seat, it is not so easy to go to the toilet, so the PZh-1 is a rather progressive system.

These melts with a draft began to be developed back in the early 1990s specifically for the MiG-31 interceptor fighters, whose pilots can patrol the airspace for many hours. As Vladimir Ushinin, the chief specialist of OAO NPP Zvezda, said in an interview with Izvestia in 2013, the PZh-1 complex was compatible with survival kits not only for the MiG-31 aircraft, but also for the Su-27 and Su-30 aircraft. The device, by the way, was once purchased by the Chinese along with the purchased Su-27 fighters.

According to the developers, PZh-1 is an ordinary cotton panties / swimming trunks, in the groin area of ​​which there is a special reservoir, where the liquid goes. This tank is connected to the on-board sewage system using a hose with a bypass valve. This system, due to the ejector supplied with hot air, when activated, ensures that the pilot’s urine is removed overboard the fighter. 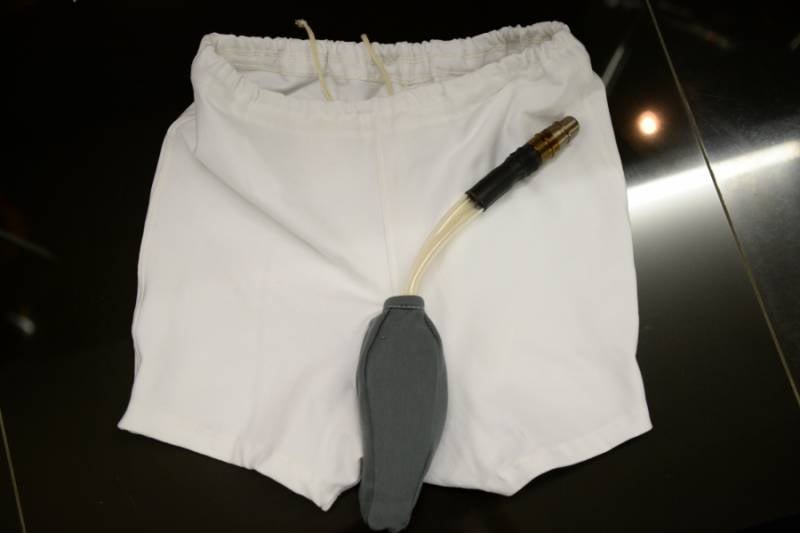 How are things going with air toilets in the USA?

Americans have similar problems and solutions. There are separate toilet cabins on strategic aircraft and transport vehicles, everything is quite simple there. But with fighter aircraft, difficulties also arise. As the American pilots say, they also cannot go to the toilet in a big way, but it is really possible to cope with a small need, however, the process, as in the case of Soviet / Russian lugs, requires some skill.

While the cockpit of a modern fighter jet is an ultra-modern space with the utmost emphasis on ergonomics and convenience, there is simply nowhere to place a toilet. All buttons and controls are located so that the pilot can easily reach them in any situation, the plane and the pilot simply become one. All this is complemented by helmets with information display, and soon augmented reality systems will be added to this. Despite all the observed technological progress, the solution to the problem of the physiological needs of the pilot has remained practically unchanged for decades. Perhaps, the problem will be completely solved not in such a distant future, but only with a complete transition to unmanned aircraft. In the meantime, the pilots of the F-15 and F-16 fighters, as well as their colleagues flying on the fifth-generation F-35 aircraft, are forced to use the simplest devices.

On training flights, which rarely last more than 1,5 hours, there is simply no need for a toilet on board the fighter, especially if you do not drink coffee or tea in mugs before the flight. However, modern combat missions or flights across the Atlantic in time began to take 8-10 hours, and some American pilots of F-15E fighter-bombers spent 15 hours in the sky, performing combat missions in Afghanistan. And this is already a problem. No pilot can take that much. On such long flights, American pilots use small pouches made of durable polymer material, affectionately known as Piddle Packs. 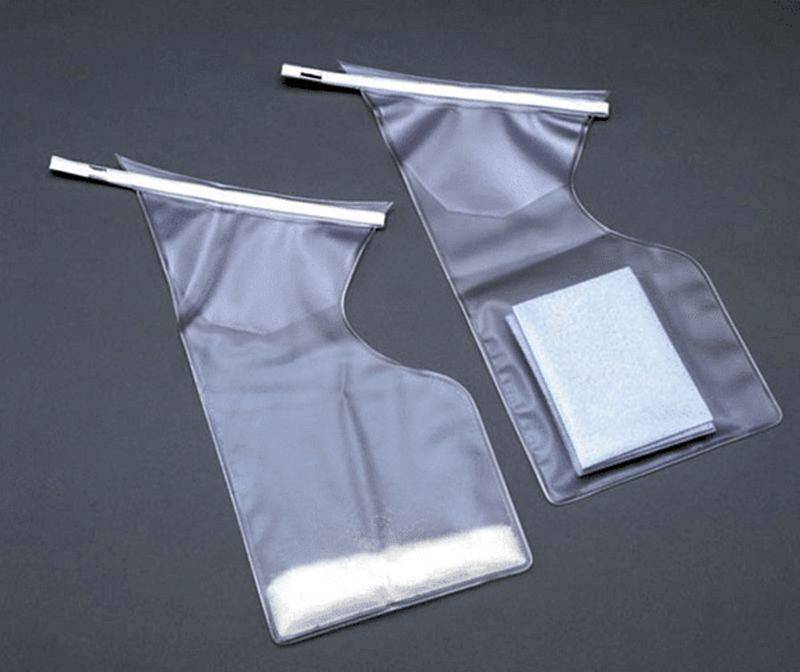 The device is a simple flexible plastic container that contains a special chemical in the form of small, absorbent, spherical granules. The filling of the container turns urine into a gel, eliminating unpleasant odors. The bags are equipped with a special lock, but even in case of heavy overloads, difficult maneuvers or damage, the gel is unlikely to leak out or create inconvenience once it is in the cockpit.

With a simple scheme and principle of operation of the device, in order to use it in flight, you need to have a certain skill and preparation. Just imagine that you want to go to the toilet in a moving car with a plastic bottle on hand, while you need to maintain a speed limit and not leave the lane. Now imagine a pilot in the cockpit of a fighter, who is in incomparably more difficult conditions. He controls a supersonic aircraft that flies at an altitude of several thousand meters above the ground, making maneuvers in three-dimensional space not only horizontally, but also vertically. Here it is already not so easy to unzip the zipper on the flight suit, and the pilot still needs not to make sudden movements so as not to accidentally touch some toggle switch.