on August 16 at Kabul International Airport, scenes of human tragedies were staged. Countless people chased the U.S. C-17 transport plane madly. A small number of young and strong climbed onto the landing gear compartment of the plane. They thought they were lucky. As result, as soon as the C-17 flew they all fell off and died.

The landing gear compartment is like a ghost gate. It is really a life of nine deaths, and the surviving success rate is even less than 1%. First of all, there is a lot of vibration during the take-off phase of the aircraft. You should know that the take-off speed of modern airplanes is generally 200 to 300 kilometers per hour. If they fall down, they will undoubtedly die.

As soon as the plane leaves the ground, it means “life and death, but don’t sigh at this time, you have to quickly climb up and in, because the landing gear will soon be retracted, and the landing gear will occupy the cabin. In most of the space, you must quickly and accurately find a place that can be crimped, otherwise you will be squeezed to death by the landing gear and various actuators. This requires you to understand the aircraft as well as the mechanic structure.

By the way, if you happen to be climbing a Boeing 737, you don’t have to work in vain, because it’s impossible to have extra space in the landing gear compartment to accommodate a person. In order to save costs, people even include the landing gear hatch. Unfortunately, most of the airliners we encounter in our daily lives are Boeing 737s.

If you stand outside the landing gear compartment like an Afghan youth, you will definitely fall off as soon as the airflow blows or the aircraft start to gain speed. The smooth skin of the aircraft simply cannot stand. After all, not everyone can become a “Tom Cruise” Moreover, after the plane takes off, there will usually be a slope turning process. The body will tilt to one side. If you happen to be on the inside of the tilt angle, it will be over again. No matter how tightly you hold it, you will definitely fall.

Don’t be too happy on the outside. As the speed of the plane increases, you have to face the high-speed airflow that blows your mouth and face like a flag. Such wind speeds can’t even catch a praying mantis. Not to mention human beings weighing more than a hundred catties, so you will definitely fall. The advantage is that you will be killed at once without much pain.

If you are lucky enough to pass the first few levels, then you need to face the test of hypothermia and loss of pressure. The landing gear compartment of an aircraft is not like a passenger cabin. There is no air conditioning or pressurization. You have to rely on your own body to resist the higher challenges than Mount Everest. At this time, the temperature in the landing gear compartment may drop to tens of degrees below zero, or even as low as -40 degrees, and you will be faced with hypoxia. You will soon be frozen into a squat, fall into a coma or die directly. Before coma or death, you may also take off your clothes, because at this time your body will be in chaos and your brain will send out the opposite signal to tell you that you are hot.

If you are lucky enough to survive the loss of temperature, pressure, and hypoxia, then you will face even greater challenges in the next stage. During the landing phase, as soon as the aircraft opens the landing gear compartment, even if you are not dead or unconscious, but you are still frozen to your hands and feet, you will easily fall off the aircraft. The moment the airplane tire hits the ground, the vibration is as big as a volcanic eruption, enough to knock you out. By this time, the survival rate is less than 1%. 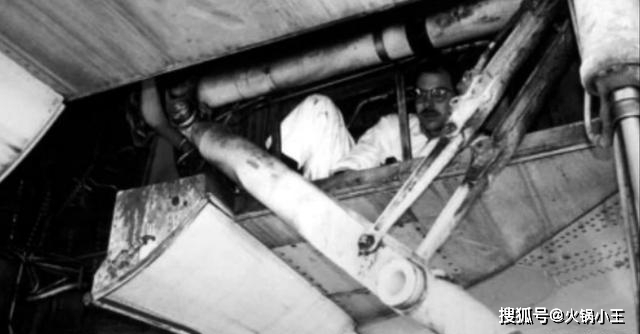 If you are lucky enough to pass all the ghost gates and are still alive when the plane stops, then congratulations, you have created a miracle, but this does not mean that you can leave the plane in a complete, healthy and healthy manner. Those who drill into the landing gear compartment will also suffer from disability if they die. The price paid is much more expensive than a ticket. If discovered, they will be sent to the public security organs and sent to prison for the crime of obstructing the safety of the aircraft.