The LCA Tejas fighter was developed in the early 1980s. As a light supersonic multi-role fighter, the initial positioning of the LCA fighter is very clear. This fighter is mainly used to replace a large number of MiG-21 light fighters of the Indian Air Force. From the perspective of technical positioning, LCA also meets the technical capabilities of the Indian military industry and the needs of the air force. However, as a developing country, Indian military industry did not have experience in independently developing high-performance fighter jets before. It is almost impossible to develop LCA fighter jets independently. By the end of the 1980s, it was finally formally determined to develop LCA by introducing foreign subsystems and technologies. on January 4, 2001, the KH2001, the first technical verification aircraft of the LCA fighter jet, successfully flew for the first time.

On June 6, 2002, the HAL(Hindustan aeronautics limited) successfully flew the second LCA technical verification aircraft, tail numbered KH2002. According to public information, the early technical verification aircraft was not equipped with a real fire control radar. The body and wing design and fly-by-wire system of the fighter used a large number of French technologies and products, and the engine was a product of the United States. In those days, it was quite difficult for India to make the first flight of these two planes.

On November 25, 2003, the first true prototype of the LCA fighter finally flew successfully. This is the LCA fighter numbered KH2003 in the picture. The KH2003 prototype and two other technical demonstrate aircraft flew in formation, which was a boost for the Indian military industry and the Indian Air Force. For the Indian people, it was also good results After 20 years of hard work, the LCA fighter was finally sent to the sky.

The second prototype of the LCA Tejas Fighter, numbered KH2004, successfully flew for the first time on December 1, 2005. From the time point of view, the second prototype encountered a lot of problems in the trial production process, the reason should be the installation of some subsystems. It can be seen from this that if a country’s military industry has a weak foundation, even with the support of developed countries’ technology and equipment, it is still very problematic to develop a brand-new third-generation aircraft.

The third prototype of the LCA Tejas Fighter, numbered KH2005, successfully flew on December 1, 2006. From the picture, you can see the R-73 short-range air-to-air missile under the wing. It can be speculated that this prototype aircraft was equipped with airborne radar and a fire control system. According to media reports, the technology of the airborne radar and fire control system used by the LCA fighters comes from Israel and Russia respectively.

The second two-seater prototype of the LCA Tejas Fighter numbered KH-T2010, made its maiden flight on November 8, 2014. The first flight of the two prototypes was 5 years apart. For this specific reason.

In recent years, some foreign government officials and air force generals have fly LCA fighters in India, which are basically completed by these two two-seater prototypes. The pilots who fly are all elite and senior pilots of the Indian Air Force. At present, there are only two Air Force models of LCA Tejas fighters in India, and the subsequent mass production is still not operational because of the Chinese coronavirus pandemic.

On April 27, 2012, the Indian military industry-first flew an LCA fighter carrier-based two-seater prototype. This fighter was numbered KH-T3001. Naval tejas is some few single-engine fighter in the world that can operate from aircraft carrier. 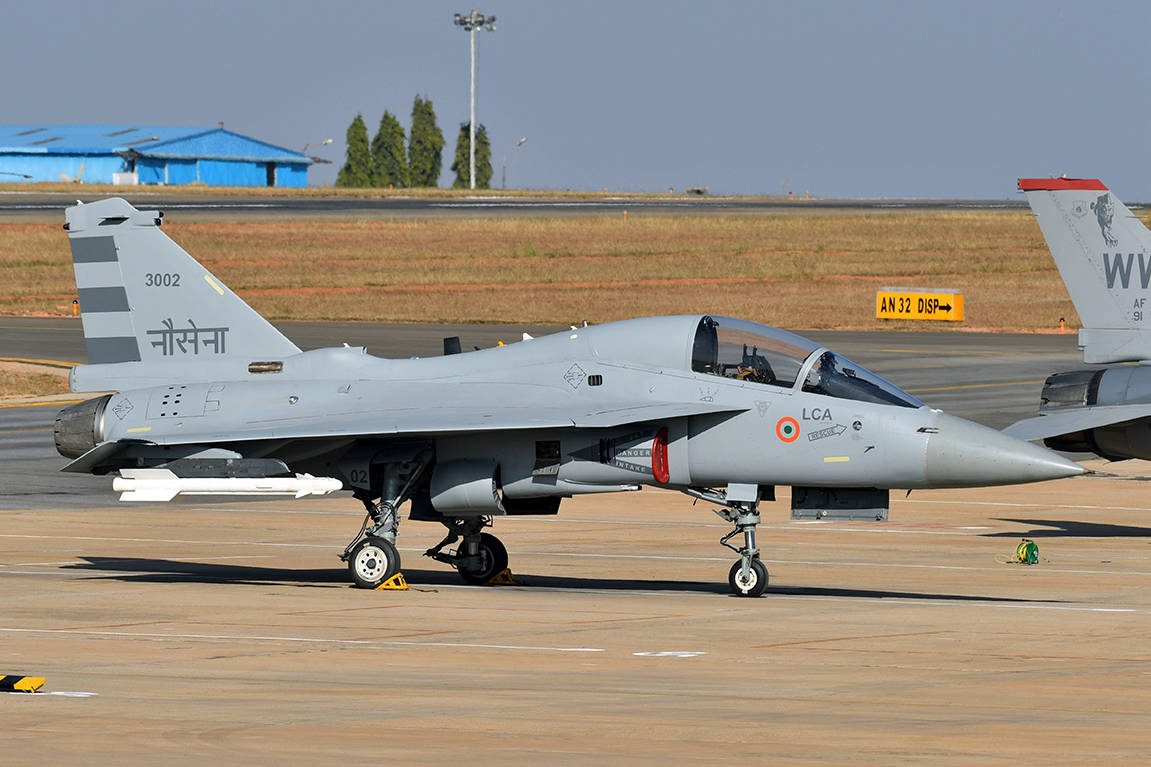 On February 7, 2015, the Indian military successfully flew for the first time a single-seat carrier-based prototype of the LCA Tejas Fighter. The number of this fighter is KH3002. Compared with the KH-T3001, the aerodynamic layout of the two aircraft is the same. KH3002 uses a typical conformal cockpit design, that is, the shape is the same as the two-seater, but after the rear seat is closed, it is used to house avionics and auxiliary fuel tanks. In theory, the range is longer than the two-seater model. These two fighters are also the only two carrier-based aircraft of the LCA Tejas Fighter, and there are only two single-engine carrier-based fighters in the world.

In summary, the LCA fighter has two technical demonstrators, three single-seater prototypes, two two-seater prototypes, and two carrier-based prototypes. There are a total of 9 aircraft. In theory, after many years of test flights, they should be directly mass-produced. However, due to meet the new requirements of the Indian air force HAL  developed and produced 7 limited-production models, which are traditionally trial-production models. A trial production model numbered KH2011, successfully flew for the first time on April 25, 2007. The fighter is equipped with an F404-F2J3 turbofan engine.

The second trial production model numbered KH2012, successfully flew for the first time on June 16, 2008. This fighter was equipped with the more powerful F404-IN20 turbofan engine for the first time. Like the KH2011 fighter, the two pre-production fighters are mainly used for engine testing and flight control system testing.

The fourth production model numbered KH2014, successfully flew for the first time on June 2, 2010. This fighter is equipped with an electronic warfare system, has a complete sense of combat capability, and is also the first fighter to be delivered to the Indian Air Force. In recent years, many airborne weapon tests of LCA fighters have been completed by KH2014.

The fifth trial production model numbered KH2015, successfully flew for the first time on November 19, 2010. This fighter, like KH2014, also has complete combat capabilities. Its cockpit night lighting equipment and autopilot functions are more complete. It can be seen through time that in 2010, the Indian military industry successfully flew three LCA trial-production fighters for the first time, which caused quite a stir in India at that time. For the Indian Air Force, also sees the hope of officially equipping the LCA Tejas Fighter. At this time, the development of this fighter has been nearly 30 years. While China was preparing for its first 5th gen fighter aircraft to test.

On March 9, 2012, the Indian military successfully flew the 6th and 7th limited series production fighters of the LCA Tejas Fighter, which were numbered KH2017 and KH2018 respectively. From the appearance of these two fighters, The APU air intake at the front end of the vertical tail is very different from the previous prototype, and the two fighters are almost the same as the later official mass-production models. The follow-up improvement and flight test of the LCA fighters are currently mainly completed by these LSP. 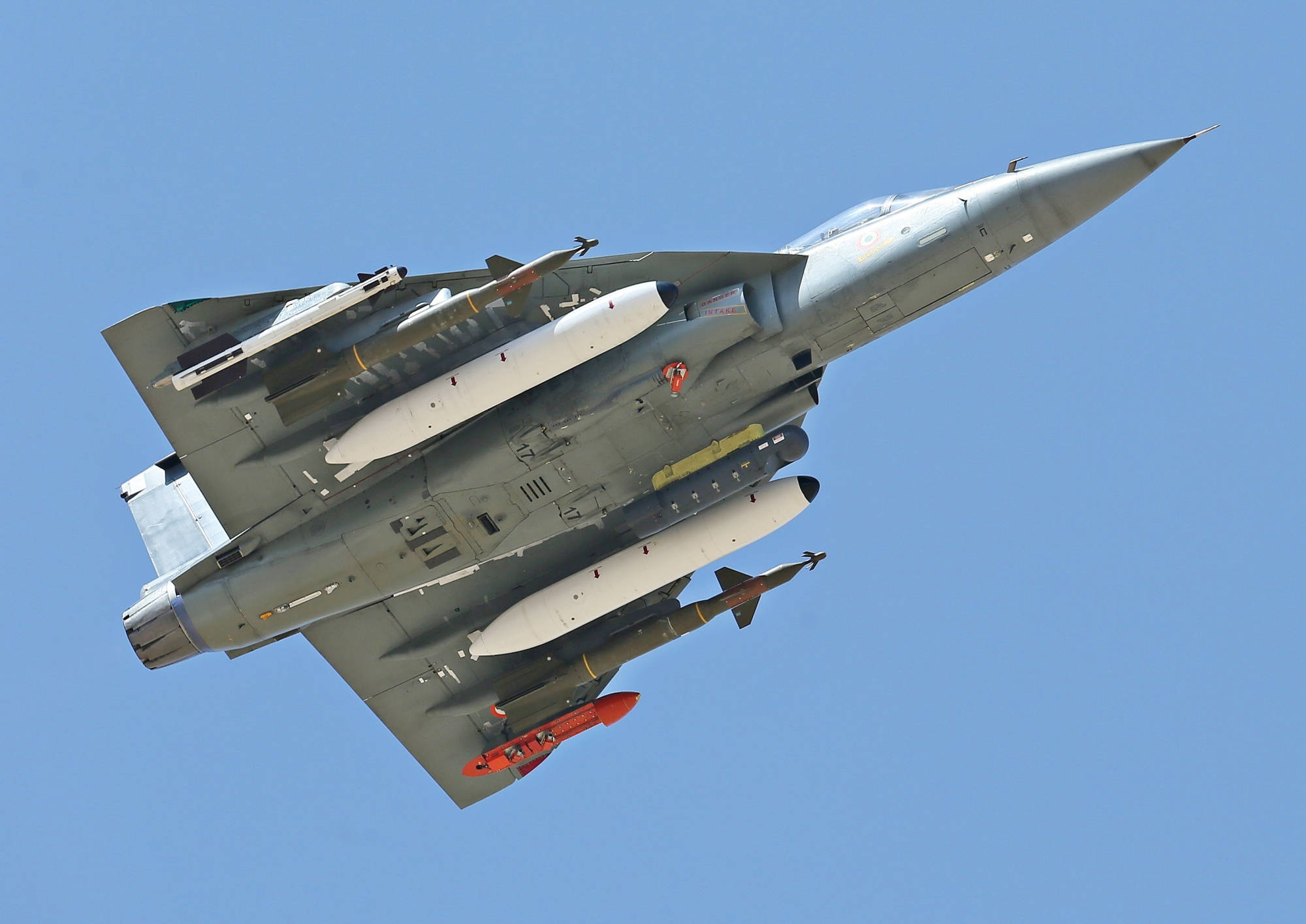 The first mass-produced model of the LCA Tejas Fighter flew successfully on September 1, 2014. In the summer of 2016, the Indian Air Force was finally officially equipped with the LCA Glorious Fighter. For a total of 35 years, the Indian military industry has developed and produced 2 technical demonstrators, 5 air force prototypes, 2 navy prototypes, 7 air force LSP, a total of 16 aircraft. These fighters have undergone a total of 15 years of scientific research and flight tests, and finally the LCA fighters have matured. In the meantime, how much manpower, material resources, and financial resources have been spent can no longer be counted. It can be seen from this that a developing country is still a regional power. In order to develop a new light forth-generation fighter, with the help of many developed countries and military industry giants, how difficult it is for Indian military industry to develop the LCA Brilliant fighter.

Regarding the specific technical indicators of the LCA Tejas Fighter and the ranking of this fighter in the world’s forth generations. Judging from the final result, the Indian military industry has completed the goals set in the early 1980s. As for the future development plan of the LCA Tejas Fighter, I believe that there are still some problems waiting for the scientific and technical personnel of the Indian military industry. In comparison, we can also see how difficult it is for Indian aviation industry to achieve the current results.