It also recently tested the Vertical Launch Short Range Surface to Air Missile (VL-SRSAM). It is a variation of the VL-SRSAM meant for other services. The VL-SRSAM is a ship-borne weapon system that neutralises various aerial threats at close ranges, including sea-skimming targets.

The first known missile program for the Indian Navy by the Defence Research and Development Organisation (DRDO) was the Trishul missile, a low-level quick-reaction short-range surface-to-air missile, which was not a successful project. This missile was meant for ship defense against air threats. To fill the void, the Navy purchased the Israeli Barak missile system to protect the aircraft carrier INS Viraat.

Subsequently, DRDO created the Barak-8 missile with the Israeli companies, and the missiles are being installed on the Indian naval ships. Barak-8 was developed to protect against air threats, including aircraft, helicopters, anti-ship missiles, unmanned aerial vehicles, cruise missiles, and combat aircraft at ranges up to 90 km at any time of the day and under adverse weather conditions.

It also recently tested the Vertical Launch Short Range Surface to Air Missile (VL-SRSAM). It is a variation of the VL-SRSAM meant for other services. The VL-SRSAM is a ship-borne weapon system that neutralises various aerial threats at close ranges, including sea-skimming targets.

DRDO first modified a Prithvi missile as Dhanush for anti-ship and anti-surface applications. This missile did not see any practical application and was installed on only one warship for tests. The launcher of Dhanush had to be stabilised to cater to the rolling and pitching of the ship.

Subsequently, the Brahmos project was used by the Navy in a large number of its surface ships. Recently, a longer range supersonic Brahmos, about 600 – 800 km, was tested from an Indian warship.

Last month, DRDO also test-fired a new helicopter-launched anti-ship missile. The missile is known as the “Naval Anti-Ship Missile-Short Range” or NASM-SR. The missile has an operational range of between 5 – 55 km. NASM-SR is a subsonic missile. 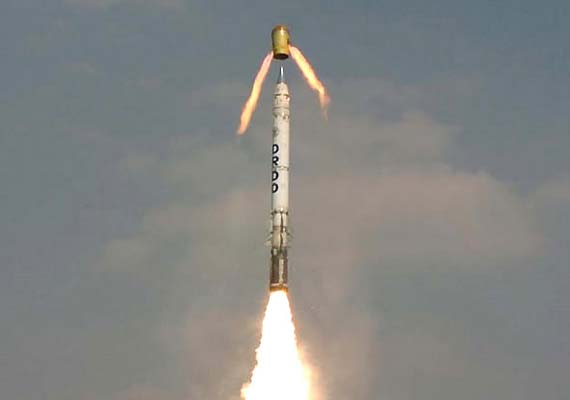 For the submarines, DRDO created the K-15 missile with a range of 750 km and is in the process of verifying the K-4 missile, which is advertised to have a range of 3500 km. It is rumoured that the Agni 6 missile is also being developed as a submarine launched ballistic missile (SLBM) with a range of over 8000km. When it fructifies, the Navy’s INS Arihant class submarines can carry a Short Range Ballistic Missile (SRBM), Intermediate Range Ballistic Missile (IRBM) and Inter Continental Range Ballistic Missile (ICBM) for future strikes depending on the requirement. The Navy has the option of installing Brahmos missiles in its submarines but has not done so far as the K-15 has a larger range. Hopefully, we might see a new generation of Brahmos missiles in the upcoming P-76 submarine project, which is an Indian design.

Varunastra has a top speed of 40 knots and a range of over 21 nautical miles. The maximum operational depth is 400 meters. The warhead of the torpedo weighs 250 kg with a total mass of 1500 kg.

TAL Shyena has a range of 19 kilometres. It has a top speed of 33 knots. The maximum operational depth is 540 meters. The warhead of the torpedo weighs 50 kg with a total mass of 220 kg. It has an endurance of six minutes in both shallow and deep water and self homing, i.e., active and passive.

DRDO has also tested a unique missile called SMART. SMART is a ballistic missile and carries a torpedo payload to a distance of about 650 Km, where it is released and performs anti-ship or anti-submarine operations. The Indian Navy has already qualified Shyena for launch with a parachute system from the Ilyushin Il-38 maritime aircraft.