Get details on DRDO’s successful AIP Tests in the article below. Know how will the AIP technology benefit Indian Submarines or make them more lethal, or what is the significance of introducing AIP technology in the Indian Navy.

DRDO has recently developed the AIP system which means the Indian submarines would be aided to stay for longer hours than before underwater. This test was done a day before INS Karanj attack submarine was inducted into Indian Navy.

Raksha Mantri Shri @rajnathsingh has congratulated @DRDO_India , @indiannavy and the Industry for this significant achievement. https://t.co/4zsFBa8bO5

What is an AIP System?

AIP stands for Air Independent propulsion test which allows any submarine to stay in water for longer hours and also makes the subsurface platform deadlier by decreasing the noise levels it makes while travelling making it hard to detect.

DRDO achieved an important milestone in the development of AIP System by proving the land based prototype on 8 March 2021. The plant was operated in endurance mode and max power mode as per user requirements. AIP system is being developed by NMRL DRDO. #AatmanirbharBharat pic.twitter.com/Z9ux39XmlT 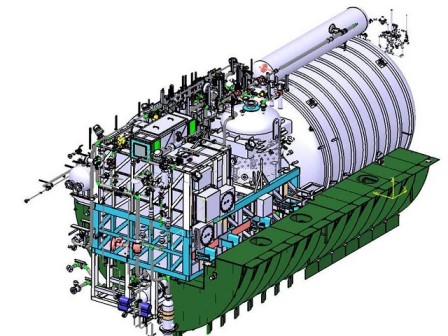 India uses a fuel based AIP system which is unique as hydrogen is generated onboard from this type of system. This technology is being successfully developed with the support of industry partners L&T and Thermax. It has now reached a stage of maturity.

Kalvari would be upgraded around 2023. India now stands among the nuclear fitted submarines possessing countries like China, France, Russia, United Kingdom and United States of America.