And a few days ago – on December 8, 2020, French President Emmanuel Macron, in his speech at the headquarters of the French nuclear industrial corporation Framatome in Le Creusot, announced that the new aircraft carrier would be equipped with a nuclear power plant and revealed some details about this promising ship. “As you know, Charles de Gaulle will complete service in 2038. That is why I decided that the future aircraft carrier, which our country and our fleet will be armed with, will be nuclear, just like Charles de Gaulle … With this choice, we confirm our desire France to maintain its strategic independence. ” 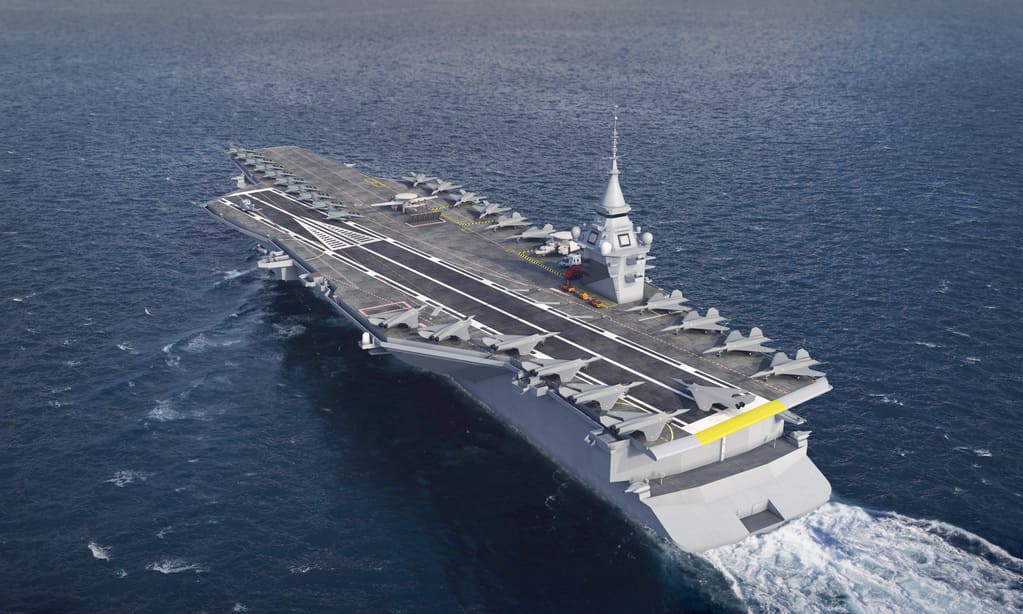 Official renders of the new nuclear-powered aircraft carrier for the French Navy. It can be seen that the ship has one island superstructure, shifted to the stern.

The design and construction of a promising aircraft carrier for the French fleet are carried out as part of the Porte Avion Nouvelle Generation (PANG) program. The French shipbuilding association Naval Group has been identified as the main contractor for the PANG program. According to official plans, the cutting of the first sheets of steel for the construction of the new French aircraft carrier should take place in 2025. Sea trials will be released in 2036, and commissioning is expected in 2038 when Charles de Gaulle will retire. 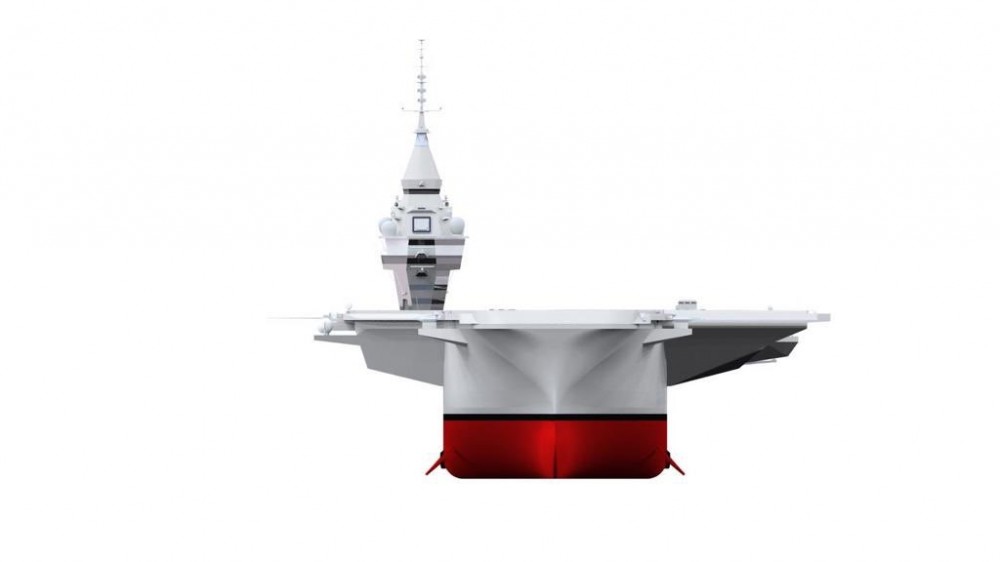 The new French nuclear-powered aircraft carrier will be significantly larger than the Charles de Gaulle. Its total displacement is about 75 thousand tons, and the maximum length is about 300 m and a width of 80 m. The area of ​​the aircraft hangar will be about 5000 square meters. m, and planes on the flight deck area – 16 thousand square meters. m. will be delivered by two onboard 40-ton aircraft lifts.

The new aircraft carrier is supposed to be equipped with advanced combat aircraft, which are being developed within the framework of the FCAS (Future Combat Air System) project, the lead developer is Dassault. Currently, the work on the project is at the stage of determining the technical appearance. By mid-2021, the developers will have to determine the key technologies that will be used in the new combat aircraft, as well as prepare its preliminary design. 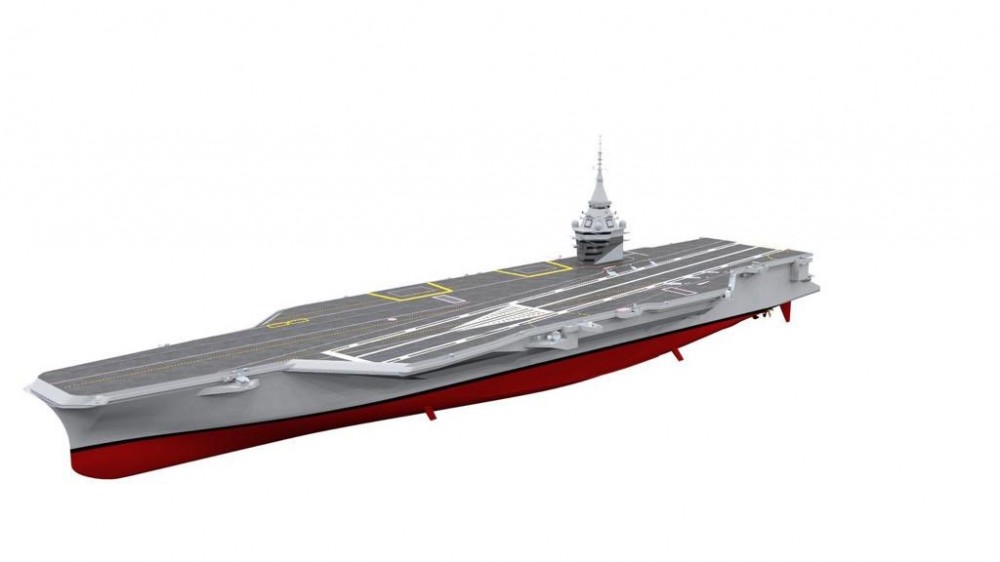 The ship will be able to carry 30 promising FCAS fighters, two or three AWACS and control aircraft Northrop Grumman E-2D Hawkeye and a number of UAVs and helicopters. A horizontal ejection take-off and horizontal landing system using an aerofinisher will be used to launch promising aircraft on the aircraft carrier. Aviation equipment will presumably be of American production – electromagnetic 90-meter catapults EMALS and AAG aerofinishers of the General Atomics corporation, the same ones are installed on the new American nuclear aircraft carriers of the Gerald R. Ford type.

The ship will be equipped with a Thales Sea Fire radar system with four fixed AFARs on the superstructure, and for self-defense it will be armed with PAAMS air defense systems with MBDA Aster anti-aircraft missiles, as well as several Thales / Nexter Rapid Fire 40-mm anti-aircraft artillery systems.

The flight deck area will be 16 thousand sq. m, 90-meter EMALS electromagnetic catapults, as well as AAG aerofinishers are provided to launch aircraft. 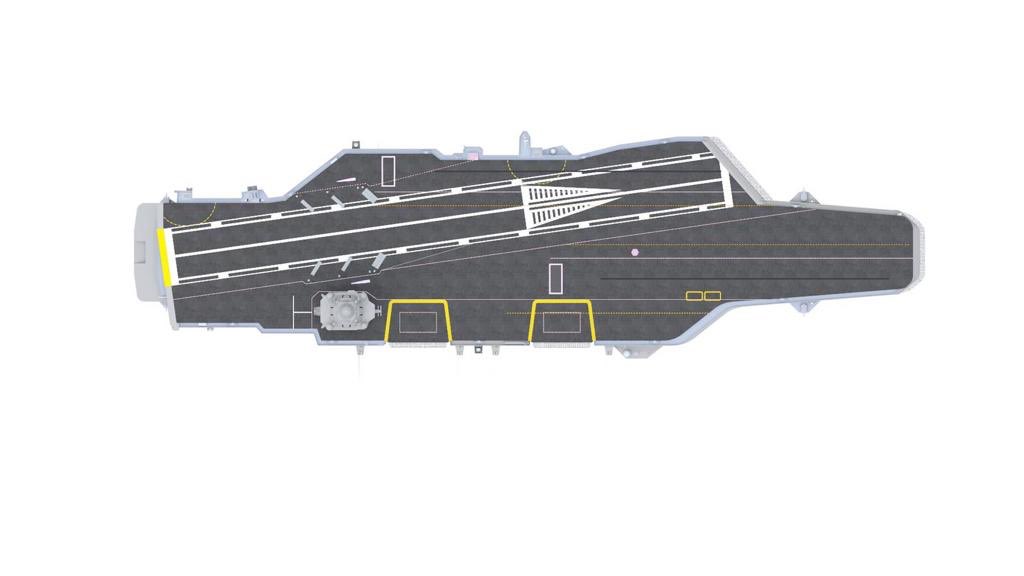 The aircraft carrier’s power plant will include two nuclear reactors of a new type K22 with a thermal capacity of 220 MW each and three shaft lines with a total capacity of 80 MW, with propellers. The total generating capacity, including power generation, will be 110 MW. Thanks to such a power plant, the ship’s full speed will be 26-27 knots, like that of the Charles de Gaulle aircraft carrier currently operating in the fleet. The crew of the new ship will be up to 2,000 people, including the personnel of the air group.

Recall that the only, at present, the French aircraft carrier “Charles de Gaulle” was commissioned into the fleet in 2001. The aircraft carrier’s displacement is 42 thousand tons with a length of 262 m, a width of 64 m and a height of 75 m. The ship is equipped with two nuclear reactors K15. It is capable of speeds up to 27 knots and has an autonomy of 45 days. Charles de Gaulle is armed with two 8-container launchers of Aster-15 anti-aircraft missiles and two 6-container launchers of Sadral anti-aircraft missiles. The ship’s air group can include up to 40 aircraft: AS-365 multipurpose helicopters, Rafal-M carrier-based fighters and E-2C Hawkeye long-range radar aircraft.