Isn’t the Ak-630M, Phalanx, and other close-to-air guns one of the modern anti-aircraft guns? As the last line of defense for warships, do you think they are effective?

The large-caliber anti-aircraft artillery that prevailed during World War II has now declined and was replaced by anti-aircraft missiles.

Relying on artillery barrage to intercept modern jet fighters is too difficult. The efficiency of anti-aircraft guns is far less than that of anti-aircraft missiles, so it is inevitable to be eliminated.

However, Fighting fighters aircraft is no longer possible, but for low-altitude gunships, drones, missiles, mortars, rockets and other targets, anti-aircraft guns are important equipment. For example, in warship air defense, in addition to anti-missile air defense missiles, there are also high-level dual-purpose main guns, as well as near-anti-aircraft guns used as the last layer of defense.

The land-based missile and artillery system is also a way out for anti-aircraft artillery. For example, the Russian “Tunguska” missile and artillery integrated self-propelled anti-aircraft artillery used two 2A38M 30mm antiaircraft guns to match its 4-unit 9M311-M1 air defense missile. Although same 9M311 claims to be able to cover a distance of 15 to 10,000 meters, in actual combat, these close-in bullets have a certain degree of weakness against suddenly approaching targets.

With the assistance of antiaircraft artillery, Tunguska’s fire coverage capability has been greatly enhanced, covering a range from 0 to 3000 meters, and can also supplement fire when the missile attack is not effective. Moreover, the two 30mm anti-aircraft guns can also be used for flat-fire and ground attack when necessary, which expands the versatility of Tunguska. In the extreme logistical situation, the more easily replenishable cannon and ammunition can also support the equipment to continue operations.

Although the missiles are powerful, many systems have the problem of “launching close to the boundary” and cannot do anything about targets that are too close. In the face of ultra-low-altitude targets, rapidly emerging targets, and electronic warfare threats, missiles also have problems such as insufficient response speed and susceptibility to interference, and the cost is also very high.

Although the anti-aircraft artillery has a low hit rate, a short range, and a weak single-shot power, they have a fast firing speed, low dead angle, and short reaction time, which can effectively supplement the weakness of the missile.

Even if the radar system fails, the gunner can still carry out a certain degree of manual control, using the sight and photoelectric fire control to operate the antiaircraft artillery for search and attack. When necessary, they can also make a temporary guest appearance on infantry fighting vehicles, assisting tanks and infantry in conducting fire-focused attacks on targets. The turbulent anti-aircraft artillery fires quite brutal.

In addition to the combination of missile and artillery systems, anti-aircraft guns have also appeared in a strange flow, such as China’s LD-2000 and the United States’ C-RAM. To put it simply, these weapons are actually close-in guns on land. The Type-730(clone of Ak-630M) and Phalanx close-in guns were moved from warships to the ground.

It is said that the American C-RAM can intercept mortar shells and rockets well, and the success rate in the experiment is as high as 70%, which is much more reliable than the laser close defense that is still under development, and it is also better than the Israeli “Iron Dome”. It’s much more cost-effective to take a bunch of missiles to hit mosquitoes.

In actual combat, these land-based near-defense guns can be placed around valuable targets such as military camps or radar stations, which can serve as short-range defense during wartime. For example, when the radar station encounters the danger of anti-radiation missiles, it can go up from these near defense guns.

Even non-automated antiaircraft artillery can be deployed scientifically to pose a threat on the battlefield.

For example, when Yugoslavia was bombed by the US military, many Yugoslavian old-fashioned antiaircraft artillery successfully intercepted the Tomahawk cruise missile.

The legendary Apache helicopter shot down by an old farmer’s AK47 during the Iraq War was actually injured and dropped when a group of helicopters was attacked by hidden anti-aircraft artillery in a village. Iraq advertised it as being shot down by a rifle. 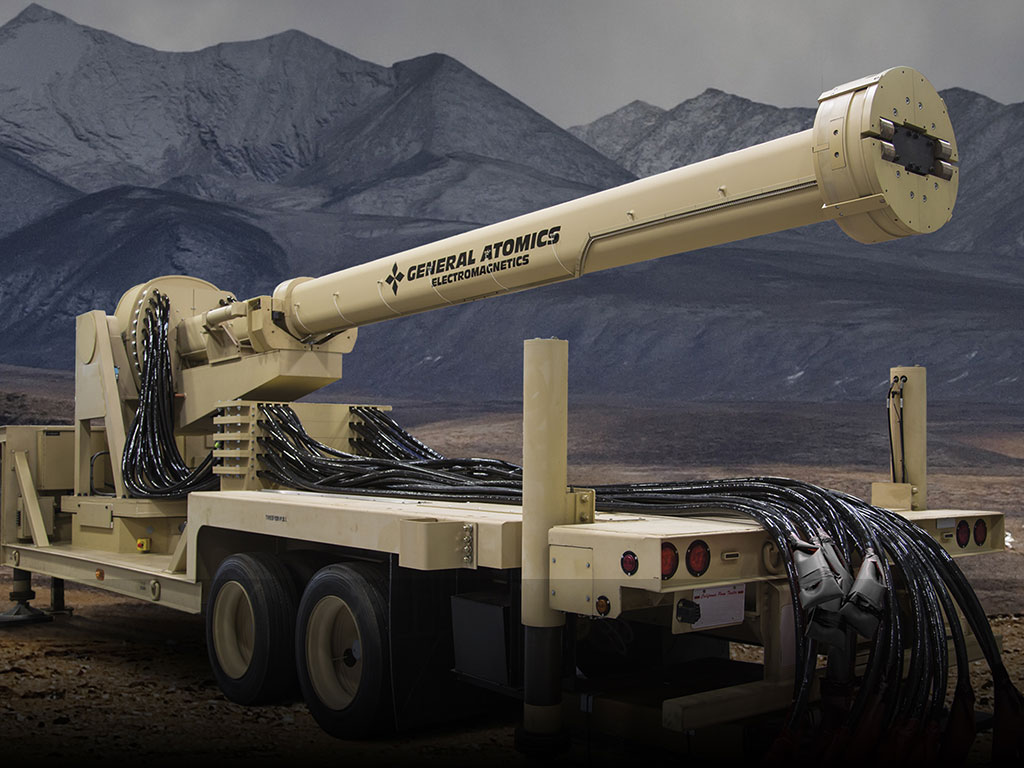 There are also anti-aircraft artillery projects that can be expected in the future. For example, the US military’s electromagnetic railgun project includes space-based anti-missile, air defense, and even anti-low-orbit satellites.