In history, The US armed forces reject many goof performance equipment to induct. Today we are going to talk about the top 5 insane aircraft US armed force denied to induct.

One reason why a good-performance machine can’t be used by the U.S. military may be that the capabilities provided by the aircraft were not urgently needed by the country at the time. While another reason is the high unit cost and high-cost of maintenance. The five fighters below failed to go into production.

In the fifteen years since it first entered service, Lockheed Martin’s F-22 Raptor has been an unrivaled air superiority fighter. In the 1990s, the F-22’s prototype, met its rival, the YF-23.

The “YF” designation indicates that this is an out-of-service model. The full name of Y in English is “Prototype”, which is translated as “prototype” (different from the code name of the X verification machine), which is equivalent to an officially developed model (ie, a prototype machine) that has been officially recognized. F” is the official number of fighter (fighter), and the development of US Air Force fighter jets follows this law.

The YF-23 “Black Widow II” is a model jointly designed by Northrop Corporation and McDonnell-Douglas Corporation in the bidding for the Advanced Tactical Fighter (ATF) contract. Its performance surpassed that of the competing Lockheed Martin YF-22, but because the technology was too advanced, the US Air Force finally announced the YF-22 as the winner on April 23, 1991. Only two prototypes of the YF-23 have been produced, and they are no longer flying.

The two YF-23 prototypes use different engines: the first prototype uses a Pratt & Whitney YF-119, which was speeding at Mach 1.43 in the first round of testing in 1990, and the second prototype was a General Electric YF-120, reached Mach 1.6 in the test, just surpassing the YF-22’s Mach 1.58.

The Air Force has not disclosed why the YF-23 bid failed. But Lockheed has won the perception war by demonstrating the capabilities of its fighter in a more dynamic way. Lockheed test pilots demonstrated the aircraft’s ability to utilize a high angle of attack, launch missiles and perform maneuvers. While the YF-23 could do the same thing, Northrop did not participate in the demonstration.

On the other hand, the U.S. Air Force is quite satisfied with the program management and execution capabilities that Lockheed has demonstrated in developing and producing the F-117; and the YF-22 team also has Boeing, which is very experienced in large programs.

The “Tomcat” scheme for the ASF-14 (Advanced Strike Fighter-14) would be a newly built and highly evolved F-14, a true “Super Tomcat” with improved avionics, More power, more range, and increased multi-role capability. 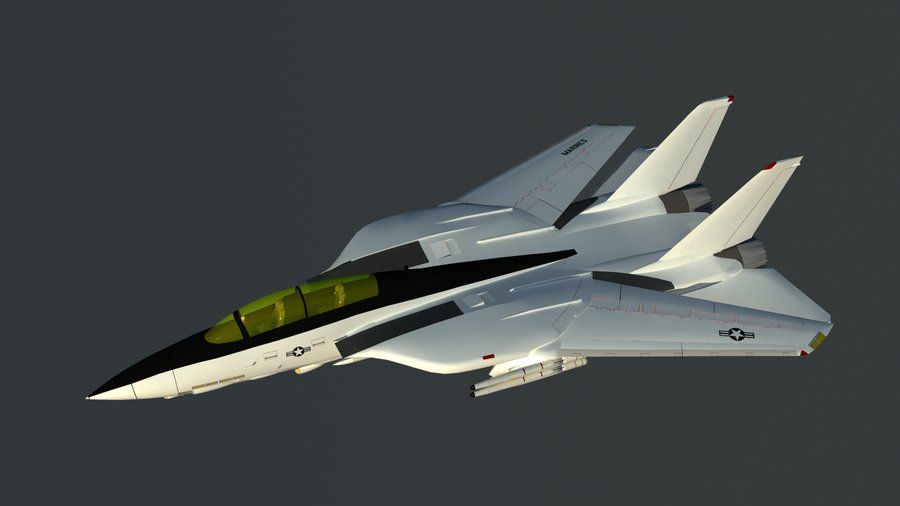 With about 60,000 pounds of thrust, better thrust vectoring, massive internal fuel storage, a huge payload capacity, and a powerful onboard radar and plenty of sensor pods, the ASF-14 could be a 4.5th gen fighter.

However, the ASF-14 plan did not become a reality. The US Navy believed that the aircraft was too expensive in the long run and finally chose the F/A-18 “Super Hornet”.

Back in the early 1960s, the U.S. Air Force was able to develop the XB-70 Valkyrie, which was considered to be the largest and fastest bomber ever manufactured. It was also the prototype version of the planned B-70 nuclear-armed supersonic strategic bomber.

American XB-70 Valkyrie supersonic strategic bomber. It was a high-altitude, high-speed strategic bomber developed by the original North American Airlines in the 1960s. It flew for the first time in 1964. It can reach a speed of Mach 3.1 and a flight altitude of 23,000 meters.

In the 1960s, a bomber appeared and became the fastest strategic bomber in the world. Although only two were produced in total, his record has not been broken to date. Considering the cost at the time, it even surpassed the aircraft carrier.

But even such impressive stats could not save the XB-70. Despite possessing high-end features and specs for that time, the aircraft was eventually deemed to be obsolete and shut down due to rapidly rising costs to keep it afloat.

The XB-70 was designed to fly high and fast, outracing enemy air defenses on the ground to hit targets across the Soviet Union. Unfortunately, advances in Soviet air defenses made the XB-70’s flight profile obsolete, while the Pentagon discovered the new, land-based ICBM could strike targets far more quickly and cheaply

On 13 January 1988, a joint team from McDonnell Douglas and General Dynamics was awarded a development contract for what was to become the A-12 Avenger II

Once completed, the Navy’s A-12 would have been a flying wing-design reminiscent of Northrop Grumman’s B-2 Spirit or forthcoming B-21 Raider, though much smaller.

intended to serve aboard carriers, the A-12 Avenger II was to be slightly more than 37 feet long, with a wingspan of a few inches more than 70 feet. These dimensions would have made the A-12 significantly shorter than the nearly 55-foot-long Intruder, while boasting a far wider wingspan that extended just far enough to allow two A-12s to sit side-by-side on adjacent catapults on a carrier flight deck. In fact, the A-12’s wingspan would have even dwarfed the F-14 Tomcat’s extended sweep-wings by a good six feet.

Although the A-12 Avenger II utilized a flying wing design, its overall shape differed from the triangular B-2 Spirit under development for the Air Force. The sharp triangular shape of the A-12 eventually earned it the nickname, “the flying Dorito.“

The Avenger II was a unique flying-wing aircraft whose aerodynamics facilitate long-haul flight, while it can carry air-to-air weapons. The U.S. Navy’s plan is to adopt a military aircraft with technical equipment that would exceed the used F-117A. According to preliminary calculations, the Avenger II aircraft must completely replace the types of aircraft that previously existed on aircraft carriers by the mid-90s.

For more than 40 years, the F-16 fighter jet has undoubtedly been one of the most successful fighter jets in American history. It has drawn on the experience of the US military during the Vietnam War and has become the main force of the air force of many countries since it entered service in 1978. But a year before the first F-16 entered service, its R&D team had already developed a better F-16, the F-16XL.

The length of the F-16XL fuselage is increased by 142 cm compared with the standard F-16. It adopts the abdominal air intake, single-engine, and single vertical tail structure. The trailing edge reverse-bend design is adopted at the wing end of the wing, which enhances the handling performance of the aircraft in high/low speed conditions.

This design can increase the lift of the fighter by about 25% and effectively reduce the flight resistance. The modified F-16XL fighter’s wing surface area was doubled compared to the original model. Tests have proved that the F-16 SCAMP can carry twice the payload of the original F-16 when performing air-to-ground missions. The designer added 27 external hardpoints to the aircraft under the huge delta wing. At the same time, the aircraft’s range is also increased by 44% (without the auxiliary fuel tank). In the state of carrying standard air combat weapons, the range of the F-16 SCAMP is about twice that of the F-16A.

Ultimately, the F-16XL lost to the F-15E based on production costs and system redundancy, but many still believe that the F-16XL is actually the better platform.