Despite having the F-35 in service, Israel still plans to retrofit the F-15EX, the latest version of the F-15.

With the Boeing Company testing the F-15EX , the latest improved version of the famous F-15; This is a fighter classified in generation 4 ++ and continues to be ordered by the US Air Force in large quantities.

The Israeli Air Force (IAF) is the oldest foreign customer of the F-15 and is one of three (along with Japan and Saudi Arabia), exported by the US for the above dominant variants.

The Israeli Air Force is also the most effective exploitation force for the F-15 fighter jet. Most of the performance of this line of fighters comes from the Israeli air force, and the main rival is the Syrian Air Force.

The Israeli attack variant F-15E made extensive use of Israeli domestic technologies, known as the F-15I Ra’am; There are many differences in many aspects and outperform the standard US-made F-15E Strike Eagle.

The Israeli F-15 squadron is highly capable of fighting; Israel’s aerial supremacy and ability to display power across the Middle East rests mainly on the F-15 squadron’s strength. The IAF air superiority F-15s, however, have been in service for approximately 40 years.

In recent years, some potential Israeli rivals have “quietly” bought more modern fighter jets. Meanwhile, the fifth-generation F-22 Raptor, intended to replace the F-15, but it was not exported by the United States, leading to the Israeli Air Force not being equipped with this type of combat. This severely compromises the strength of the IAF.

The F-15Cs, the IAF’s leading air superiority platform, are slowly dying out; therefore, Israel desperately needs a new, more capable air superiority fighter. The F-15EX is the perfect fighter for the Israeli requirement.

Threats to Israel’s air superiority included neighboring Egypt (once an archenemy with Israel) purchasing a squadron of MiG-29Ms. Although it is a medium-sized fighter, lighter than the F-15 and a non-specialist for air superiority, it is superior to the Israeli F-16C.

The MiG-29M uses 4+ generation aircraft technology, which is superior to the F-15C. Although the speed is slightly slower and lower, the MiG-29M has better maneuverability. MiG-29M is equipped with air-to-air missile with a range of up to 130km and advanced infrared sensors.

And yet, Egypt has signed a contract to buy from Russia 26 Su-35 fighters, this is a modern fighter of the 4th generation, using many technologies of 5th generation. In the analysis, except for the F-35, none of the IAF fighters are currently a competitor to the Su-35.

Algeria is an African country, but also a country in the Arab bloc; If an all-out war between Israel and the Arab bloc occurs again, it is likely that Algeria is unlikely to stay out of the way; Algeria has now equipped the MiG-29M in large numbers.

Farther east, Iran is Israel’s leading regional rival; After the UN arms embargo against the country was lifted in October 2020, Iran is reportedly planning to buy the Su-30SM air superiority fighter from Russia, the dominant aircraft. significantly compared to the F-15C in terms of combat capabilities. 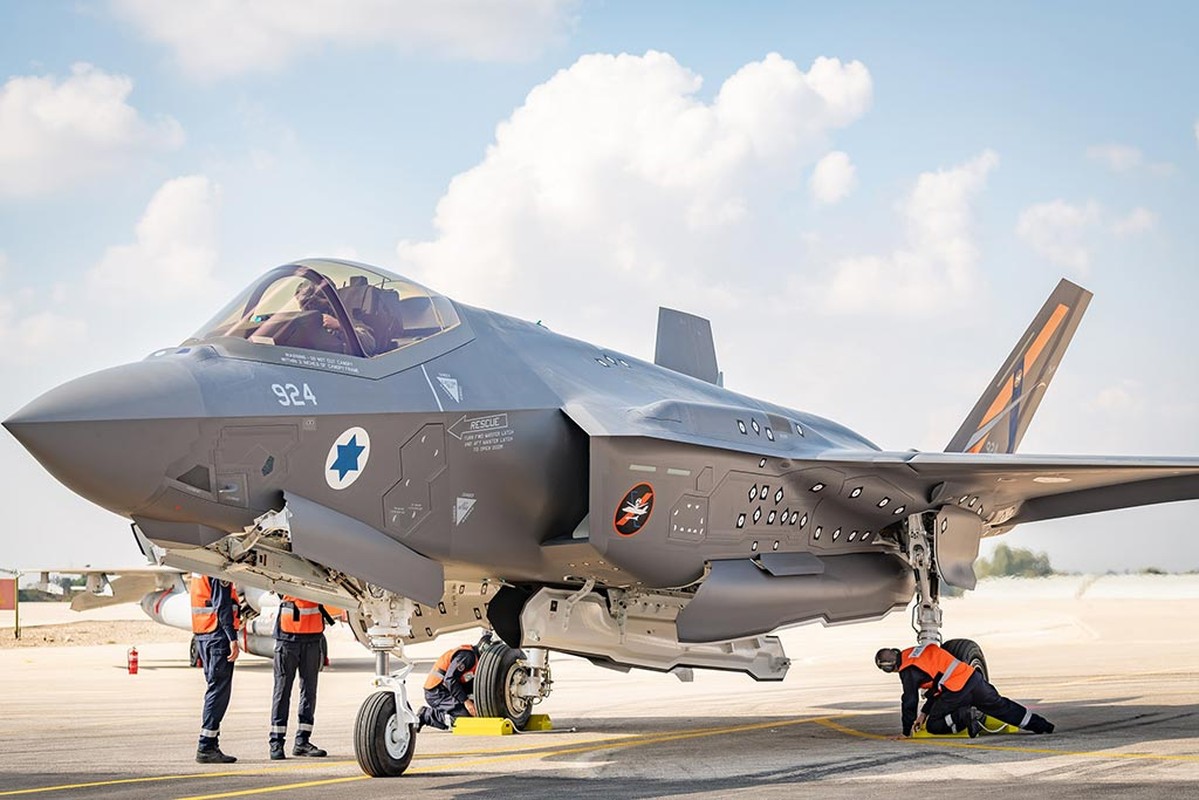 Although Israel’s F-35 fighter has outstanding tactical features, especially stealth; However, the F-35 still has fatal weaknesses, namely, its limited ability to carry weapons and maneuverability, a short range and it is not a specialized aircraft that dominates the air.

Meanwhile, the latest F-15EX version of the F-15 series retains the superior capabilities of the F-15 family such as high speed, operational altitude and maneuverability; at the same time adding the advanced features of next-generation aircraft.

The use of the F-15EX not only helps the Israeli pilots quickly become familiar with the new jet; and the maintenance costs will not be significantly larger as the parts will largely be compatible with the other F-15 variants that Israel currently has in service.

Israel has put a lot of faith in the F-15, deploying the F-15 wherever the most intense fighting is, and prioritizing the purchase of more F-15I attack versions, instead of the fifth-generation fighterF -35; this disappoints the Lockheed Martin company, asserting its F-35s are superior.
Ultimately, the F-15X will be the game changer, taking Israel out of its current dangerous position and securing the advantage for the IAF to have a continuous air lead for years, if not decades. ; providing an effective complement to the lighter F-35 and F-16.