After bargaining, the US and Japan decided on the TMD plan. After North Korea tested the “Taepodong” missile in 1998, Japan was particularly active in deploying a missile defense system, cooperating with the United States to develop the “Navy All-Theater Defense” system.

In 2000, Japan launched a new version of the “Defense White Paper” for the first time clearly pointing out that China’s medium-range missiles. Both Japan and US invest billions of U.S. dollars to build sea-based and land-based missile defense systems. Japan adopts a three-step strategy in the deployment of the missile defense system, while advancing sea-based and land-based missile defense; it is equipped with 2 “Aegis” guided missile destroyers, 24 sets of “Patriot”-3 missile systems and 4 large early warning aircraft; In the mid-term, it invested 16.3 billion US dollars to purchase, in the later stage, it purchased 5 sets of the “Navy All Theater Defense” system and 2 “Aegis” missiles. Destroyers, 24 sets of “Patriot”-3 missile systems and a set of land-based monitoring systems, but Japan’s strategy for implementing the missile defense system has always been changing, and the above-mentioned missile defense plan has not been strictly implemented. Currently, Japan has 8 Aegis destroyers in service, including 4 King Kong class, 2 Atago class, and 2 Maya class destroyers.

Japan clearly pointed out that the deployment area of ​​the missile defense system is aimed at the southwest, focusing on the defense of short- and medium-range missiles from neighboring countries. The TMD system built by the United States and Japan consists of three parts: the early warning system, the command center and the attack system. Once the early warning system finds enemy missiles Ascend into the air and quickly transmit relevant information to the command center. The command center issues a name to the attack system, and finally the attack system launches missiles to destroy the target; and the TMD system includes a low-level defense system and a high-level defense system. The former targets the target at a flying height of 40. For ballistic missiles under one kilometer, the latter intercepts ballistic missiles with an altitude of 40-200 kilometers. 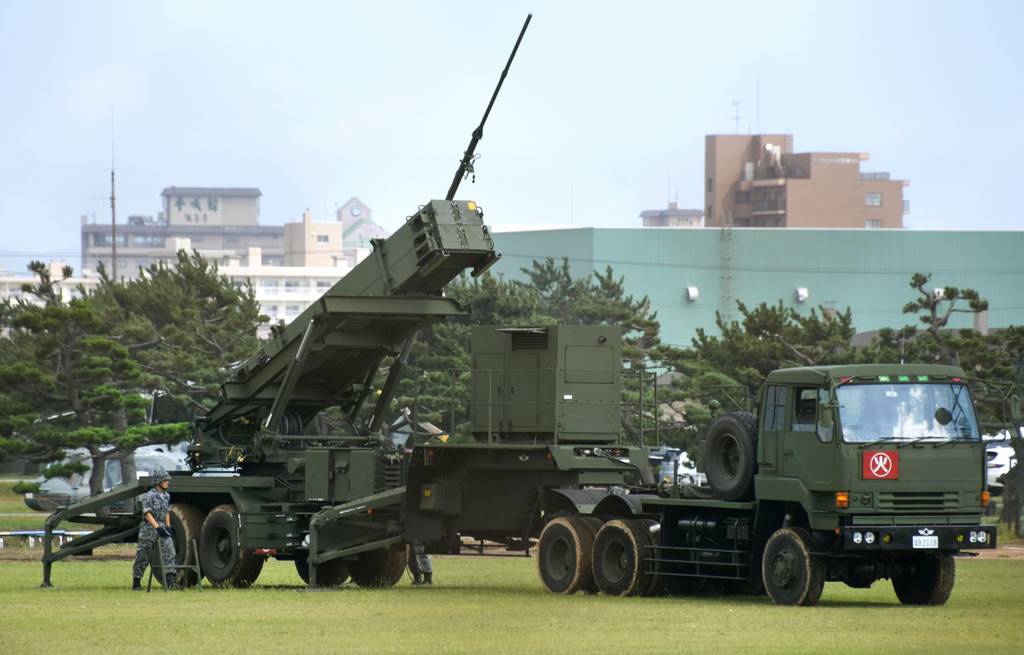 A Patriot missile company can be equipped with 8 launch vehicles, a single unit can carry 4 Patriot-2 missiles or 16 Patriot-3 interceptors, the latter adopts a solid rocket motor, pulse-Doppler active radar guidance The head and inertial navigation mid-section control system can intercept short-range ballistic missiles with a range of 1,000 kilometers, with a kill probability >80%.

According to the US military’s announcement that the theoretical probability of “two blocks and one” is 80%, it can intercept 224 and 448 missiles, including cruise missiles and short- and medium-range ballistic missiles. If Japan deploys along Tanegashima, Okinawa Islands, Miyako Archipelago, and Yonaguni Island, it will create an air defense barrier with a width of 320 kilometers and 100 kilometers, and a height of 25 kilometers, in the southwest of Japan to intercept Chinese missiles. A confrontation across the East China Sea. Japan is planning to deploy a land-based “Aegis” system, equipped with a long-range identification radar “SPY-7″ radar. Although the power strength is sufficient to support a detection range of 4000 kilometers, the system will be equipped with the newly developed SM-3 Blk2A interceptor, which is similar to the land-based” The “Patriot”-3 missile system is matched.

At present, the Japan Maritime Self-Defense Force has 4 “King Kong” class and 2 “Atago” class destroyers, equipped with “Standard-3 Block1A” interceptor bombs, with an interception range of 600 kilometers, an interception height of 160 kilometers, and a flight speed of 8- 10 Mach, while the King Kong-class Aegis destroyers are equipped with AN/SPY-1D phased array radar, and the Atago-class destroyers are equipped with AN/SPY-1D(V) phased array radar system. Based on the Aegis baseline 7 system, the range can be found in time Long-range ballistic missiles are relatively far, with a fairly high end velocity.

The strength of Chinese missiles

Japan and China face each other across the sea, and the distance is quite shorter. The Chinese city closest to Japan is Shanghai, which is about 690 kilometers away. It faces Japan’s Kyushu Island across the East China Sea. The farthest distance is 2000-3000 kilometers. It is completely in the Chinese Rocket Forces. Under the coverage of medium and short-range ballistic missiles such as Dongfeng-15 and Dongfeng-21.

In the parade on the 60th anniversary of the National Day in 2009, in addition to the improved Dongfeng-15A and Dongfeng-11A and other new short-range tactical ballistic missile weapon systems, the Dongfeng-21C medium-range ballistic missile was also unveiled again. , Deployed A, B, C, D and other models, with a range of 1800-3000 kilometers, and the Dongfeng-21C can destroy a target of 1000-2500 kilometers.

In the 2019 Anti-Japanese War Victory Day parade, the Dongfeng-17 ballistic missile and the Changjian-100 cruise missile were unveiled. The DF-17 is an active hypersonic missile, the latter is a supersonic cruise missile; the CJ-10 cruise missile is the third-generation cruise missile in active service. the Dongfeng-17 ballistic missile has a range of 1,800-2,500 kilometers. It uses a wave-riding hypersonic maneuver to boost the gliding missile. The overall structure is similar to that of the “Dongfeng” 21C. The medium-range ballistic missile approaching, the “flying dysprosium” with a speed exceeding Mach 5 can reach a flying speed of up to Mach 10 (approximately 12,359 km/h). Judging from the size of the wave body, it can carry multiple sub-missile heads and replace them with more decoys. The warhead, launching several Dongfeng-17 missiles at a time, the number of sub-missile heads will be doubled, which will exceed the maximum interception capability of the Japanese anti-missile system, and use hypersonic flight speeds to make the Japanese sea-based mid-section anti-missile interception failure. Flying at the edges of the atmosphere and in the upper layers, the United States and Japan have built anti-missile systems to intercept ballistic missile warheads, which is difficult to deal with hypersonic weapons.

The Longsword-100 (DF-100) supersonic cruise missile and the Longsword-10A missile. The latter has a range of 1500-2500 kilometers. Both are land-based mobile launchers. They are one of the “killer weapons” used by the People’s Liberation Army to carry out medium- and long-range strikes against the enemy. Short- and medium-range ballistic missiles can cover the entire territory of Japan; and Japan has built intermediate and short-range ballistic missiles and cruise missiles with a range of 3,500 kilometers. Moreover, the H-6 series bombers can be equipped with 4-6 Longsword-20 long-range air-launched cruise missiles, while the total number of H-6 series bombers in service reaches 200, which means that it can be equipped with 800-1200 Longsword-20 long-range air-launched missiles.

Japan has carefully constructed an anti-missile system and cooperated with the United States to build an anti-missile system in the Asia-Pacific region. It intends to adopt a multi-domain, diversified, and multi-layered defense system in depth. “To build the “Ninety Fleet”, develop space and air-based early warning construction, accelerate the construction of its anti-missile early warning system, and strive to build a missile monitoring network covering the whole country, relying on the deployment of anti-missile systems in the East China Sea to suppress the Chinese rocket force, and the Aegis The destroyer is deployed in the East China Sea, and the point of the sword is self-evident, but it is difficult to achieve the attempt; the Japanese Self-Defense Force Patriot-3 missile unit and the Aegis system are implemented in the atmosphere and outside the atmosphere against ballistic missiles and cruise missiles. In the mid-stage interception, the gap in the number is obvious, and it is difficult to achieve the goal.