Just weeks after the first Type 075 Landing Helicopter Dock was commissioned into the Chinese People’s Liberation Army Navy (PLAN), a second is set to begin sea trials, while a third is now under construction. The builder is Hudong–Zhonghua Shipbuilding, the largest shipbuilding group in China and the second-largest shipbuilding conglomerate in the world.

The first vessel of this type, Hainan, was commissioned earlier this month – and images released by state media showed Z-8 helicopters on the deck. It is a potentially versatile warship that the U.S. Navy will need to take very seriously. As the largest amphibious landing helicopter dock outside of the U.S. Navy, the Type 075 will be able to operate as a small aircraft carrier, suggested military analysts, if Beijing were to develop aircraft that could operate on such a naval platform.

Development of the Landing Helicopter Dock class of vessels officially started in 2011 as a way to offer new amphibious capabilities to the PLAN. The Type 075 features a full-length flight deck for helicopter operations with Z-8 but also with Z-20, Z-10, Z-19 rotorcraft as well as rotorcraft UAVs. It can also serve as a platform for short takeoff and vertical landing (STOVL) aircraft such as the F-35B or AV-8B Harrier II attack aircraft.

The Chinese warship is actually comparable to the U.S. Navy’s Wasp-class amphibious assault ships (LHD), albeit slightly smaller; it displaces 30,0000 to 40,000 tonnes and features a floodable well deck from which to disembark hovercraft and armored amphibious assault vehicles. The vessels are able to carry approximately 900 troops, which could be used to conduct land operations with landing craft while the ship could serve as a command and control vessel.

The first visuals of the newly completed second Type 075 were shared on social media this week as the ship began to start its sea trials.

One Chinese expert has asserted that the Type 075 LHDs would likely conduct their missions only around the Chinese coastlines, rather than the global approach of the U.S. Navy reported by the EurAsian Times. The assessment is that the ships would be most versatile in the vicinity of Chinese aircraft carriers from which fixed-wing fighter jets could launch and provide air cover and precision bombing, while the Type 075s could deploy an amphibious assault. 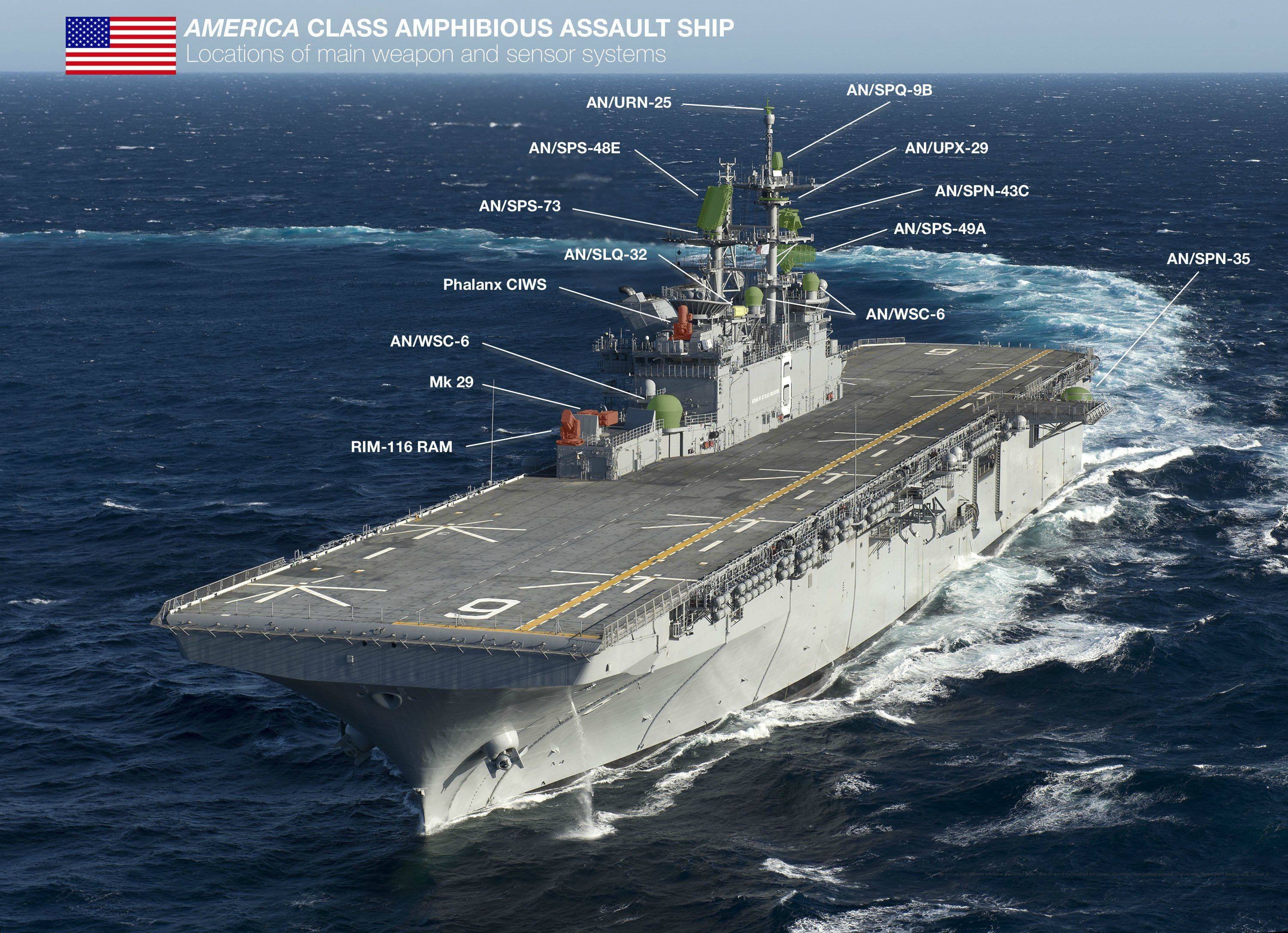 Shi Hong, who serves as the executive chief editor of the Chinese-language Shipborne Weapons said the Chinese vessel may be smaller than its U.S. counterparts but that it is more advanced and as much as three times faster. That could give it an edge in landing missions while enabling the Chinese warship to survive under enemy fire he added.

The PLAN has announced it would eventually build a total of eight of the Type 075 LHDs.