British submarines are painted with camouflage, secretly sneak into Iraq, longship flags like braids and pirate flag, what is this?

Modern submarines are generally painted in black for deep-sea navigation, have you ever seen a modern submarine painted with camouflage? That’s what the British did!

The two submarines were painted with strange camouflage and hung a pirate flag and a long british navy flag.

Both submarines, the Royal Navy’s Oberon-class submarines, were commissioned in the 1960s and were later modernized with a new MK24 Tigerfish torpedo and the ability to launch Harpoon anti-ship missiles.

After the outbreak of the Gulf War, the two old submarines were urgently deployed, carrying SAS special forces on missions to Iraq and Kuwait. At that time, the Iraqi navy was not worth mentioning at all, naturally do not need British submarines to carry out any anti-ship combat missions, mainly with special forces infiltrated the Iraqi coast, for the upcoming coalition strike targeting.

In order to be able to operate offshore, the two submarines are painted with camouflage, the Royal Navy’s traditional Far East camouflage, which confuses the line of sight through contrasts of light and shade, mainly for submarine activities offshore at dawn or at night, with reefs and waves in the distance.

In April 1991, the two submarines returned to the UK on operational missions.

In addition to the naval flag, the flag was hoisted with a pirate flag and a british navy flag.

The pirate flag shows that the two submarines successfully completed the actual deployment mission, and here the long White Ensign flag, english in paying-off pennant, shows that the submarine has returned to its home port, also known as the “return flag.”

The white ensign flag is a kind of flag narrow, the tail end is a swallowtail-shaped or pointed-shaped long flag, the flag surface consists of two paragraphs, the front section is basically a naval flag, the rear section is a narrow flag. The long-range flags white ensign navies vary in use, in the same shape, and in different colors.

Common usage is the service flag, the flag in flight, the captain’s flag, that is, the ship is in service, navigation or the captain’s state on the ship, and here the British Navy’s long white ensign flag is the “return flag.” 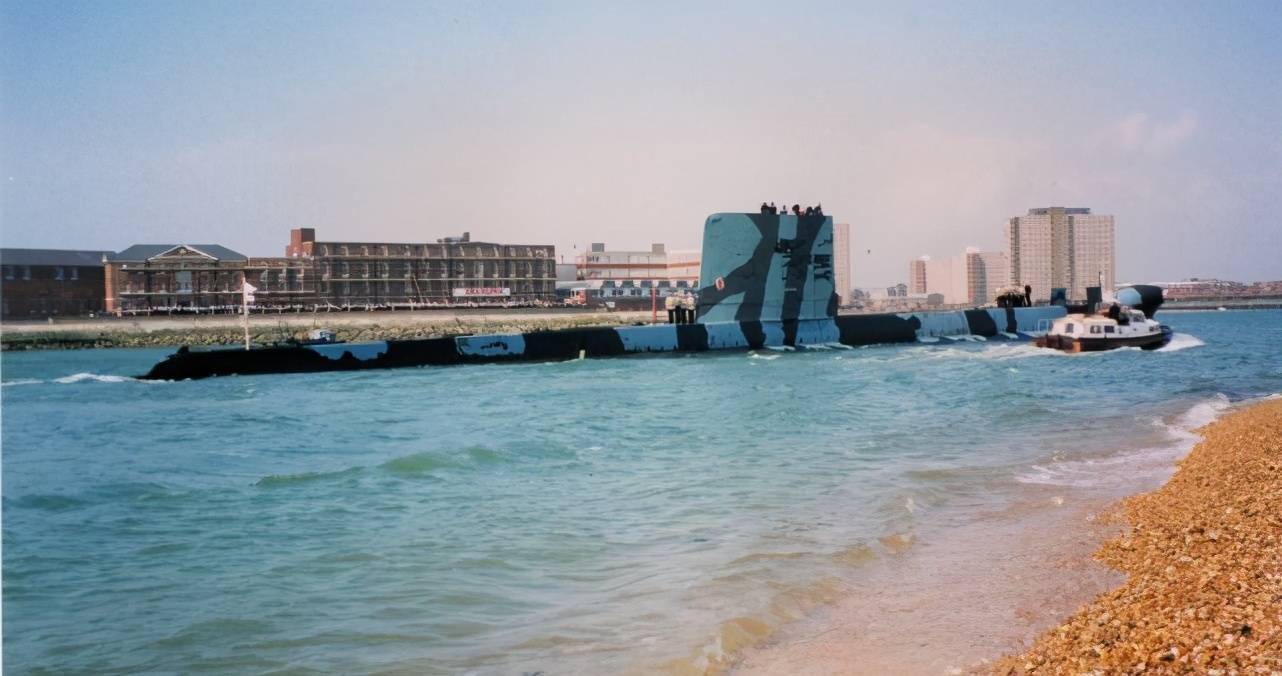 In Pictured: The submarine returned to its homeport.

0 Comments on “British submarines painted with camouflage and Pirate flag”