Deployed in huge numbers along India’s frontier land and maritime border positions, the supersonic BrahMos has deftly prepared the Indian Armed Forces to undertake intense, complex combat operations on the ground, sea and air in a multi-domain battle environment.

By deploying BrahMos – world’s deadliest, most versatile, state-of-the-art precision attack weapon – India has unprecedentedly bolstered up its defence preparedness and deterrence posture to counter any adversary in the current times of high regional volatility. Deployed in huge numbers along India’s frontier land and maritime border positions, the supersonic BrahMos has deftly prepared the Indian Armed Forces to undertake intense, complex combat operations on the ground, sea and air in a multi-domain battle environment.

“By deploying BrahMos, the Indian Defence Forces have displayed an unflinching trust and reliance on this incredible weapon that has massively galvanised India’s security posture,” says Dr Sudhir K Mishra, Director General, BrahMos, DRDO and CEO & MD of BrahMos Aerospace. The BrahMos Aerospace is the India-Russia Joint Venture that is manufacturing the BrahMos Weapon System.

“Our continued efforts to indigenise the state-of-the-art missile has been hugely successful which has not only reinvigorated our ‘Make-In-India’, ‘Design-In-India’ and ‘Make-for-India’ goals but also reinforced our commitment to an “Atma Nirbhar Bharat’,” Dr Mishra says.

After undergoing a record number of successful test firings, the versatile BrahMos has been fielded in surface-to-surface, surface-to-sea, sea-to-surface, sea-to-sea, air-to-sea and air-to-surface configurations in the Indian Army, Navy and Air Force. The formidable weapon has also been successfully tested in subsea-to-land configuration from an underwater platform, thus proving its capability to arm conventional attack submarines of the Navy. 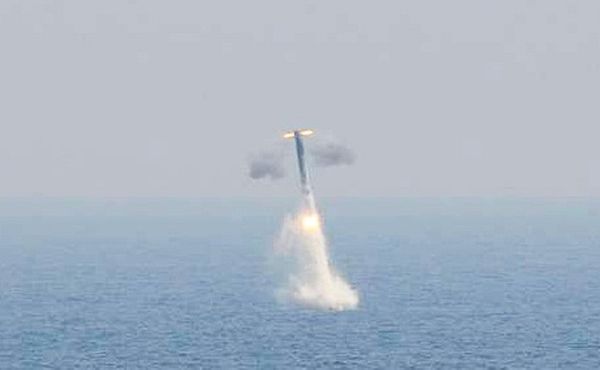 It has validated its ‘salvo’ attack capability as well to detect and engage single or different targets in various trajectories in the quickest possible time, thus enabling the Indian military to launch joint, back-to-back, surprise attacks on strongly fortified enemy positions from standoff ranges.

It has emerged as India’s most credible indigenous tactical weapon, incorporating domestically developed critical technologies and components over the years of its evolution and growth. The indigenous content in the missile system has reached over 60 per cent, thus enhancing national security manifold.

The recent successful test firing of the surface-to-surface BRAHMOS conducted on September 30 from ITR, Chandipur featured major indigenous systems, including booster and airframe.

By possessing and fielding such an invincible weapon like BRAHMOS, India has acquired a decisive capability to completely outmanoeuvre its adversary in any military conflict.