It took 20 years for South Korea to finally fulfill its dream of developing its own advanced fighter jet. On the afternoon of the 19th of this month, the prototype of the KF-21 fighter developed by the ROK successfully flew for the first time. This fighter looks like the F-22, but it is not a very advanced stealth fighter. The fighter jet, however, may have some gains in the export market, and even give a good fight to the Russian Su-57 and China’s FC-31 “Falcon”.

At 3:40 p.m. local time on the 19th, in Sacheon City, South Gyeongsang Province, South Korea, a fighter jet entrusted with the dream of the Korean aviation industry flew into the sky. This KF-21 prototype No. 001, painted with the national flags of South Korea and Indonesia (accounting for 20% of the shares), take off from Sacheon Military Airport, which is also the home of the Korean Aerospace Industry Corporation KAI), after a 40-minute maiden flight, landed safely. 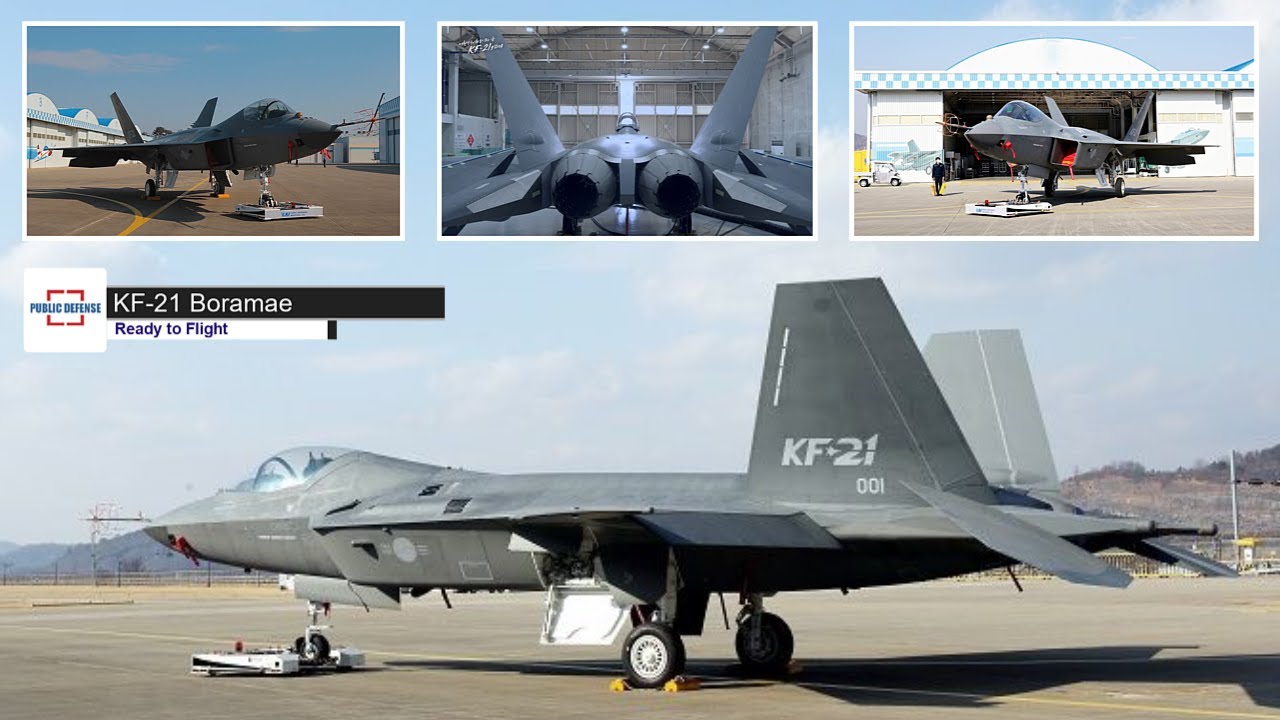 The shape of the KF-21 is very similar to the American Lockheed Martin F-22 “Raptor”. The trapezoidal vertical tail and the swept double-slope supersonic intake port (CARET) intake port is exactly the same as that of the Chinese J-35 “Falcon Eagle” fighter. The 1st technology demonstrator is also very similar. Technically, KAI got help from Lockheed Martin in developing this aircraft, and the T-50/FA-50 “Golden Eagle” light fighter developed by the company was also developed by help from Lockheed Martin.

On its maiden flight, the KF-21 also carried medium-range air-to-air missiles. However, this time, the “quality” of the fighter was exposed – a non-stealth fighter with a stealth shape, and four models of the “Meteor” advanced medium-range air-to-air missiles of the European MBDA company on the belly conformal pylon. Means it has no built-in bomb bay for now, only 11 external pylons.

Even as a close ally of the United States in Northeast Asia, Lockheed Martin denied to transfer key fifth-generation aircraft technologies to South Korea. The close-up photos of KF-21 show that its radome, various maintenance covers, landing gear hatches, engine nozzles and the fuselage connection are all designed without sawtooth, this detail is the stealth fighter radar stealth technology — The essence of “beam control” is that it can greatly disrupt the enemy’s radar beam. In addition, how to “free up” the space of the internal bomb bay while meeting the overall aerodynamic shape of the aircraft and the layout of the internal fuel tank opening and closing during flight is also one of the difficulties in the designing of stealth fighters.

Lockheed Martin had previously refused to transfer four key technologies, including stealth technology, advanced electronic warfare system, active phased array airborne fire control radar and forward-looking infrared system (IRST), to KAI, and South Korea could only seek help from Europe and Israel , The latter technologies can also be obtained, stealth technology, Europe and Israel have not independently developed stealth fighters, after all, the United States does not want the KF-21 to become a formidable enemy of the F-35.

Even if the stealth technology is not enough, the KF-21 is still a 4.5 generation fighter in the true sense. After the 2.0 and 3.0 versions, it can break through the path of the 5th-generation aircrafts. Active phased array radars of Israeli origin, airborne weapon systems of European origin, such as “Meteor” air-to-air missiles or “Taurus” stealth air-to-ground missiles, and two F414 medium thrust turbofan engines provided by the United States. The technical level is still in the mainstream of the 4th generation fighter.

In 2002, when President Kim Dae-jung proposed the R&D plan, it was originally the partnership between South Korea, Turkey, and Indonesia. When it was officially launched in 2010, it became a cooperation between South Korea and Indonesia, and the KF-21 project finally changed from paper to paper. Faced with reality, 6 prototypes, including two-seat prototypes, have been manufactured. The South Korean Air Force will equip at least 120 jets.

South Korea also wants to launch this new aircraft into the international market. In the international market, the KF-21’s rivals are more likely to be the European “Typhoon”, “Rafale”, and “Advanced Gripen” jets, all of which are aimed at users who want to replace American-made fighters, if the price of KF-21 is significantly lower than that of F-35, and if it is better than the European jets in stealth capability, it is indeed quite attractive.

In addition, even if the stealth technology is not perfect, the KF-21 can give a good fight to the Russian Su-57. Although the latter has built-in bomb bays including side bomb bays, and has great advantages in terms of range, super cruise, and super maneuverability, the details of the stealth design are not very good, but the Su-75 “checkmate” design is quite good.

From a technical point of view, the KF-21, which has landed on the ground, has no way to compare with the real fifth-generation aircraft, such as the F-35 or the FC-31 “Falcon Eagle”. After all, the “Falcon Eagle” flew its first test flight as early as 10 years ago. From the information circulating on the Internet, the latest carrier-based version 3.0 “Falcon Eagle” can be compared to the American F-35C, but now, purchasing advanced fighter jets is more like a stance. Technology and price factors often give way to political factors. If customers do not want to “choose sides” between China and the United States, they also do not want to buy Russian Su-57 or Su-75 “checkmate” Be sanctioned, and maybe the opportunity will be left to the KF-21.

Compared with the Indian AMCA and Japanese F-3 stealth fighters, which are currently under development, the KF-21 has successfully flown and become a reality after all, from the K-9 self-propelled howitzer to the export of warships, to the FA-50 “Golden Eagle” exported to Thailand, the Philippines, and Iraq, we can no longer underestimate the South Korean military industry, which has strong executive power and is good at “bringing the best”, and needs to be studied and paid attention to.