There are many type of tactical radar systems available and their applications can be overwhelming. However, most tactical systems based on one of two main technologies passive or active electronically-scanned arrays.

Electronically scanned array radar refers to a type of radar that changes the beam scanning direction by changing the synthesis method of the wave beam emitted by the antenna surface array. This design is different from the mechanical scanning radar antenna, which can reduce or completely avoid the use of mechanical motors to drive the radar antenna to achieve the purpose of covering a larger detection range.

The current electronic scanning method includes changing the frequency or the phase, and changing the direction of the combined beam.

The array used by the electronic scanning antenna includes two types: “one-dimensional linear array” and “two-dimensional array”. The two types of arrays represent the difference in the direction in which the beam can be controlled.

There are few electronic scanning radars in the military that use frequency sweeping to control the direction of the lobe. Therefore, the commonly referred to as “electronic scanning” refers to the phased array radar with “phase scanning”. However, early phased array radars also have mixed frequency sweeping mechanisms, such as the SCANFAR radar system on the US nuclear-powered guided missile cruiser “Long Beach” and the nuclear-powered aircraft carrier “Enterprise”, and its target tracking subsystem AN/SPS- The 33 radar uses frequency scanning for target height scanning and phase scanning for target azimuth scanning.

passive electronically scanned array (PESA), also known as passive phased array is an antenna in which the beam of radio waves can be electronically steered to point in different directions (that is, a phased array antenna), in which all the antenna elements are connected to a single transmitter (such as a magnetron, a klystron or a travelling wave tube) and/or receiver. The largest use of phased arrays is in radars. Most phased array radars in the world are PESA. The civilian microwave landing system uses PESA transmit-only arrays.

Current passive phased-array radars mostly use traveling wave tubes to generate signals. This is the same way that the latest pulse Doppler radar generates signals. The difference is mainly in the antenna.

An active electronically scanned array (AESA) is a type of phased array antenna, which is active electronically scanned array radar. which means that each array element on the surface of the antenna completely includes the ability to generate, transmit and receive signals, that is, to reduce the signal generators, amplifiers, etc. Within each array unit, the antenna does not need to rely on signal generators and waveguides to feed signals. Since each array unit can be used as a signal source to actively emit electromagnetic waves, it is called active phased array or active phased array. This is the current mainstream trend in the development of phased array antennas.

Each unit of the active phased array only scans a small fixed area. The relative phase of the signal of each module is adjusted appropriately, and finally the intensity of the signal in the specified direction will be strengthened, and the intensity of other directions will be suppressed. Within the same coverage area, the scanning needs can be met without the need to move the radar antenna. The electronic parts of this radar require a “quick phase shifter”, and the control of the phased array also requires extremely high computing power. This radar theory was put forward during World War II, and it was first used on large-scale ballistic missile early warning radars on the ground. The airborne system was first tested on an RC-135 Rivet Amber aircraft of the U.S. Air Force, which crashed unexpectedly later. The miniaturized active array technology that can be used on ships or military aircraft did not mature until the 1980s, and the cost was reduced to an acceptable level. 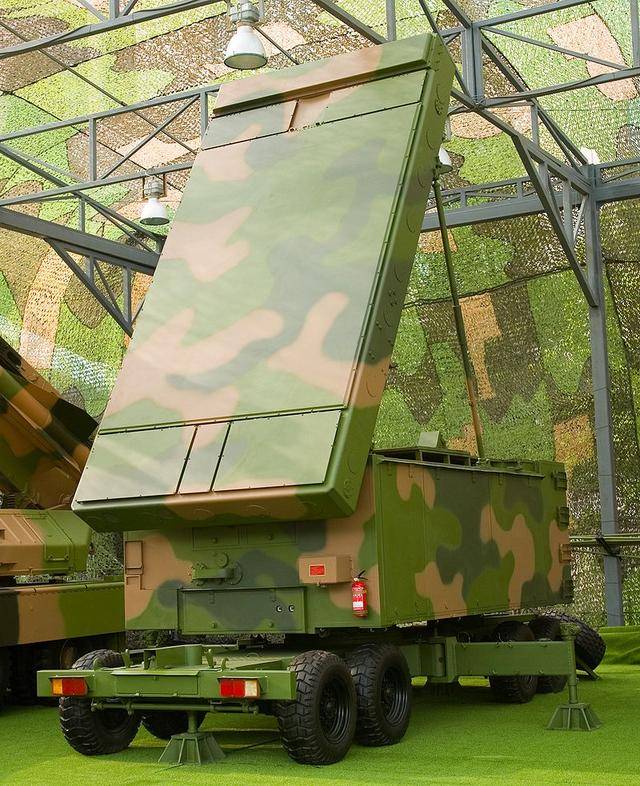 The advantages of the active phased array are similar to the passive phased array. Because the configuration of the wave guide is eliminated, the electromagnetic wave energy loss during the transmission process can be reduced, and the energy output can be concentrated on the beam. In addition, the beam signal is generated on the array unit, eliminating the transmission line and reducing the influence of noise. Active array antennas are more effective than passive arrays in terms of frequency conversion and multi-mode simultaneous operation. When the array on the surface of the antenna is partially damaged or malfunctions, the performance of the radar will be slightly reduced, but it will not fail to work. When the active array antenna is in the multiplexing mode, the radar can be divided into several blocks, and each beam is sent out to perform different tasks at the same time. The passive array performs multiplex scanning in a near-simultaneous situation by means of fast beam hopping. Compared with the passive array, the active array omits the energy loss caused by the waveguide, so the detection range can be greatly extended, while the detection range of the passive phased array radar is slightly inferior to the traditional mechanical radar of the same power due to the loss.

The air system first appeared on the electronic warfare aircraft modified by the C-135 in the United States. Among them, passive phased arrays were used more. Only the Rivet Amber used active arrays. When the accident happened, the U.S. Air Force A C-135 was not modified to supplement the loss. In addition to electronic warfare aircraft, some early-warning aircraft or battlefield surveillance aircraft are also equipped or planned to be equipped with phased array radars instead of the disc-shaped antennas of mechanical scanning radars like the US E-2 or the former Soviet Union A-50.

The first practical active phased array radar that can be installed on small and medium-sized military aircraft is the J/APG-1 installed on the Japanese F-2 fighter jet, and the second is the U.S. F/A-22 Raptor fighter jet. AN/APG-77.

The phased array radar at sea can be AN/SPY-1 3D phased array radar as an example. AN/SPY-1 is a multifunctional radar system with passive phased array antennas fixed on all sides and is the center of the Aegis combat system. Due to the advantages of phased radar, a warship can use only one radar system to act as a sea surface detection radar (looking for ships), air detection radar (looking for aircraft and missiles), and a multi-target fire control system. The third is the most important reason why warships use phased radar. Prior to the introduction of phased radars, the guidance of one or two air defense missiles required a fire control radar to focus on. Therefore, a ship can only engage a few targets. Phased radar can quickly redirect radar waves, fast enough to simulate many fire control radars and guide many anti-aircraft missiles. This is one of the reasons why the Aegis system is very capable of receiving battles.

Similar to the former Soviet Union’s S-300F sea-based air defense missile system derived from the land-based S-300, its tracking radar is also directly transformed from the phased array radar of the land-based system, which is a single-sided phase of a rotating base. Control array. The 052C destroyer is equipped with a four-sided fixed active phased array radar H/LJG346 that is more advanced than AN/SPY-1, and plays a core role in its HHQ-9 air defense missile sys