After the emergence of the atomic bomb, it was considered one of the world’s deadliest weapons, and the enormous energy generated by the atomic bomb would cause great damage to the surrounding creatures, although the atomic bomb was used only once at the end of the Second World War, and after more than 70 years, its destructive power remains daunting. The atomic bomb still exists, but its role is more to deter the other and prevent any one side from acting excessively, but people need to live in the shadow of nuclear weapons all the time. 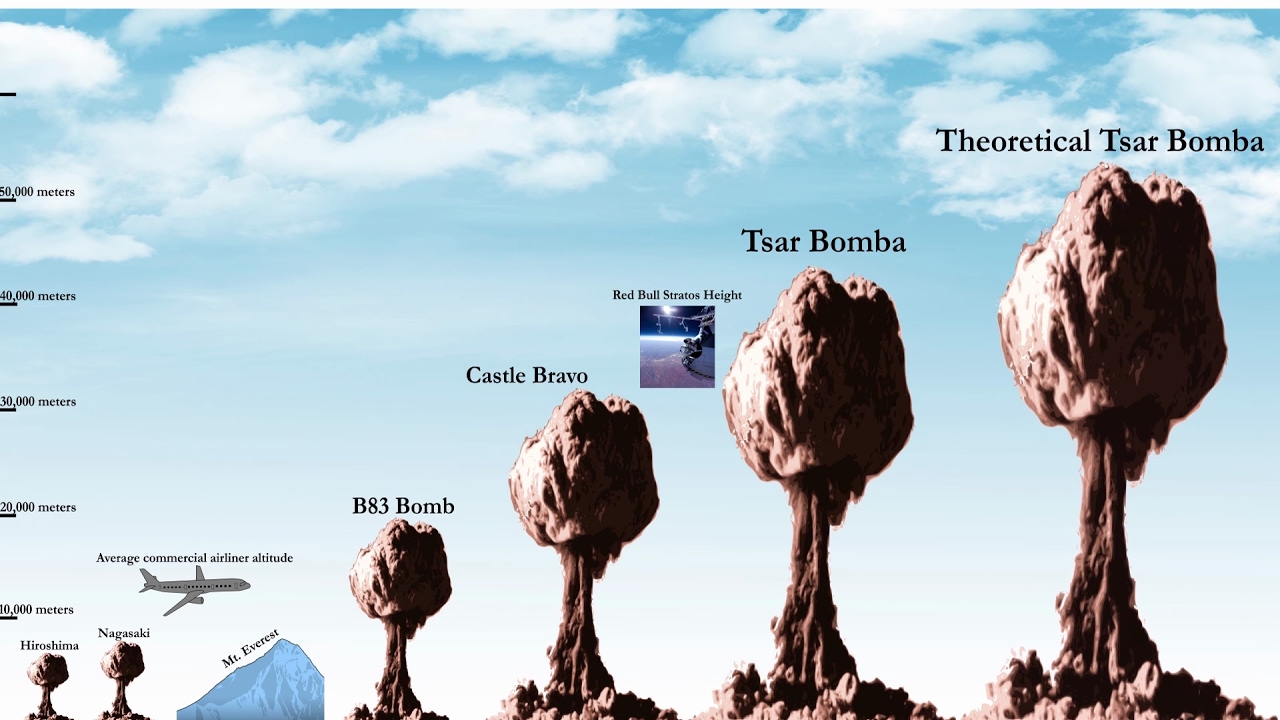 Many were impressed by the two American atomic bombs dropped in World War II, which made the world aware of the power of the atomic bombs, but also triggered a nuclear arms race between the United States and the Soviet Union. Both countries have developed a lot of powerful nuclear weapons, so they have developed many powerful ones. In its heyday, the two countries possessed enough nuclear weapons to destroy the planet several times. Fortunately, both countries eventually restrained themselves and did not start a nuclear war, but in the meantime, both countries left behind some powerful weapons. Among them, the Soviet team developed a very powerful weapon, which is 500 times more powerful than the atomic bomb. The United States feared that only two weapons had been produced in the world, and the bomb was a bomb developed by the Tsar during the Soviet Union and was extremely lethal.

The AN602, known as the “Tsar Bomba”, was a hydrogen bomb made by the Soviet Union during the Cold War. A total of two hydrogen bombs were produced, one of which was tested and exploded on 30 October 1961 on The New Island and the other for research and backup, the largest of the various bombs detonated by humans.

One of the two hydrogen bombs made by the Soviet Union during the Cold War was used for test explosions and the other was reserved for research but not officially put into use. The tested hydrogen bomb could be described as the largest and strongest bomb detonated by humans, according to data. The original design of the bomb had an explosive equivalent of about 100 million tons of TNT, but after much deliberation, the Soviet Union set it at 50 million tons of Tede. Despite the reduction in half, the hydrogen bomb still caused great damage when it exploded. The huge energy released by the explosion causes strong fluctuations in the atmosphere, which affect electromagnetic waves, and a magnitude 5 earthquake has been detected in the United States as far across the Pacific Ocean.

The hydrogen bomb was thousands of times more powerful than the two atomic bombs dropped by the United States in Japan, and given its power, the Soviet Union only wanted to use it as a symbol of power and did not dare to be included in active service. So far, no nuclear weapon has been so powerful, and the hydrogen bomb has left the United States with lingering fears that Russia can still stand out because of the Soviet Union’s powerful nuclear arsenal.