Indian Navy has been exploiting the Gas Turbine technology for warship propulsion over four decades, with suppliers from Ukraine (as the Russian OEMs were on Ukraine part before the mapping of Ukraine international borders) and USA.

As part of their expansion plans, Hindustan Aeronautics Limited (HAL) and Rolls-Royce have signed a MoU which will provide support in installation, packaging, marketing and services support for Rolls-Royce MT30 marine engines in India. Under the umbrella of this MoU, for the first time, both Rolls Royce and HAL will be working together in the area of marine applications.

In an official statement which was issued earlier this week, R Madhavan, CMD, HAL said “The Company is exploring the idea of using the MT7 marine engine on the hovercraft which is being planned by the shipyards in India. And this partnership will leverage the rich experience of HAL’s IMGT Division that works on marine gas turbines with Indian shipyards.”

“The company with over five decades experience in developing naval propulsion solutions and HAL’s in-market expertise in working with marine gas turbines, we are looking forward to building on this partnership to supply solutions in naval defence,” Kishore Jayaraman, President, Rolls-Royce India and South Asia said.

On the partnership, Tom Bell, President, Rolls-Royce Defence said, “As India focuses on its vision of modernization and self-reliance in defence, we are looking forward to introducing the MT30 to customers in India together with HAL.”

“This has been designed for naval platforms of the future, and the MT30 is perfectly equipped to meet the Indian Navy’s present and future needs,” Mr Bell added.

Indian Navy has been exploiting the Gas Turbine technology for warship propulsion over four decades, with suppliers from Ukraine (as the Russian OEMs were on Ukraine part before the mapping of Ukraine international borders) and USA. Gas turbines shall remain as preferred warship propulsor due to its multiple advantages like compactness, ease of use onboard etc. Apart from the seaborne use of the Gas turbines, India has large high capacity Gas turbines for electrical power generation as this technology provides some of the most efficient and fuel flexible electric power.

From weapons package to propulsion system …

Explaining the whole process, Milind Kulshreshtha, C4I expert & Strategic analyst, says, “The design of any warship is a complex process, in which the role of a ship predominantly defines the equipment fit and the propulsion package. The propulsor of a ship comprises a prime mover, gearbox and shafting correlated to a ship’s design and tonnage and it is the single most important factor for ship’s speed, maneuverability and endurance for successful operations in a Naval battle. The activity from finalization of the weapon package to the propulsion system takes years as part of the ship design process and this is a well-coordinated activity at the Naval Headquarter level.”

According to him, “The propulsion system of a warship falls under three main categories viz. Diesel Engine, Gas turbine or Steam turbine, with the modern designs also using a combination of these (like Diesel engine with Gas turbine). The ship’s propulsion system is fitted to provide service for more than four decades, primarily dovetailed to serve the ship throughout its life span. Such design complexities are the reason why we see multiple ships being built under the same Class of Ship designs like Projects P-28, P-15A, and P-16A etc.”

MT30 Marine Gas Turbines for Ship’s Propulsion – what is unique about this?

“The MT30 marine gas turbines are some of the mature and successful gas turbine technologies globally available to India, and the UK has agreed to supply these engines for fitment onboard Indian warships through the ToT route of HAL. Earlier too, HAL has carried out licensed work for UK’s Jaguar fighter jet engines Rolls Royce Turbomeca Adour MK 804 / MK 811 Engines since 1981,” Mr Milind Kulshreshtha tells Financial Express Online.

“The MT30 gas turbines are an aero-derivative gas turbines for marine propulsion, with an efficient power to weight ratio. They came with some advanced features like no operational limitations on re-starts and re-initiation of turbines any time after a normal stop or even after an emergency shutdown. Such features are presently not available in the conventional Gas turbines in use by the Indian Navy,” says C4I expert who has worked on the development of the indigenous Naval Combat Management (CMS) systems. 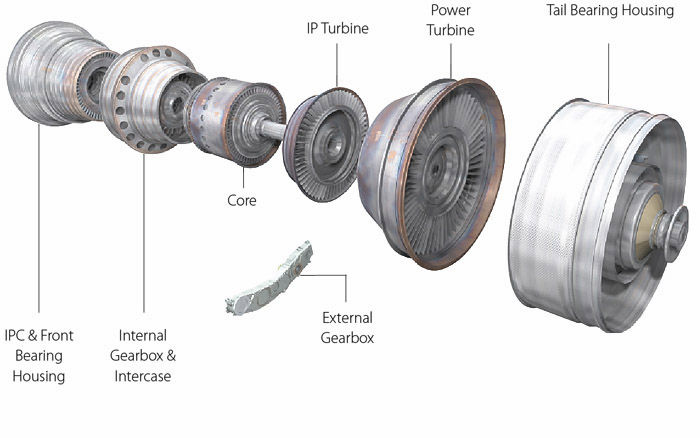 The MT30 turbines have low vibration levels, thereby making the surface ship quieter in water and, further, this improves its own ship’s submarine detection capabilities using the onboard sonars (due to lesser self-noise factor component).

“UK Royal Navy 65,000t modern aircraft carriers, HMS Queen Elizabeth and HMS Prince of Wales are some of the largest operational warships which utilizes the MT30 marine gas turbines. A fully integrated Full Electric Propulsion (IFEP) which comprises all propulsion systems and the ship’s electrical power generation through Advanced Induction Motor (AIM) technology provides an autonomous operation onboard. The MT30 technology has been in use onboard other modern US warships like the USS Freedom,” he adds.

“MT30 generator packages also provide the electrical power for the US Navy’s all-electric Zumwalt class destroyers. In fact, seven ship types world over are utilizing the MT30 technology for the ship’s propulsion. These includes Republic of Korea (for Daegu class frigates), Japan (for 30FFM frigates), Australia (for Hunter class), Italy (for Landing Helicopter Dock) and Canada warships. With the selection of MT30 gas turbines, Indian Navy too is now future ready towards achieving electrical propulsion for its warships, which has emerged as the technology of the 21st century,” Mr Kulshreshtha observes.

Does India have Gas Turbine engines? No.

Based on the information available in public domain, in 1961, the Indian Government christened Defence Research and Development Organisation’s GTRE (Gas Turbine Research Establishment) with the aim to design and develop gas-turbine engines for military applications and carrying out advanced research work in the area of gas-turbine sub-systems.

The Lab was also designing the indigenous Kaveri jet engine for Tejas project, which too has not seen the implementation phase in the last many decades.

Similar to fighter jets engine projects, another project of marine Gas turbines too has suffered various technical research shortfall to be ever deployed onboard a ship, leaving the Defence Ministry to operate warships with imported Gas turbine solutions. “This includes critical spares and parts supplies, which in turn makes India at risk of adverse effect of any sanctions. Even in the day-to-day running of these machineries, foreign OEMs are inflexible to undertake engine upgrades, limited and delayed after sales support etc.,” explained a senior officer who wished to remain anonymous.

Unfortunately, despite the efforts put in by DRDO to indigenize the Gas turbine technology, India has been always dependent on foreign suppliers for this technology.

Due to unsuccessful attempts to indigenize the Gas turbine technology by DRDO, even today the MT30 Marine Gas turbines are being directly handled by HAL as part of ToT with Rolls Royce, UK so as to be implementable onboard modern indigenous warships being manufactured by Indian shipyards. “While we are looking ahead for Atmanirbhar Bharat status in the Defence sector, the past reports of DRDO too requires a technology review, else investment in self-reliance through Government agencies may not give the desired benefits to the defence forces,” urged the senior officer.