More than a week into the Russian invasion of Ukraine, the Russian Air Force has yet to commence large-scale operations. Inactivity in the first few days could be ascribed to various factors, but the continued absence of major air operations and repeatedly Russian aircraft shut down by Ukraine now raises serious capability questions.

What happened to the Russian Air Force?

The most sensational news is probably the news that “the Russian ace pilot flying the Su-34 bomber was shot down”. The “Kyiv Independent” said that the reference No.24 Su-34 bomber was shot down near the eastern Ukrainian city of Vrnovaka, and the pilot was captured by the Ukrainian army. Photos circulated on social media showed that he had also participated in military operations in Syria.

unlike Ukraine’s previous propaganda, many of the reports about the downing of a Russian military plane this time are accompanied by relevant videos or photos, such as the process video of the downing of the Su-30SM and Mi-24, as well as Su-34, Su-25, Orlan-10, Mi-24 and other military aircraft wreckage photos, etc., ensuring a much higher level of credibility.

Of course, the information shared on social media is not entirely accurate. However, it is possible that it is the consequence of combining the results of the Ukrainian army in a couple of days, but in any event, the probability that “Russian Aerospace Forces suffered serious casualties in Ukraine” is true.

Then the question arises – who did the heavy losses of the Russian Aerospace Forces? The Russian military report shows that the Ukrainian Air Force still retains a certain amount of combat power. Russian Defense Ministry spokesman Igor Konashenkov said that the Russian military shot down four Ukrainian Su-27 fighter jets on March 5. There are also two Buk air defense systems.

However, the videos circulating on social media show that the loss of the Russian fighters on the 5th may not be caused by the Ukrainian Air Force fighters or air defense systems such as “Buk”, but portable air defense missiles such as “Stinger” or “Needle”.

It sounds unbelievable that a large number of high-value advanced fighters were destroyed by ground individual missiles, but this is likely to be true.

All the videos or photos of the downed Russian fighter jets have an obvious feature, that is, whether they are fixed-wing fighter jets or helicopters, they fly at a very low altitude, just in the strike range of man-portable anti-aircraft missiles. One of the attacked Mi-24 The helicopter is only more than ten meters from the ground, which provides a good opportunity for the Ukrainian army’s individual. In addition, many videos also directly or indirectly prove that the Russian fighter plane was attacked by ground-based portable air defense missiles. 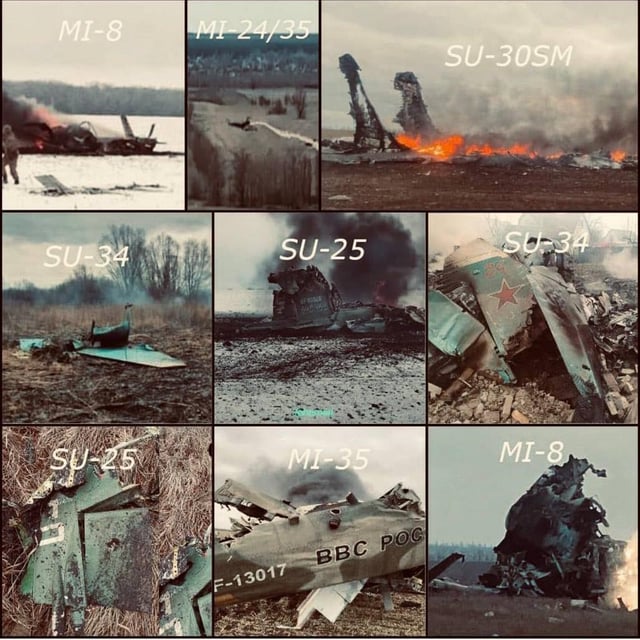 Although Russian fighter jets and helicopters are equipped with infrared jamming pods or directed infrared jamming systems, why is the Russian armed forces still losing so many aircraft? Past war shows that 80% of the pilots who were shot down by ground-based portable air defense missiles did not know when they were attacked. Simply put, they were the victims of a surprise attack.

Even so, the actual hit rate of man-portable air defense missiles is not high, so it is often necessary to organize multiple shooters to ambush together to improve the attack success rate. However, the disadvantage of this tactic is that it will expend a significant number of missiles. Recently, the US “Wall Street Journal” disclosed that the Ukrainian ambassador to the United States asked the United States to speed up the provision of “Stinger” missiles. “The existing missiles of the Ukrainian army are about to be exhausted.” It proves that the Ukrainian army may be using this method of tactics to ambush the Russian fighter jets. 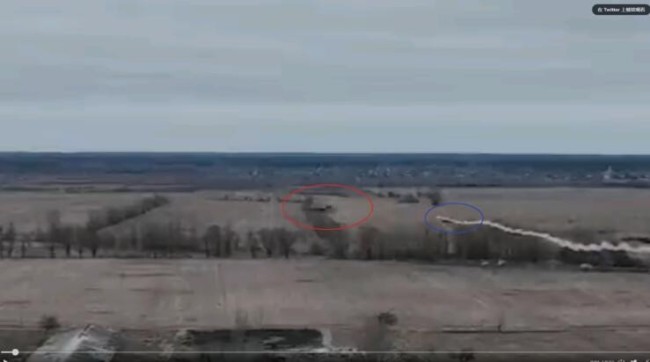 It’s worth mentioning that the tremendous outpouring of video of the Russian helicopter being shot down this time is extremely “strange,”. Because no one usually has the time to videotape the entire attack process near the ambush place. There is some info on Twitter is that this video is faked, however, there is still no strong evidence on this claim yet.

In addition, although portable air defense missiles are simple to use, they still require a certain period of professional training to use them freely. Before the Ukrainian army also widely used “Stinger” and “Needle” and other portable air defense missiles, but did not achieve great results. Many experts believe that there are various signs that this round of ambush against the Russian fighter jets is likely to be led by well-trained “Western volunteers”. Ukrainian President Volodymyr Zelensky has previously announced that the first batch of 16,000 “volunteers” are going to Ukraine.

On the other hand, the heavy losses of the Russian Aerospace Forces are also inseparable from the shortcomings of their own tactics. An increasingly obvious phenomenon is that Russian fighter jets widely use unguided munitions, commonly known as “iron bombs”, on the Ukrainian battlefield. In order to provide the hit rate, they must lower the altitude to strike more accurately, which provides an opportunity for the ground firepower of the Ukrainian army.

As for why the Russian Aerospace Forces lack precision ammunition? On the one hand, it may be related to the lack of relevant reserves of the Russian army. After all, in high-intensity wars, the consumption of ammunition is extremely fast, and the United States often throws thousands of precision-guided bombs and missiles. The tactics are really a bit too expensive. In addition, considering that it has only been less than two weeks since the outbreak of the Russian-Ukrainian conflict, and there is no sign of the war quelling, for the time being, the Russian army must reserve a certain amount of precision-guided weapons for emergencies, which further exacerbates the Russian military’s precision-guided weapons. shortages.

In addition, man-portable anti-aircraft missiles have only simple supporting equipment and lack night combat capabilities. But the Russian Aerospace Force’s attacks were largely concentrated during the day—not only in this Russian-Ukrainian conflict, but when Russia intervened in the Syrian civil war in the past, Russia The Air Force is also rarely involved in night attacks. The reason for this phenomenon is likely to be related to the night vision equipment such as optoelectronic pods of Russian fighter jets and the lack of specialized training – after all, both equipment and training cost a lot of money…

In any case, the performance of the Russian Aerospace Forces in the Russian-Ukrainian conflict this time is difficult to describe as “unsatisfactory”. The various lessons learned by the Russian military will have a significant impact on the global air force and air defense operations.